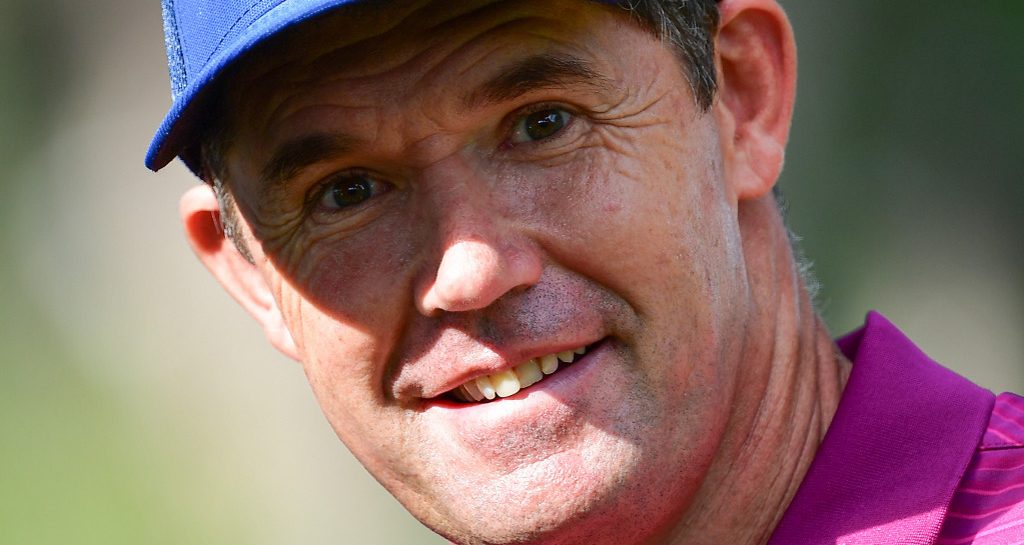 Matt Cooper is at the Regnum Carya Golf & Spa Resort in Belek this week as the European Tour’s 2018 Race to Dubai nears its conclusion.

There are few joys in the game like Padraig Harrington answering a question.

He narrows his eyes, tips back his cap, rolls back on his heels, quietly chuckles to himself and then delights everyone with answers that are part stream of consciousness and part the consequence of hours of inner thought. After his first round 65 he was on top form so let’s leave him to it:

On playing the two main tours: “I love playing in the States. I really enjoy it. But not being in the world’s top 50 puts you under so much stress trying to play both tours. The courses suit me better in Europe with a fraction slower greens and I’ve got a good enough short game that just opens up so much opportunity. When you’re just slightly off pace in the States, it does feel so much like a sprint.”

16th tee here reminds me of a Poirot story. "So, 'astings, we 'ave a swimming pool and two inflatable golden swans-" "But dash it, Poirot, the floating tray of fruit kebabs – what's the significance?" "Ah, Mon Ami, there is always significance. Employ the little grey cells." pic.twitter.com/20jxOtWu1T

On filling tour time: “I missed a lot of cuts this year in the States. You can miss a cut in the States Friday morning, and you play your next round of golf Thursday afternoon. That’s six full days and this is why a lot of Europeans have struggled in the States. Six days is a lot of time to fill. You’re kind of a little embarrassed to turn up and practise on Saturday and Sunday on the range. You don’t want to be there and you can only hit so many balls. When I was younger, I hit those balls, but now, it’s really hard those six days. The other thing is, the practise you can do on a range is pretty poor. It really is. It really is questionable if the practise you do on a driving range is of any benefit.” 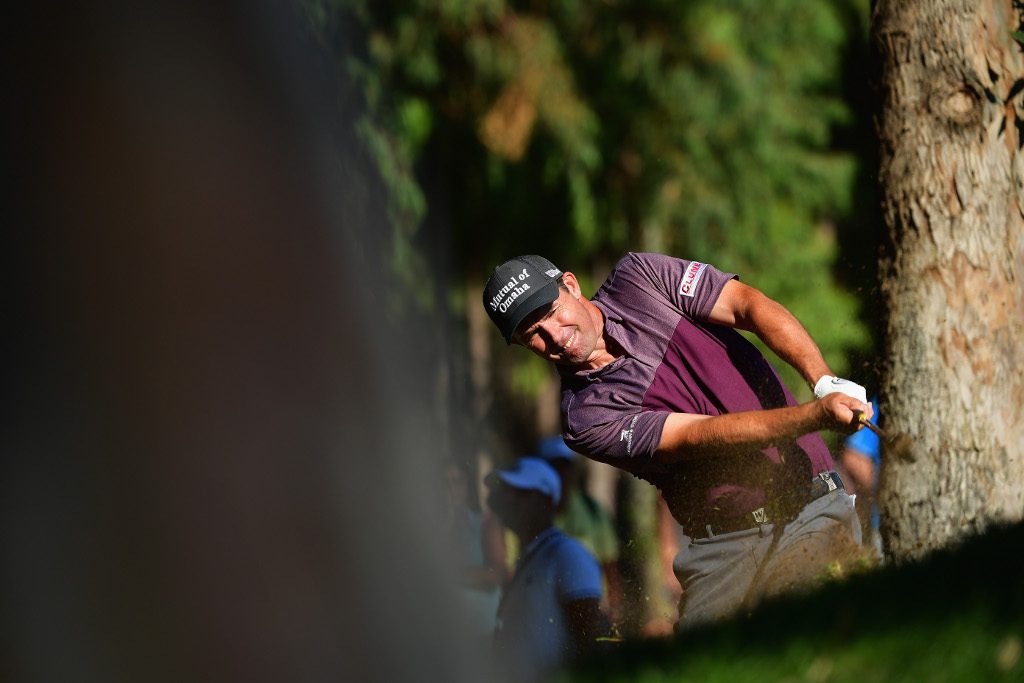 On being this side of the Atlantic: “You miss the cut in Europe, you’re home. You get your head sorted. You don’t feel so bad once you get home and then you can have a couple of days practising. I missed the cut this year in Wentworth and I was home for tea. It was like somebody gave me a bonus for missing the cut. It was like somebody says, hey, look at you, you get home and you’re sitting there having your tea that evening at home. That is just phenomenal, the difference in how I felt.”

On the answer to the above dilemmas: “If I was playing great golf, I’ve got to say, it wouldn’t even be question. Because when you’re playing well, you’re busy all the way to Sunday. You’re having a rest Monday and you’re resting into next week, and then you’re building up. Great. And when you miss a cut, all of a sudden, you just don’t know what to do with yourself. The answer? Don’t miss so many cuts.”

Renato Paratore in the Carya trees. Passer-by tried to pocket it. "No, no, no! It's his." "Who's?" "That golfer." pic.twitter.com/BgDqLQVkiu

On the future: “There’s nothing that really changes my legacy in the game. (Wry chuckle, a raised eyebrow.) Maybe winning a Ryder Cup as a captain, that might help. But even winning another major, going from three to four, doesn’t really change much. Winning another tournament doesn’t, but I actually really like it. I enjoy doing what I do. I actually figured that out. There’s times when it gets a bit frustrating. But I thought about it and said, you know, I enjoy playing golf. This is what I want to do. I don’t want to do anything else. I want to come out and win. And I think I can. In my head, I believe I can go and deliver and do the stuff. Yeah, the actual playing I’m quite interested in. As I said, I do find the practice difficult. I played nine holes here Tuesday morning and literally, it was the hardest thing ever. I don’t have that enthusiasm any more, but I do have the enthusiasm to be out scoring on the golf course, card in my hand.”

This particular week and location hold great significance for Finland’s Tapio Pulkkanen. First, the date: it is exactly 12 months since he graduated from the Challenge Tour as the number one ranked player. For coach Tommi Nousianen, who is walking the fairways at Regnum Carya, it was a particularly emotional event because they had been together for over ten years and the journey had often been hard.

Prior to his breakthrough Pulkkanen was a four-season veteran of the Challenge Tour, but had achieved little. In fact, after opening the 2013 season with second place in Spain, his next 49 starts witnessed only 12 cuts made and a best of T30 (which was on home soil).

Desperate to break this pattern of under-performance he spent the early months of 2017 in Florida, working on his wedges to maximise his length from the tee, and then returned to Europe for his first start of the season.

Also, with his hat, there's a touch of Smersh agent Donald 'Red' Grant (Robert Shaw) about Tapio Pulkkanen. Appropriate given From Russia With Live started in Turkey. pic.twitter.com/RKhHtmlP21

Which brings us to the location: the town of Belek, 25 minutes from Antalya on the southern coast of Turkey. Twenty years ago it was wasteland and sand dunes. Now it is a hotbed of all-inclusive resorts and golf courses.

Pulkkanen knows the town well. “I played the Turkish Airlines Amateur Championship here,” he told me this week. “I’ve also travelled here for practice. I spent a week on this course a few years ago.” 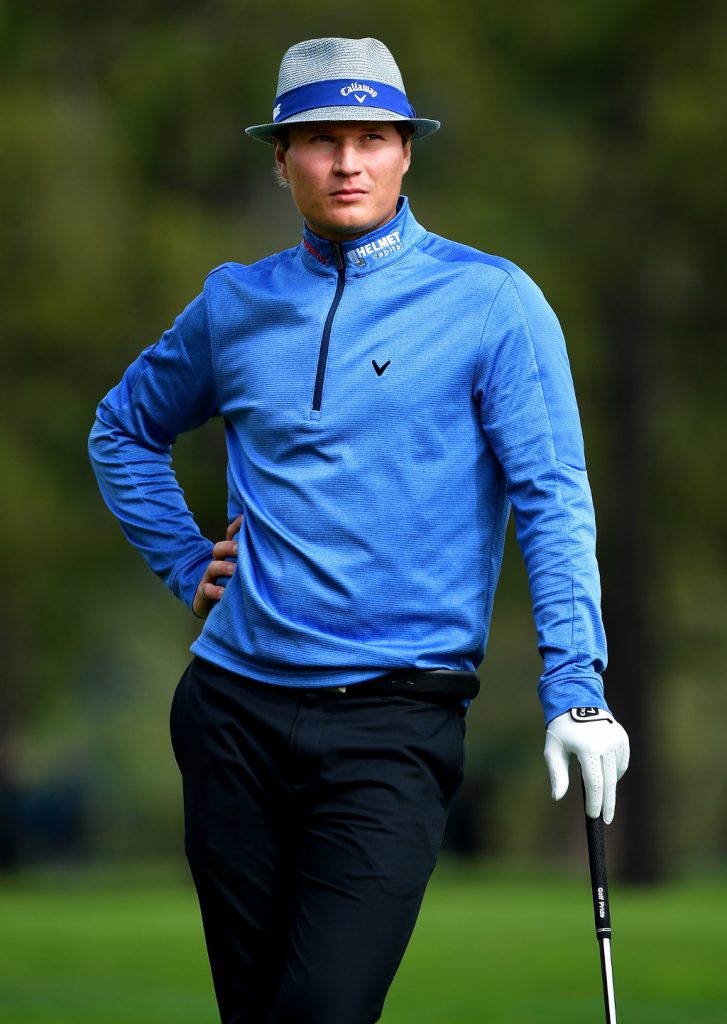 The perfect spot, therefore, to book-end his remarkable rise in European golf because it was also here that he made his 2017 bow after returning from the States.

It came in the Turkish Airlines Challenge at Gloria GC, less than a mile from Carya, where he smashed a first round 62 on his way to another second place – and this time it was no mirage. He would add another four seasonal top six finishes, including victory in the Kazakhstan Open, to gain the best European Tour card on offer to the graduates.

His appearance this week may well mark the conclusion to his season and that fact he is here proves that it has been a successful one. An early third place in the Joburg Open suggested he had the game for this level, but struggles followed until he was fourth at the Dunhill Links Championship, in one fell swoop retaining his card and granting him the chance to complete the Turkish Airlines amateur, Challenge and European Tour hat-trick.

Pulkannen has threatened the lead in both rounds so far this week, but currently lies T31st after 36 holes. 92nd on the Race to Dubai he is gunning for a big weekend to continue his season.

"Be invisible. The presence of members of the press can distract from the quality of the game."
The etiquette guide from the local golf federation absolutely nails it. pic.twitter.com/r2G5CeAc3k