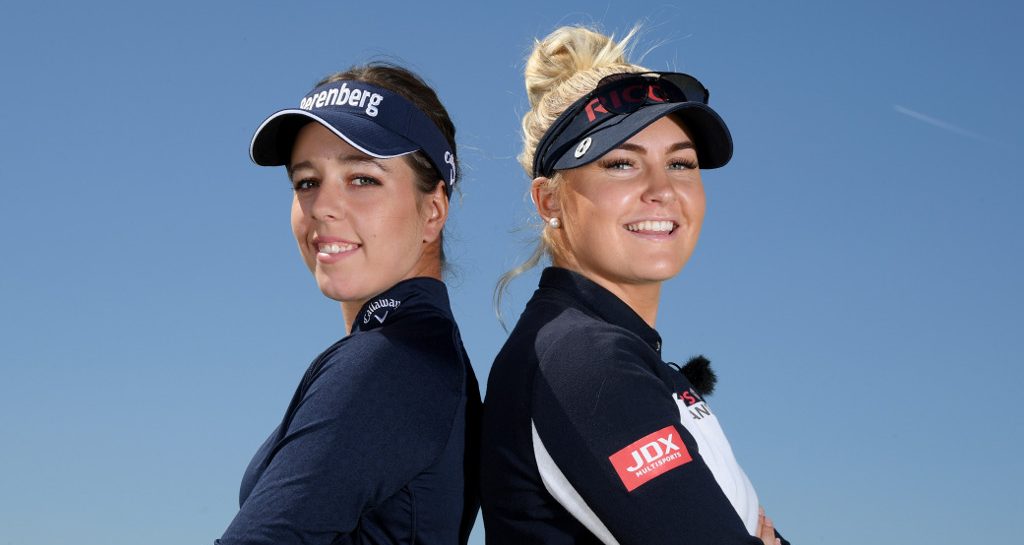 The players’ arrival to the first tee at the GolfSixes bears a vague resemblance to the moment when contestants return to the stage in Saturday night television’s Stars in Their Eyes. 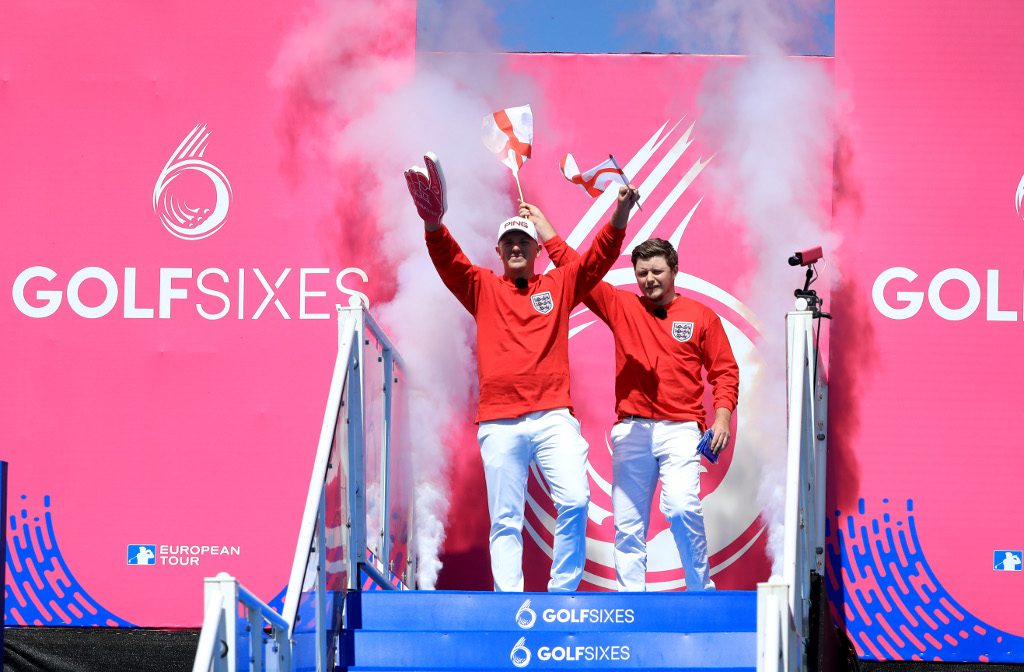 But when the four golfers hit the tee box there was no pretending. Instead, all four golfers were straightforwardly themselves.

The opening shots of the men revealed a few nerves. Hull, too, admitted: “I was more shaky to begin with than when playing major.”

But what followed was typical Hull. Insouciant, jaunty, brilliant. She smashed her 7-iron, fancied it from the get-go (“Oh yeah, I liked it, you know, I sort of thought it was pretty good”), it settled inches form the flag. Guaranteed birdie, 1-0 to the women.

What Pepperell and Wallace did in response was equally typical of two characters well-suited to this first European Tour foray into mixed golf. They turned from the tee, ran back up the steps and through the entrance, mock despairing at their future hopes against the two highest world-ranked players in the field.

If that was the perfect introduction for a match which promised so much for the event and for women’s golf in the United Kingdom and Europe (perhaps even beyond), then the finish was even better, with the match now tied at 1-1.

At the par-5 sixth hole Hull lashed her fairway wood approach onto the green, leaving her team-mate with a 20-foot eagle opportunity. Pepperell responded brilliantly with a mid-iron to tap-in range.

Under that boiling hot sun Pepperell and Wallace sweated in their pyjama-style attire; Hull watched on, the result out of her hands; and Hall? Behind her wry smile is steel: she drained the eagle putt.

Nerve, skill, bravado, and an honourable draw between the compatriots. 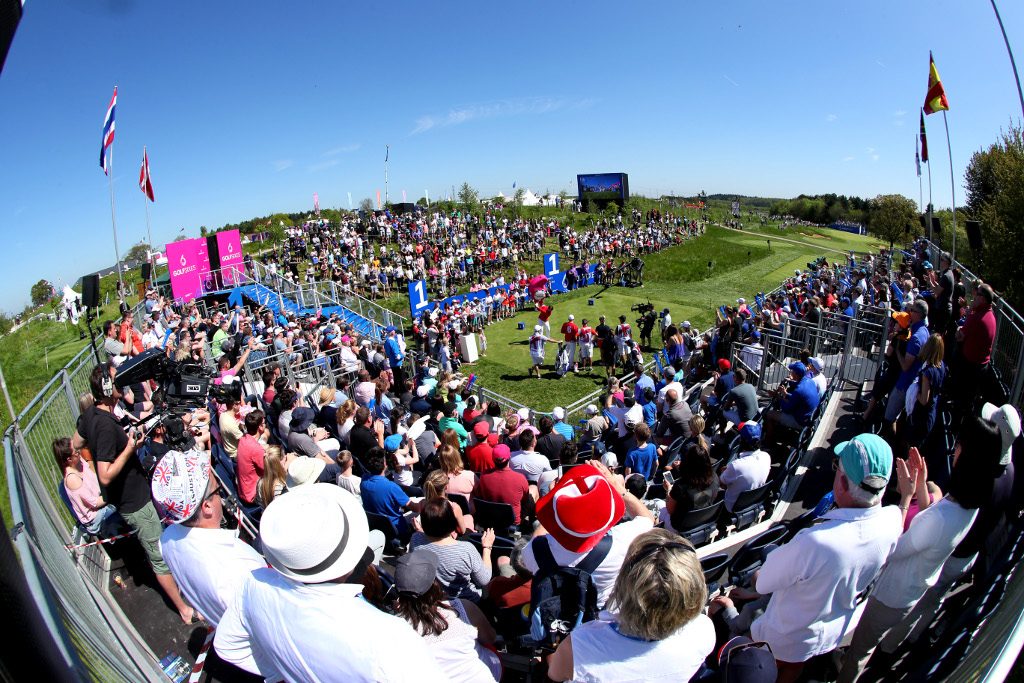 By the end of the day both pairs had forced their primacy on Group D and progress to the quarter-finals. The men will play France on Sunday, the women Ireland.

Elsewhere on the course the European Women, comprising England’s Mel Reid and Spain’s Carlota Ciganda, got off to a tough start. They opened with a clash against the Americans Daniel Im and David Lipsky who knocked their tee shot stiff with the very first action of the day (the only sour note of which was a fool in the crowd who yelled “shank” at the top of Lipsky’s back swing; watching Tour CEO Keith Pelley acted quickly to demand no repeat of the inept and boorish banter).

At the second hole we were introduced to a theme of the day: non-stop music playing from speakers positioned in the trees and behind greens. It worked. Really. Hip hop, rock, RnB, dance, even a bit of nostalgia. There was nothing unruly about it. Instead it felt normal. 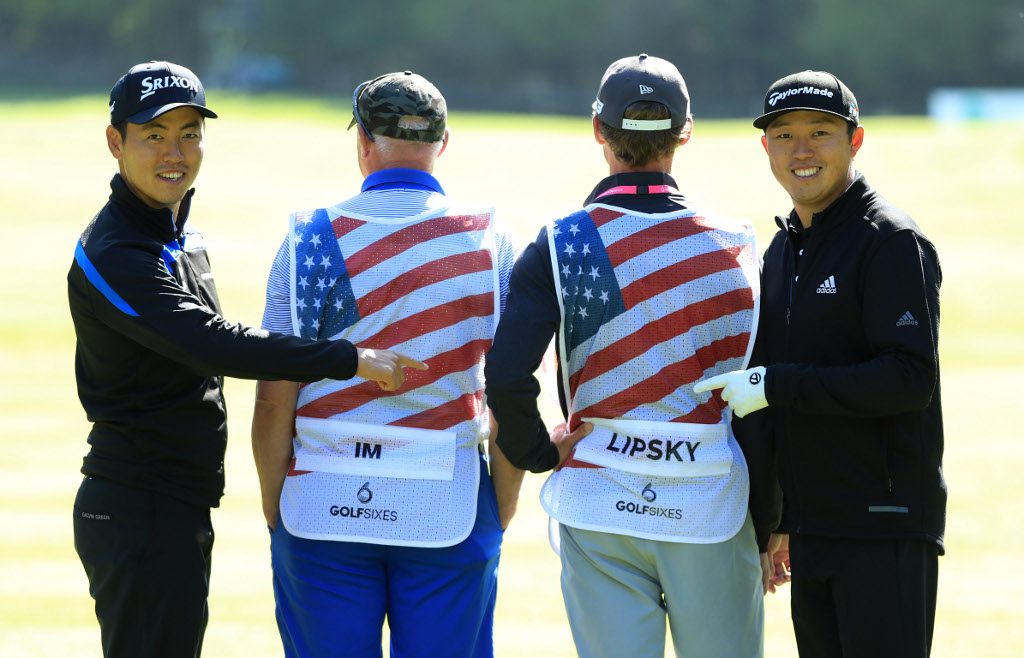 It was also occasionally and accidentally brilliant, as when Lipsky gave the American a 2-0 lead holing out from a bunker as “Get Lucky” echoed around the green.

Reid and Ciganda lost that match, but drew with Denmark and then raced into a 3-0 lead over Thailand. Ciganda lined up a putt on the fifth which would have earned qualification for the last eight. From the trees Daniel Bedingfield urged: “Gotta Get Through This.”

As it was the putt slipped by, but they won the match and then learned that Denmark had drawn level on points and also holes won; a play-off hole was required. Denmark blinked, three-putting from inside their opponents.

.@melreidgolf and @carlotagolf are delighted to go through after an incredible play off win over reigning champions Denmark. #GolfSixes pic.twitter.com/V91FxZLpnF

“This is massive for European women’s golf,” said Reid afterwards. “It’s just massive. We need this. I think we, and Charley and Georgia, we’ve shown what women can do.”

They had. Moreover they had done so in front of crowds which differed from the normal British golfing gallery. This day was a success off the course as well as on it and for similar reasons: More families, more children, more women.