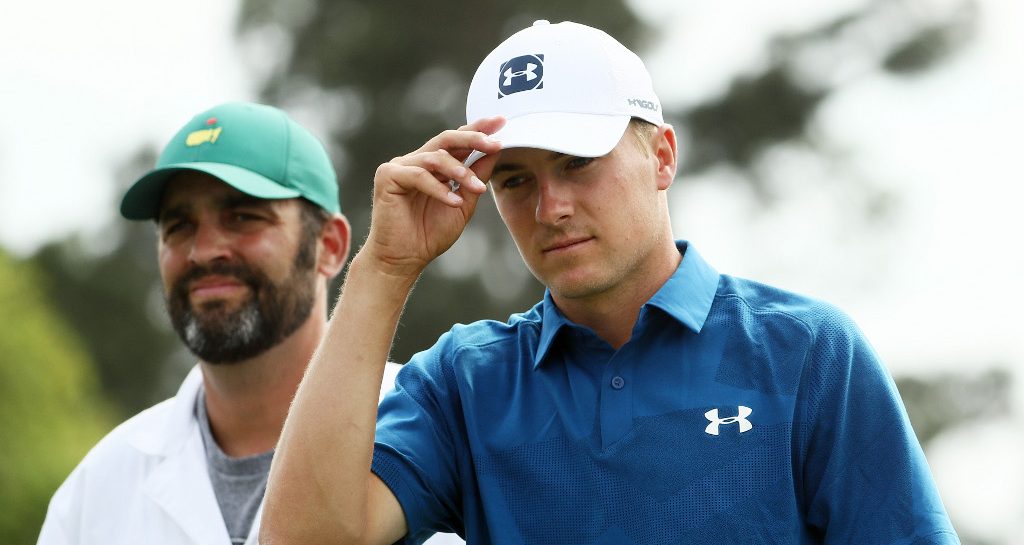 Jordan Spieth was at his brilliant best in round one of the US Masters.

It was a familiar story for the American at Augusta National as he made a string of birdies – five in a row at one stage – to post a 66 and lead the field by two shots.

Remarkably, it was the ninth time in his brief 17-round career at the Masters that he’d finished as leader/co-leader.

Spieth had made three bogeys in his opener, but so what? He’d more than compensated with seven birdies and an eagle.

Not the start Jordan Spieth was looking for. pic.twitter.com/6zps5npCxl

However, mistakes around Augusta National will eventually kill you and Spieth started the second round with two big ones – a double bogey at the tough first hole followed by a dropped shot at the par-5 second.

Another stroke went at the seventh before he stopped the bleeding with a run of pars along with his virtually obligatory birdies at 13 and 15.

In other words, still in fine position to launch a second title bid on the weekend. 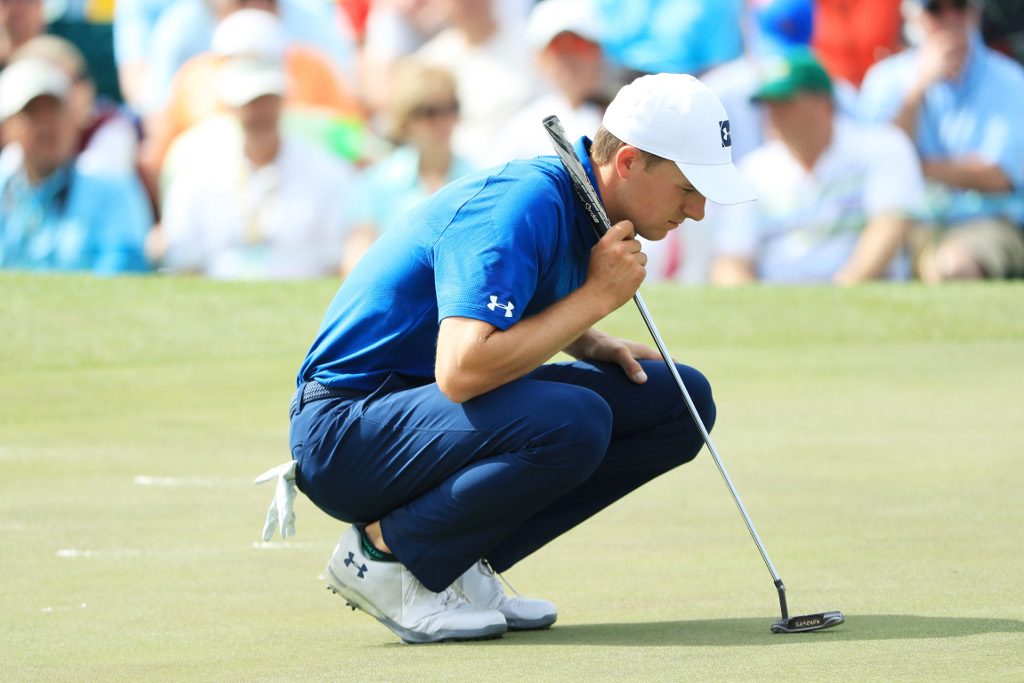 However, Spieth is flirting with danger.

A look at the scorecards of past Masters winners shows that eliminating errors is the fabric from which the green jacket is sewn.

The worry for Spieth is that his bogey or worse count already sits at +7 after five bogeys and a double.

It means his tally after 36 holes is already higher than the error count registered by Phil Mickelson and Adam Scott over the full 72 holes when they won in 2010 and 2013 respectively. 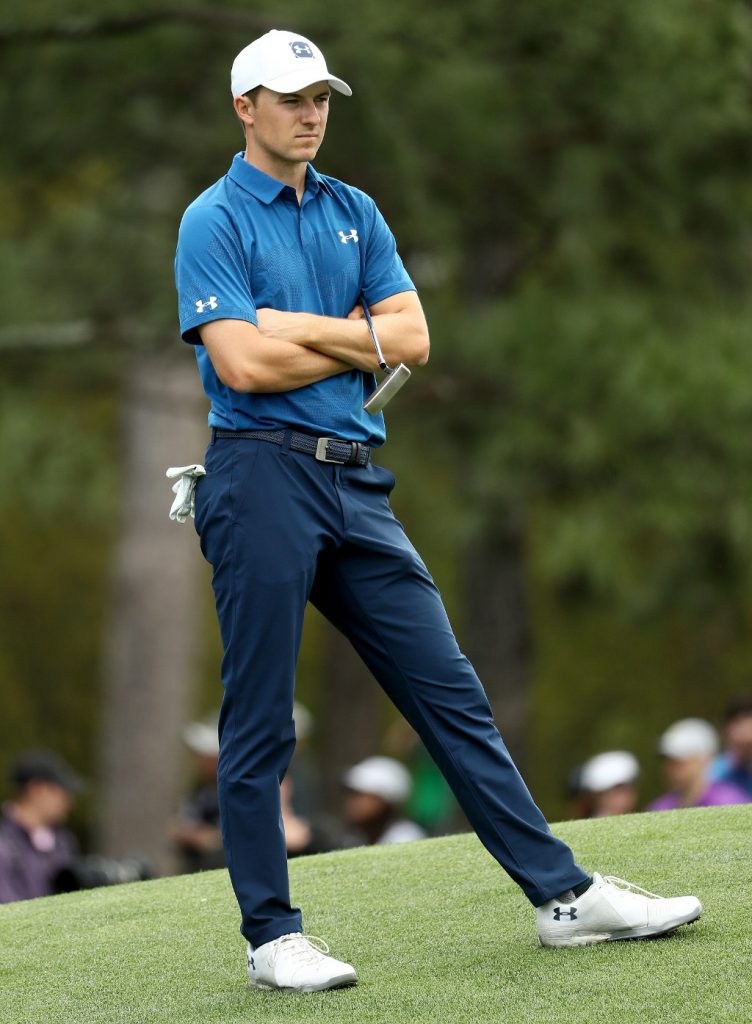 At this rate, Spieth is on target to have a bogey or worse count of +14 and that’s way too many. History is very clear; hit +11 and you’re a busted flush.

The next question is obvious. What are the bogey or worse counts of the leading players so far? Here’s the current leaderboard with their bogey count in brackets. 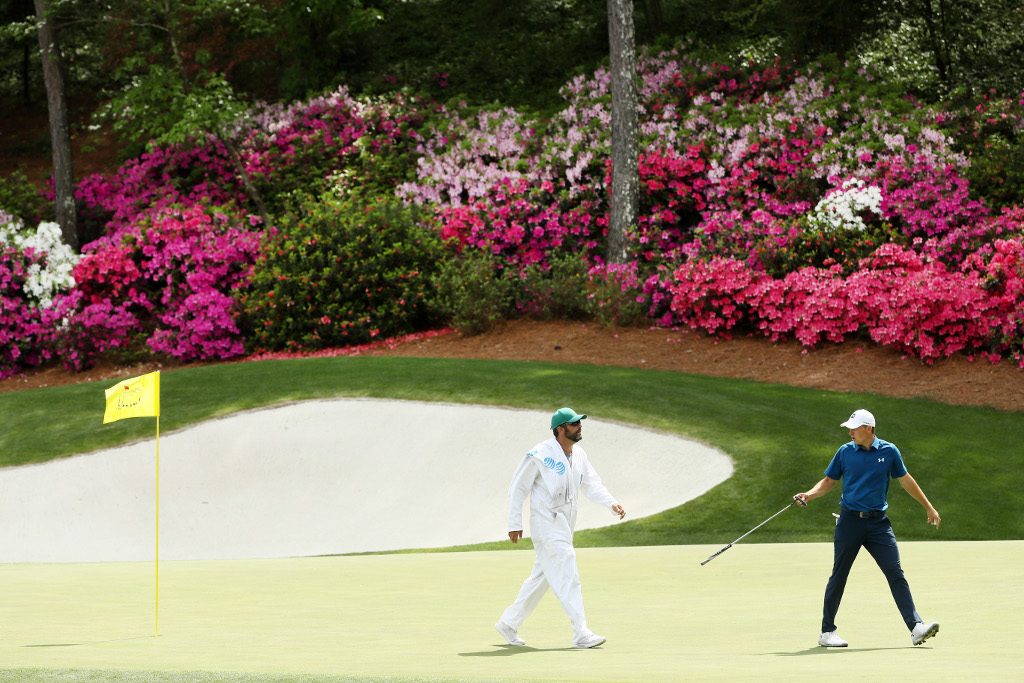 Spieth, Oosthuizen and Rose don’t have much leeway at all from this point. Thomas and Hoffman are on the high side too.

Notably, seven of the last 10 Masters winners have actually ranked first for Bogey Avoidance in the week of their victories.

On the stats so far, Leishman is playing the most consistent golf, with Rory and Bubba also doing an excellent job of keeping the bogeys off their cards.

We’ll know more after round three but, right now, the numbers say that Spieth is in a weaker position than the leaderboard might suggest.