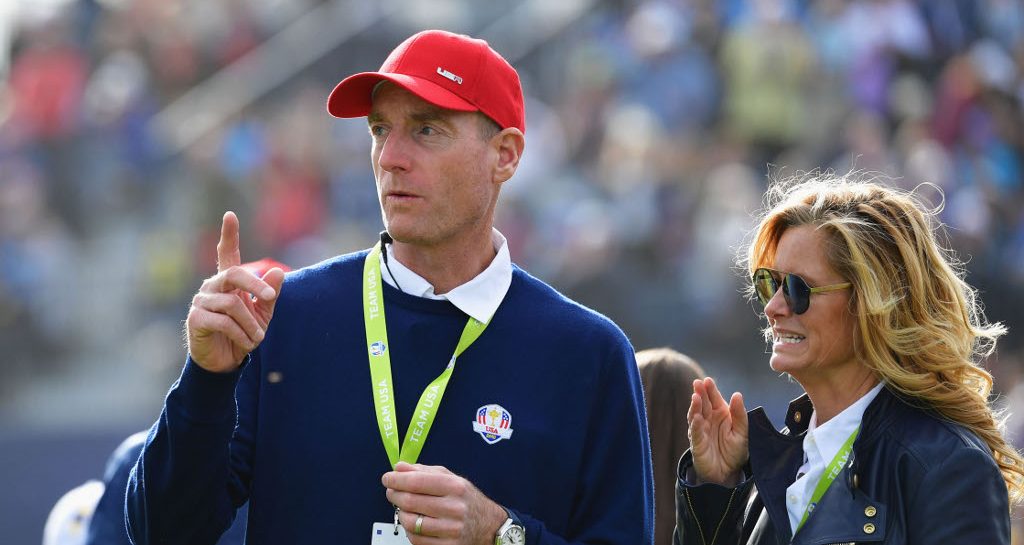 After a disastrous Ryder Cup for the USA, Jim Furyk shouldered most of the blame. A week post the conclusion of the event, he has taken time to address the media about a number of stories that emerged in the wake of the match.

The final score line read 17.5-11.5 in favour of the hosts. Yes, the American team that was believed to be the greatest of all time were not just beaten, but they were beaten badly.

The USA needed a scapegoat. And for the most part, captain Furyk, was the target for criticism.

With the dust close to settling, the American skipper has now addressed a number of issues, claims, reports and rumours when he sat down with Golf Channel insider Tim Rosafort to clear the air.

Reed knew he wasn’t playing with Spieth well in advance

Patrick Reed told the New York Times last week that he was “blindsided” by not being paired with his previous partner, Jordan Spieth, at the Ryder Cup.

Furyk has rubbished that claim, explaining that Reed was informed well before the Ryder Cup that he would be partnered with Tiger Woods.

“When I started looking at who Tiger would pair well with, I kept coming back to Patrick Reed,” Furyk said.

“There was always the idea that we could go Tiger and Justin Thomas, and Patrick and Jordan, but ultimately they knew going into the week, weeks in advance, they knew they would start the Ryder Cup with Patrick and Tiger being partners.”

The American team were slammed for not being prepared for the tight fairways, heavy rough and speedy greens at Le Golf National.

Furyk has revealed that he was fully cognisant of how hard the course would play and was not caught off-guard by the tricky layout.

“I knew they would set that golf course up in a fashion that suited their players,” he said.

“One of our biggest obstacles to overcome was always going to be that golf course, trying to learn it in a short space of time.”

Multiple reports alleged that Dustin Johnson and Brooks Koepka had to be separated at the Ryder Cup party on Sunday night. Many sources denied anything of the sort, including Koepka himself.

Furyk has affirmed that there was indeed an incident but that the two have patched things up since.

“Whatever altercation started, or what happened, it was very brief,” Furyk said.

“It was very short. Neither one of them really took anything out of it.

“They’re like brothers. Brothers may argue, brothers get into it. But they’re as close as they’ve ever been, and it really had no effect on either one of them.”

Furyk would do it all again with the same players

Many have suggested that Furyk had the wrong group of players in France and that he got his captains picks muddled.

Furyk believes that he had the right team and would tackle Europe with the exact same personnel if he could have his time again.

“I’d take those 12 players into the fire any day, on any course and I still would,” Furyk said.

“Last week didn’t work out the way we wanted, but I love those guys and I love what we had together in the team room.”

Furyk will lead the USA again in 2020

In the history of the Ryder Cup, there have only been two American captains (Walter Hagen and Ben Hogan) who have skipperred the stars and stripes in consecutive meetings.

Furyk will not become the third at Whistling Straits.

“Right now, what I’m focussed on, is I really want to help the next captain,” he said.

“I think I have a lot to offer to the next captain.”

So, there we have it, Furyk has had his say. This isn’t over though. Expect Reed and co. to hit back shortly.