FEATURE: Ten top tips you can learn from the PGA Tour stars – including Tiger Woods 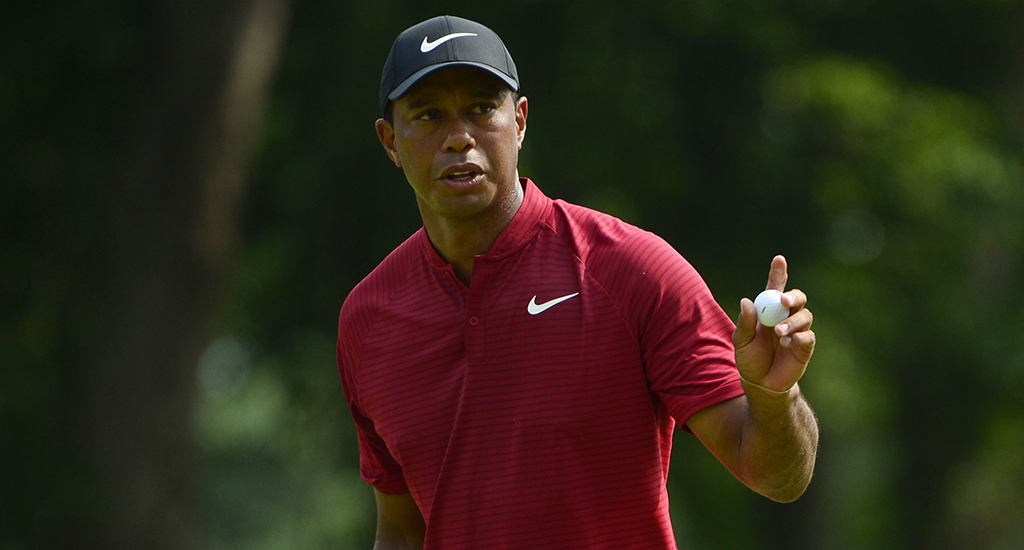 Looking to improve your game? Jordan Fuller of the exceptional Golf Influence blog is here to help you with some top tips from the top pros – including Tiger Woods.

If you are struggling in a specific area of your golf game, then a great place to find useful advice is from the mind of a PGA Tour golfer. These talented golfers have made it their life’s work to find the best way to shave strokes and maintain consistency over the course of their careers.

One of the longest hitters on the Tour, Bubba Watson, has found unique methods for achieving success. The two-time winner of the green jacket at Augusta, Watson doesn’t believe that amateur golfers need swing overhauls and more time with the coach to solve their problems on the course. Instead, Watson encourages beginners to see a club fitting specialist for immediate help.

There are two slight changes you may need to make with your driver that Watson believes will instantly help your game off the tee box. The first is using a shorter shaft in your driver.

The other detail that Watson believes is overlooked by amateurs is the degree of loft of the driver. Watson feels that a simple tweak will have you potentially adding tens of yards of distance: the quickest shortcut to more distance is getting a driver with more loft. Plain simple.

The 2013 Masters winner began to lose distance in his drives until he realized that his body position at address needed a small tweak of the hips. With the help of his coach Brad Malone, Adam Scott found that his loss of upward angle, most notably, through his hips was sucking the distance from his tee shots.

After Scott’s ridiculously good 2013 season, he felt that his body was tightening when he addressed the golf ball. With an emphasis on increasing swing speed and rotation, Scott began to tilt his hips forward during his setup. 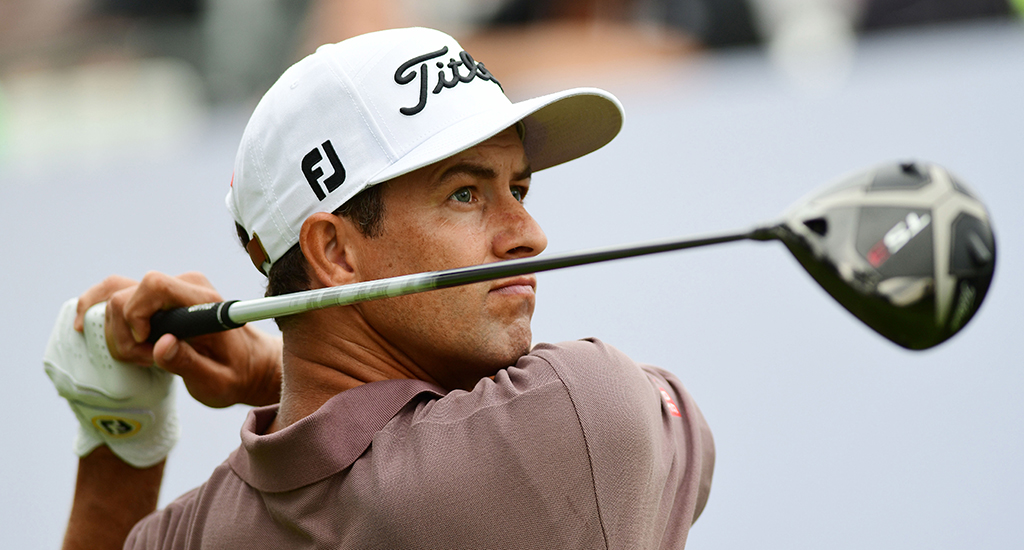 Brooks Koepka was a force on the PGA Tour in 2018. With wins at the U.S. Open and PGA Championship, Koepka had his best season as a professional, and that was in large part to his play from the fairways. Although many believe that Koepka is a long hitter off the tee box, few see how understated he was when striking his second shots.

The control he shows on his entry shots into the green is one of the big reasons he was able to cash in numerous birdie attempts during his two major wins this season. His tip to amateurs who want to dial down their swings for more accuracy is simple: take one club extra from a particular distance and swing the club at 75% effort. You’ll know you’re doing it right if it feels like the club is trailing your body’s rotation toward the target.

For the three-time major winner, hitting the ball solidly from the fairway is the only way to conquer par 4s on the golf course. Spieth emphasizes creating a routine for locking in quality contact that will give him solid birdie chances throughout a round.

For Spieth, the routine gives him the focus of making ball-first contact with his irons. With this, your distance and accuracy will skyrocket.

Another way Spieth makes sure that he is getting the right contact is by keeping his arms extended through the impact zone where the iron comes into contact with the golf ball. After holding your posture steady through the swing, he recommends to also keep your arm extended.

A common problem that amateurs face when dealing with a mid-range pitch shot of 30-40 yards is whether to go high into the air or keep the ball low to the surface. Phil Mickelson has been known throughout his career as a master of short, and he has a stellar tip for both situations that will have you tapping in par putts in no time.

For low pitch shots that land short of the hole and run to the flag, Mickelson wants his sand wedge to face square to the target while positioning the ball toward the middle of your stance.

For higher pitch shots that carry more toward the hole and land softly, Mickelson suggests using a higher-degree wedge such as a 60-degree lob wedge. These shots are more difficult in execution, but Mickelson doesn’t believe that this should dissuade you from utilizing this tip on hitting higher pitch shots.

The 2016 U.S. Open champion is known for his fantastic wedge play from longer distances on the course. Many call Johnson an “assassin” with the wedge, especially when he is in trouble, and needing save par.

Johnson’s focus when standing over the wedge is simple. To hit the wedge shots tight, he recommends to make a shorter, wider backswing.

Especially for longer swingers, like Johnson, the tip of getting shorter to the ball is a terrific way of saving strokes. However, Johnson knows that for longer hitters, the idea of being smarter rather than stronger is a hurdle to overcome. 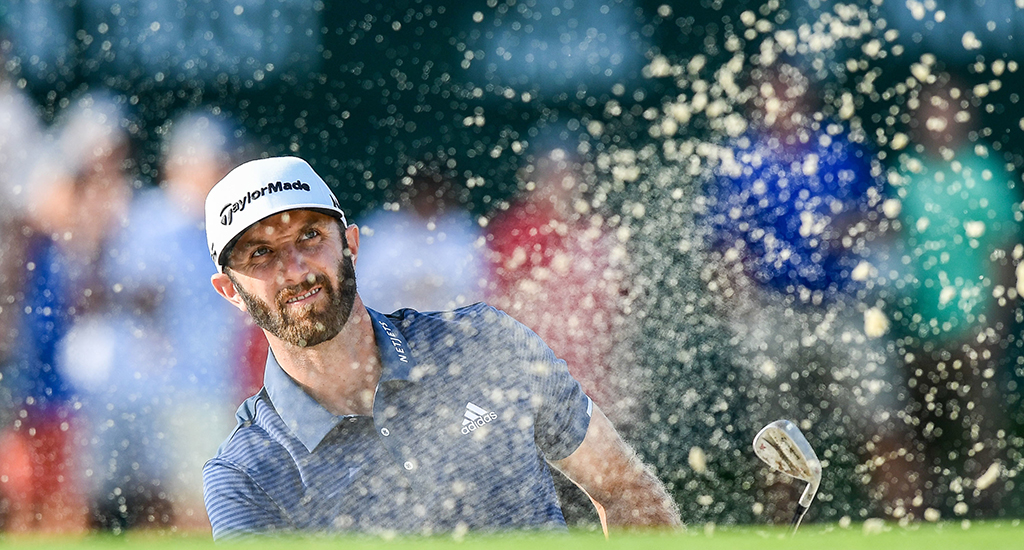 Fresh from his 2018 FedEx championship, Justin Rose has established himself as one of the steadiest putters on tour. After moving to a claw-style grip, Rose saw his numbers on the green improve dramatically. Rose believes the change in grip from a traditional-style method has saved his game.

Rose utilizes three steps before each putt to focus his mind on the task at hand. The first step is building a good picture in your mind about the putt—seeing the path that the ball needs to take.

After gaining a strong sense of visualizing what the putt is going to do on the surface of the green, Rose moves onto his second step. The second thing that matters is really three things: rhythm, tempo, and speed.

And finally, the most critical step is that Rose always wants to make a steady stroke through the golf ball.

Tiger Woods’ dramatic win at the 2018 Tour Championship came with a phenomenal performance on the green. Woods made more putts over 15 feet in the Tour Championship than he had in any tournament in over a decade. With his putting locked in, Woods offers a great drill that keeps amateurs focused on striking their putts with a square clubface.

Woods wants the putter to finish to the inside of the stroke. When you hit the putting green, think about a shallow arc like Woods is describing here. The putter comes inside the golf ball on the takeaway and finishes to the inside on the follow through.

Woods utilizes a one-handed putting drill to keep his stroke on the inside to inside arc. Especially during practice rounds, Woods likes to putt balls with just his right hand from intermediate distances, think 10-to-15 feet, to hone his feel on the greens. If the greens are slow, the Woods will adjust his putter with a small addition.

Mental Side of Golf

Justin Thomas’ Tip for Taking Your Range Shots to the Course

Justin Thomas grew up on a golf course. His dad, Mike, was a club professional throughout Justin’s youth, so it wasn’t uncommon to see Justin hitting on the range all morning and then playing on the course until sunset. With Justin never having to worry about leaving the golf course, he was able to put in place a strong practice routine that he carried to the PGA Tour.

When Thomas moves onto this irons on the range, he believes that amateurs don’t pay enough attention to their current shot shape. 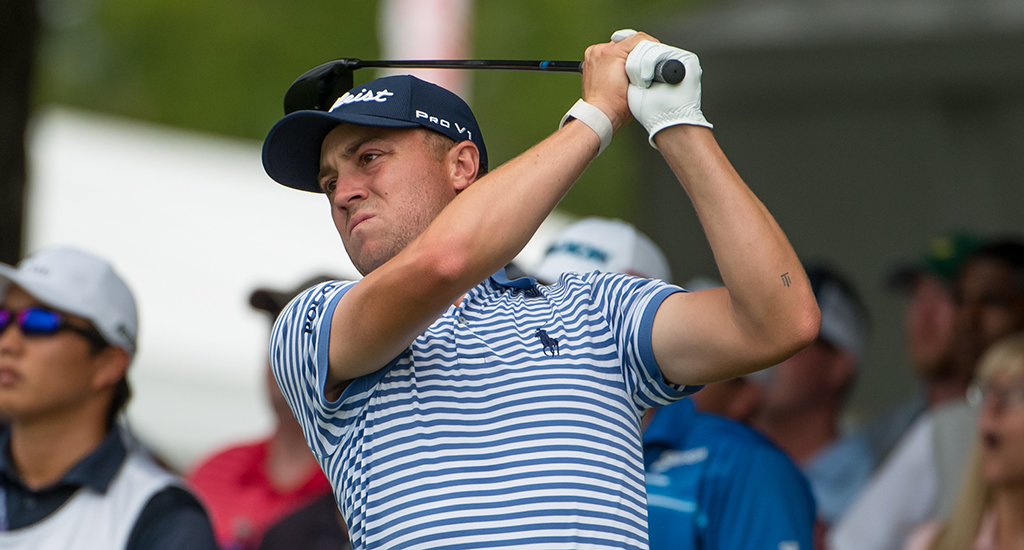 One of the most unique pre-shot routines on the PGA Tour is from 2015 PGA Champion Jason Day. Before Day approaches the golf ball, he stands behind it and closes his eyes in an attempt to calm his mind and visualize his shot. His pre-shot method is an excellent way for amateurs to slow down their mind and hit better shots more consistently on the course.

Day sees his upcoming shot precisely with the flight path he wants the ball to perform. For example, if Day needs a low left-to-right shot to a tucked pin in the back of the green, then the Australian visualizes during the eyes-closed step of his pre-shot routine.

Despite the time it takes to visualize his shot, Day knows there is no better way for him to prepare for a shot.

Want to hear more from Jordan? Check out his excellent blog at https://www.golfinfluence.com/