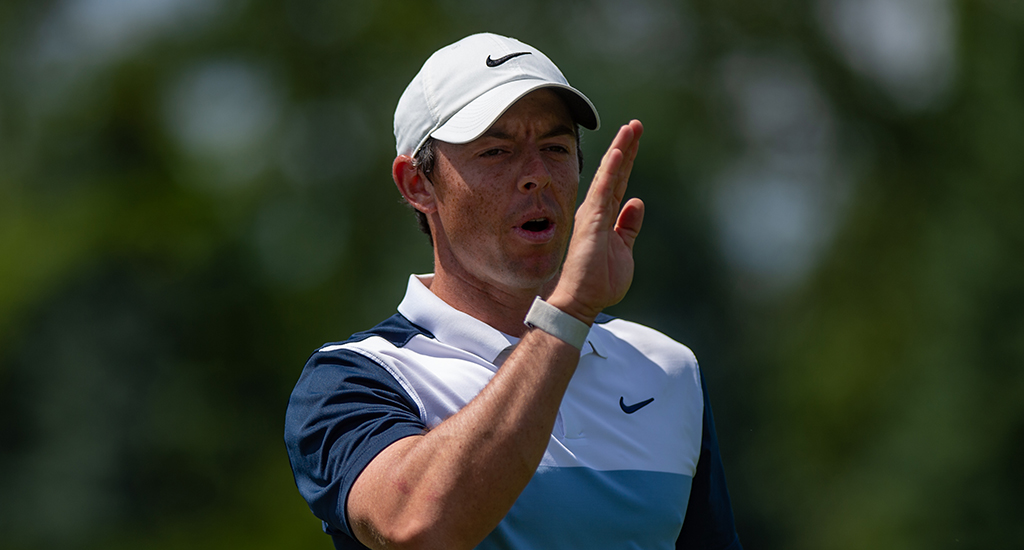 As the Dunhill Links Championship brings the curtain down on the season’s activities in Britain and Ireland Matt Cooper looks back at the highs and lows, with Rory McIlroy’s Open nightmare featuring.

The British Masters at Hillside

Tommy Fleetwood’s home coming and Southport was out in force for its favourite son. In the circumstances his top ten finish was a tremendous effort because to watch him stroll from the clubhouse to the first tee was to appreciate the number of people who know and love him. Non-stop distraction and yet the smile never left his face.

Sweden’s Marcus Kinhult proved his links savvy to claim a maiden European Tour victory whilst Robert MacIntyre grabbed the first of three second places finishes in his rookie campaign. The Scot’s cheeky chops face has the look of a ten-year-old whose been caught with his hands in the sweetie jar, but he’s got a serious game, reiterated when he claimed a tie for sixth in his Open debut.

The Irish Open at Lahinch

Robert Rock had a putt for a 59, Lahinch became a party town and Jon Rahm offered more proof that he’s learning to curb his temper.

Rock’s putt briefly looked like dropping before he tapped in for a 60. The town closed its street at night and punters poured from the doors of the pubs as smoothly as the Guinness flowed from the taps. And Rahm was imperious in the final round, his 8-under-par 62 turning a five-shot deficit into a two-shot win, twice resisting the implosion that has hurt him in the past. There was a time when he turned green for much the same reasons as the Incredible Hulk, to inflict damage upon inanimate objects and himself, now it is because he’s so in tune with the Irish Open.

The Scottish Open at the Renaissance Club

Alas this was no rejuvenation of a fine tournament run by a fantastic sponsor (they also support the LET/LPGA Scottish Open and Scottish golfers in general) because the venue is not quite links and the weather was comically benign. As a consequence the scores were low and the tournament’s rating as Open prep, previously sky high, was lower.

There was also something of a disastrous, albeit once again comic, conclusion. On the day that England won the Cricket World Cup amid scenes of unparalleled drama and Novak Djokovic defeated Roger Federer 13-12 in the final set of the final at Wimbledon, Bernd Wiesberger and Benjamin Hebert embarked on a play-off that resembled two men half-heartedly tossing limp lettuce sandwiches at one another late into the night. 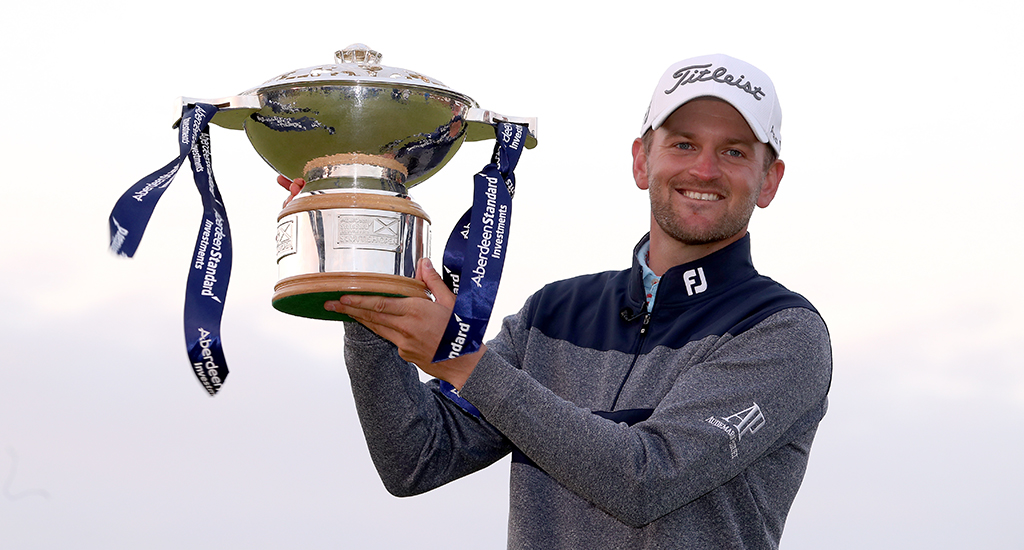 The Open at Royal Portrush

Northern Ireland had endured decades of being out in the Open wilderness, a period that was ended by a revival in the fortunes of its players and the arrival of a special talent in Rory McIlroy. The anticipation ahead of the first round has been simmering and bubbling all year and then … Rory plonked his opening bash clean out of bounds.

A remarkable entrance that left everyone around the first hole eerily silent and his Thursday never recovered, but Friday witnessed a round supremely Rory-like, most typified by a bogey-4 at the 13th (in the half hour he played the hole seven of the other eight competitor birdied it) and then made a birdie-3 at the 14th (the toughest hole on the course). If he were a footballer he would be the winger who runs from his own half, beats six men and the keeper, then scuffs his tap-in inexplicably wide of the open goal.

Shane Lowry spent Wednesday of Open week having a heart to heart with his mentor over a coffee and the rest of the week recreating his glorious Irish Open victory in 2009. Great golf? Tick. Appalling weather? Tick. Crowd scenes reminiscent of Cheltenham? Tick. Victory? Tick. Wild celebrations? Tick, tick, tick.

No defence of her title by Georgia Hall – she would prefer the championship to stick to the coastline – but local hero Charley Hull briefly threatened to keep the trophy on English soil.

Instead it was the unknown Japanese player Hinako Shibuno who took the honours. Her golf was quick, simple and dynamic, but her deadpan sense of humour was dazzling. The 20-year-old’s manager spent the week wearing a series of extraordinary costumes designed to lighten the mood of her major championship debut. Asked who she found funny, Shibuno looked towards her manager and said: “/not him.”

The Solheim Cup at Gleneagles

Much like attendance at a one-day cricket match, where you want the result to go right down to the wire, when watching a Ryder or Solheim Cup what you really, really want is not victory, but victory in the most excruciating manner possible. At Gleneagles we got it.

The first day bubbled a bit, the second day simmered (a slow simmer, naturally) and then on Sunday everything came to the boil, the two teams unable to exert significant control over the other. With three matches out on the course Europe needed all of the points to regain the Cup and eventually it all came down to the last putt. Suzann Pettersen, who had played eight rounds of tour golf in the previous 19 months before being plucked from maternity leave, held the destiny of the Cup in her hands. She was not, as some suggest, the villain of the 2015 match, but she was the stubborn cock-up artist of it. On this final day she drained the putt and was undoubtedly the heroine. 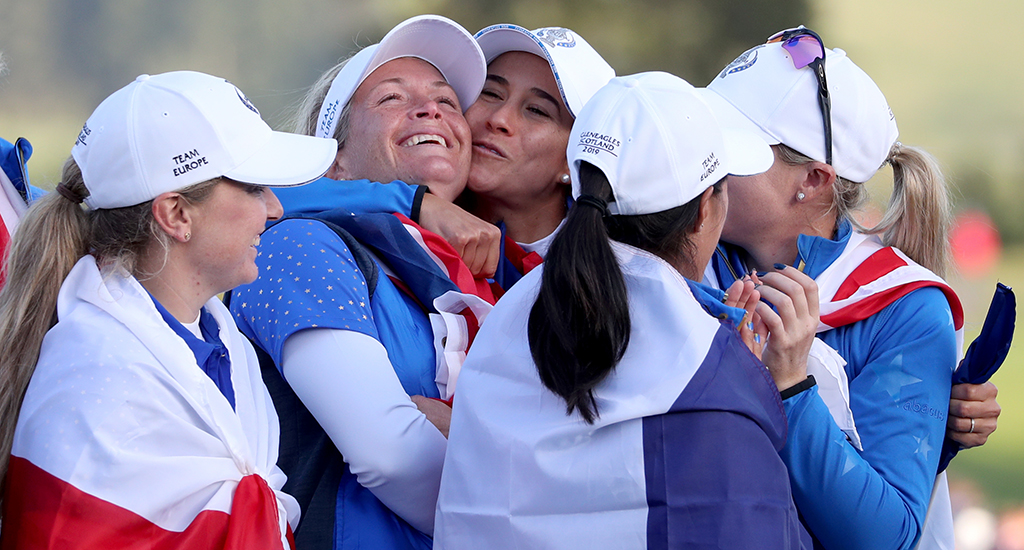 The BMW PGA Championship at Wentworth

A move in the schedule for the grand dame of the European Tour, but a fond return to autumn which allowed the course to be presented in splendid condition and the new date permitted more of Europe’s superstars, plus a sprinkling of American talent, to make the trip.

Danny Willett completed his career revival after going head-to-head with Jon Rahm in the final round. Among the famous trees of the old estate the frowning Rahm did his damnedest to overcome the permanently fidgetty Willett, but the duel rather resembled a bear that was never quite able to swat away a buzzing bee.

McIlroy completed an unusual hat-trick at Carnoustie, hitting his ball out of bounds, just as he had done at Portrush and also Wentworth, then went on the offensive, urging the European Tour to tighten the set ups.

Meanwhile the most unlikely battle-of-the-locals emerged on the Old Course, as Dundee resident Victor Perez (of France) bested Carnoustie member Matthew Southgate (of Southend-on-Sea) in the final round.