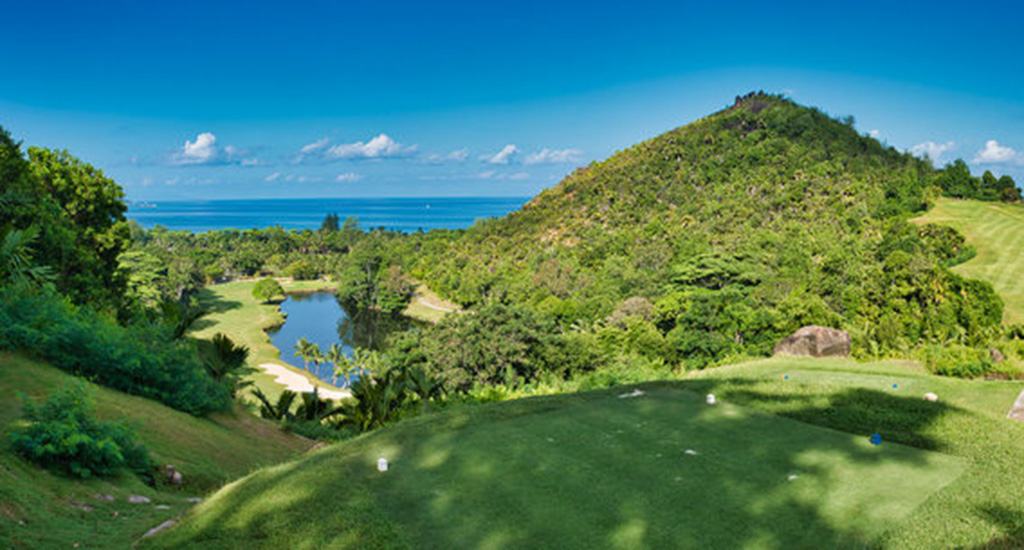 Matt Cooper ventured south to play golf on some of the most remote golf courses in the world – on the islands of Seychelles and Mauritius in the Indian Ocean.

Europe’s senior circuit, the Staysure Tour, has spent the last couple of seasons enjoying a fortnight of luxury at Constance Lemuria and Constance Belle Mare Plage, on the beautiful islands of Seychelles and Mauritius.

It’s the perfect seasonal finale for the MCB Tour Championship – two weeks that showcases the golf available in this blue sky-blue sea-green jungle pocket of paradise.

The most northerly of the three courses the golfers visit is Constance Lemuria on the island of Praslin in Seychelles.

Accessed by a small 20-passenger propeller plane from the main island it is a remarkable layout that is reminiscent of the golf played on Hawaii in the first week of the PGA Tour’s calendar year.

The first 12 holes are on flat terrain and call to mind Waialae Country Club, home of the Sony Open. The fairways are narrow and tree-lined, the ocean wind offers a tricky challenge and the test twists between mangroves, lakes and huge boulders.

The final six holes are more like Plantation, host to the Tournament of Champions. They first climb, then descend, then creep between and finally climb and descend again, two vast conical hills among the rainforest. The views of the ocean are spectacular and shot-making needs to be arrow-straight and bold.

This is a course which wows the sense and tests the imagination. With the vivid backdrop it is rather like playing a real life crazy golf course and behind the 15th green there is one of the finest mid-round breaks imaginable – a dip in the sea at Anse Georgette, ranked one of the top ten beaches in the world. 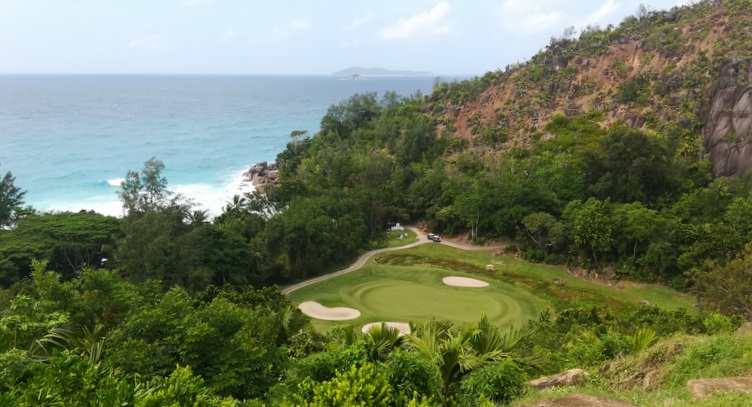 Nearly 2,000 kilometres south, on the island of Mauritius, is Constance Belle Mare Plage, home to two courses – Legends, which hosts the MCB Tour Championship, and Links, which co-hosts the pre-tournament pro-am.

The Links was co-designed by Rodney Wright (also responsible for Lemuria) and BBC commentator Peter Alliss, and a key feature of the set-up is rolling terrain and large, sweeping green complexes – definitely the biggest putting surfaces of the three courses.

Those factors give the course its name and whilst sea breezes are a factor, this is more resort course than true links. Nonetheless it is a great test, and more than a few tour players believe it could, and maybe should, co-host the MCB Tour Championship. It’s a very fun examination too.

This latter characteristic is a consequence of a series of beautiful par-3s which call for strong club selection and commitment to the shot.

There are also many excellent short par-4s which reward good shots and penalise poor ones. It’s a tempting combination that draws you back for more. 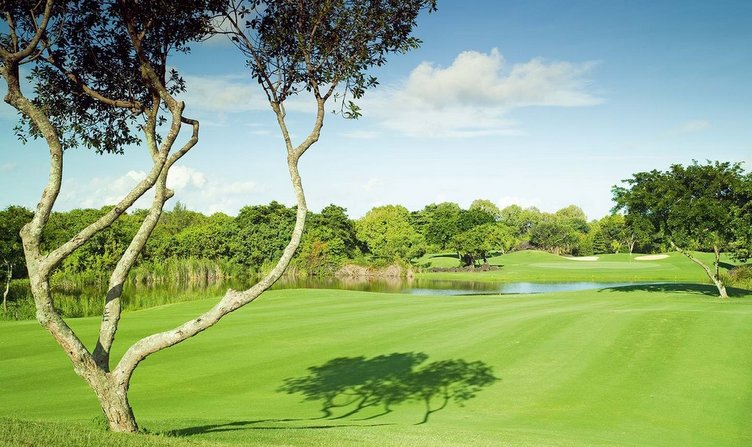 The fortnight concludes on the Legends Course, which hosted the Mauritius Open in the 1990s and early 2000s when that event was an invitation-only tournament.

Since 2009 is has been home to the MCB Tour Championship and has seen the likes of David Frost, Tom Lehman, Colin Montgomerie and Barry Lance claim success.

It was once a very tight course, but clearing of the trees has opened it up to breezes and the sun, permitting improved conditioning of the grass. “A wonderful, wonderful test and in superb condition,” said regular visitor Gary Wolstenholme ahead of this year’s tournament. 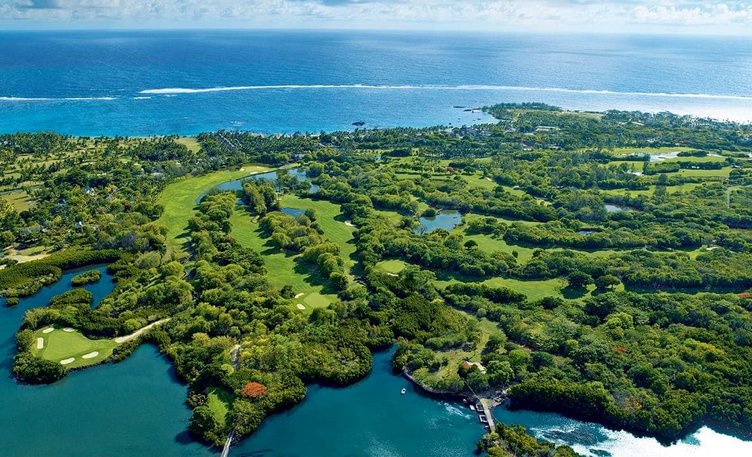 The first four holes are on the flat and offer every golfer the opportunity to get his or her round off to a superb start, but the track begins to show its teeth from the fifth tee.

There are mangroves and volcanic rock wide of the fairways, plenty of water features and the holes dip and twist on undulating land between trees which boasts beautiful red flowers and tamarind fruit. 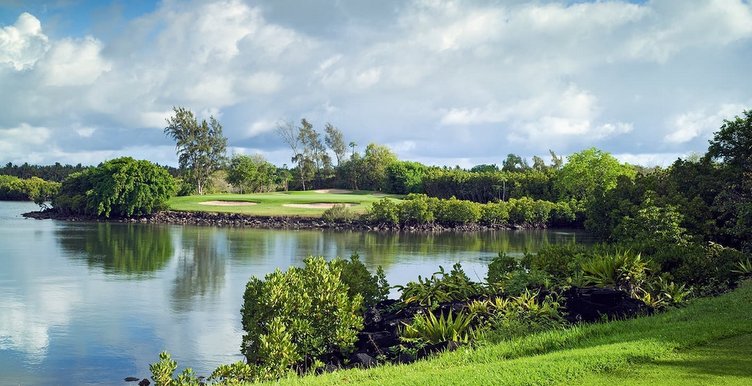 The par-3 17th (see above) requires a strong hit across a bay that might distract the unwary with water skiers and boat enthusiasts – unlike the lakes and pools around the rest of the course, which are more often populated by herds of deer cooling off in the heat.

The Legends was designed by Hugh Baiocchi and it is a fine test, rather like one of Woburn’s older tests somehow lifted and placed into the tropics.

All in all, the three courses provide fun golf and stunning backdrops. 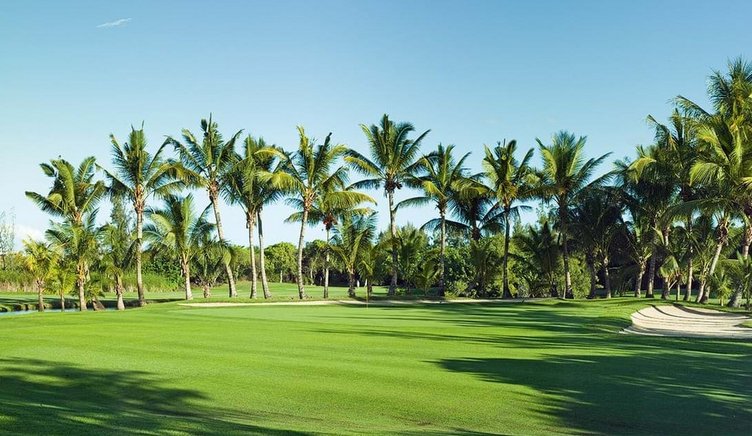