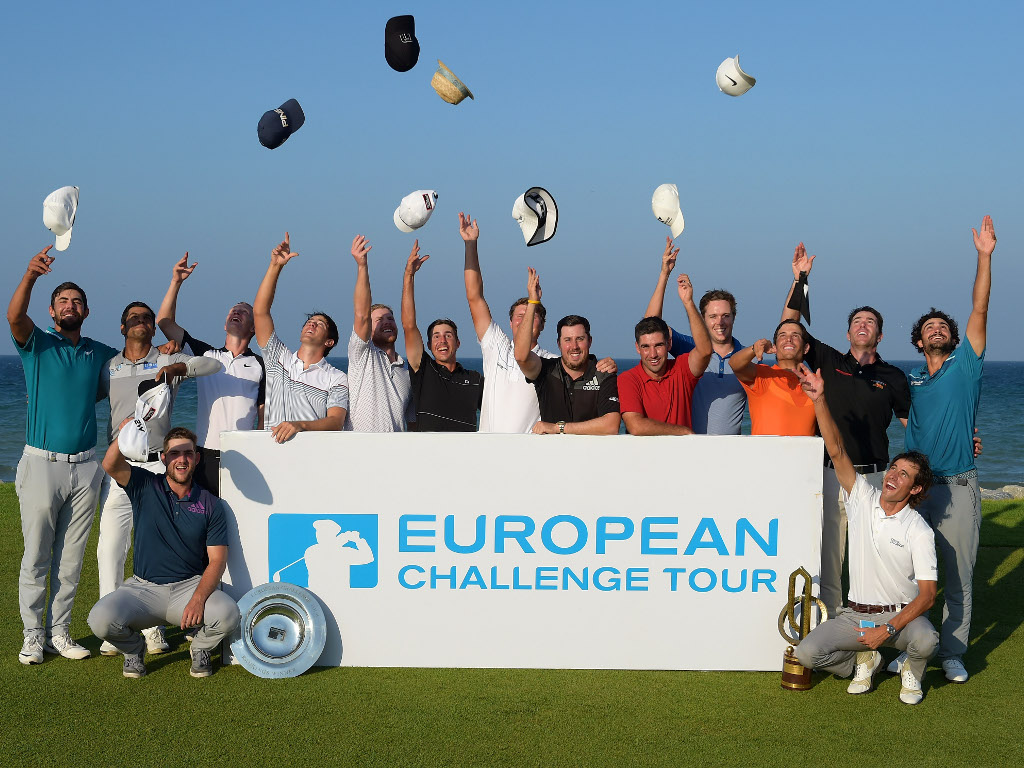 Matt Cooper tells the dramatic story of the conclusion to the 2017 Challenge Tour season which took place in the NBO Golf Classic Grand Final at Al Mouj Golf this weekend.

Twelve months ago Sweden’s Jens Dantorp entered Grand Final week knowing he needed to win the tournament in order to claim a spot in the top 15 of the rankings and with it earn a European Tour card for 2016.

Buoyed by the knowledge that he had held the 54-hole lead a year before he smashed six birdies and an eagle through 17 holes of the final round to find himself tied for the lead with Bernd Ritthammer.

The tournament title and a golden ticket to the top of the sport, so distant at the start of the week, were suddenly within his grasp.

Whereupon he made bogey on the final hole, Ritthammer parred his way in, and second place has rarely been so cruel: no trophy, no card – a double-whammy that cut deep as the Dantorp walked away from the card winners celebrating their graduation on the final green. 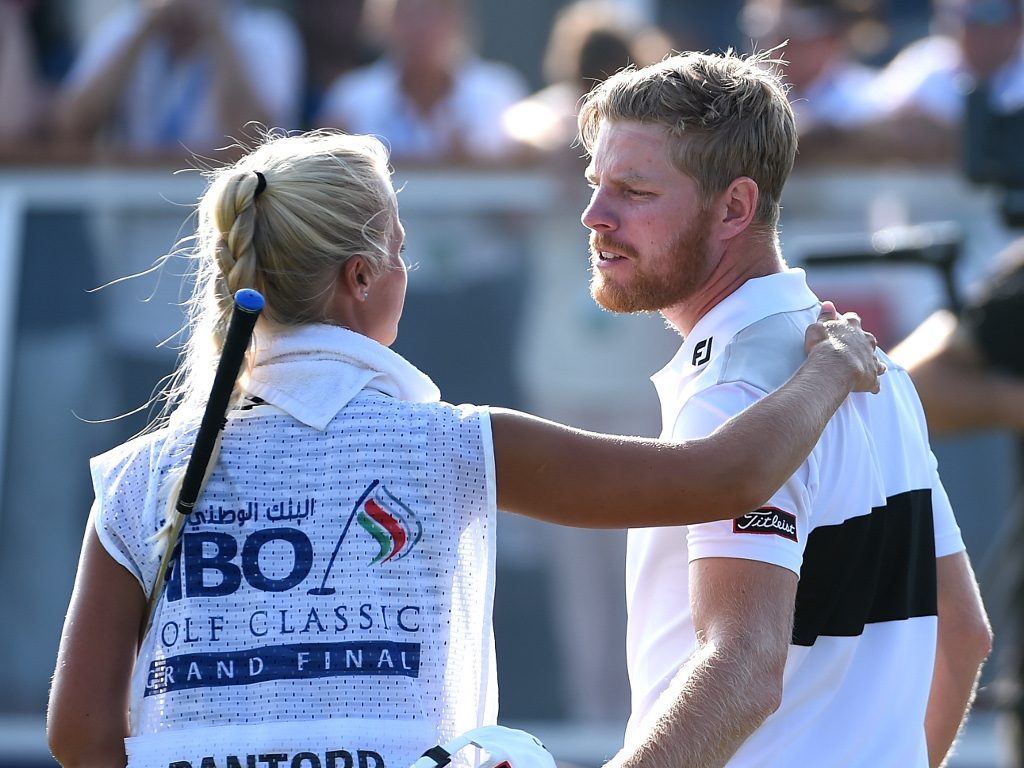 Arguably it was a triple-whammy, because finishing 16th to 20th in the Challenge Tour rankings (as he did last year) does earn limited opportunities on the European Tour, but in taking them a golfer hampers his chances of Challenge Tour success.

It’s the golfing equivalent of trying to cross a river with a foot in different dinghies.

Regardless of the difficulty of his task, the 28-year-old was determined to give it a go and accepted every start available to him.

However by the middle of August he’d achieved little of note, was ranked nowhere on either circuit, and the equation had become stark and simple: boom or bust on the Challenge Tour.

Perhaps clarity helped because he rediscovered a bit of form and recorded four top 20s, yet in doing so he was exhausted, having played 13 of 14 weeks (and 17 of 19) as he boarded a flight from (very humid) China to (boiling hot) UAE for the penultimate tournament of the season, the Ras Al Khaimah Golf Challenge.

Desperately needing a good week he delivered a great one, finishing 65-68 to force a play-off with Adrian Meronk before making eagle at the first play-off hole to win the tournament and progress to Oman lying 13th in the rankings.

Opening rounds of 70-71-71 were far from disastrous, but they left his position in the top 15 in peril as he woke ahead of the final round. 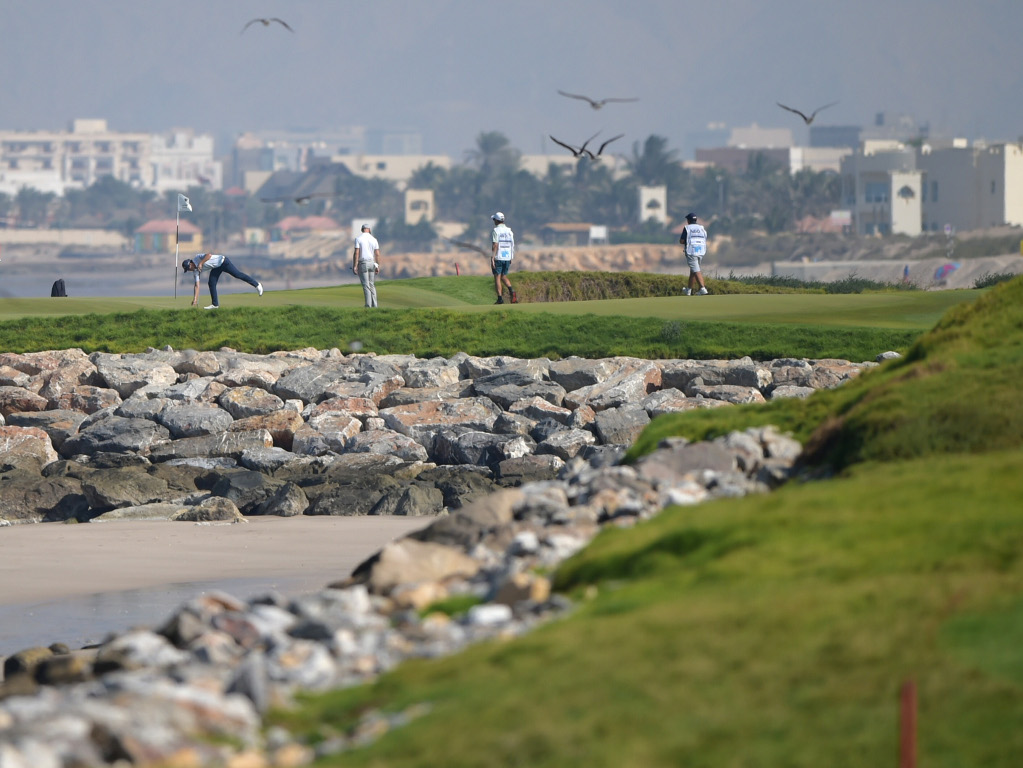 At breakfast he set a target of 6-under-par 66 and eight hours later he faced an 18-foot putt on the final green to better that score by one.

He left it short.

As Dantorp spoke to the media wife Emma was beeming with delight.

“I was caddying for Jens last year,” she said. “And it was so hard, coming one shot short was really painful.

“But we said then that he could be angry about it for a while, get it out of his system, and then let it go and learn from it.

“I was out with him last week in Ras. To win there and then do what he needed this week was just amazing. He set that target this morning and that’s exactly what he made!

“I’m so proud of him. I think our phones are going to blow up when we turn them back on. Everyone back home will have been hitting the refresh button.”

Emma had not forgotten and neither had Jens.

Later, among the high jinks of the end-of-term style celebrations around the final green, Dantorp himself was more reserved. There was a sense that the effort required to pass the physical, mental and emotional tests of the last few months, which peaked in one extraordinary round, had suddenly hit him.

“I played a lot this year,” he sighed. “I’ve played so much, but it finally paid off and I am so happy.

“All the efforts we have put in-” a stress on the “we”, a glance and a shared smile with Emma “-it has been tough, really tough. To have pulled it off and to do it so late, well, it’s never over. There was a lot to play for. You have to keep fighting and never stop believing.”

Clément Sordet: wearing his “Class of 2017” status proudly on his sleeve pic.twitter.com/6Va77prVLK

Elsewhere in the field France’s Robin Sciot-Siegrist and Germany’s Sebastian Heisele lost their top 15 rankings, conceding their cards to Spain’s Scott Fernandez and Scotland’s Bradley Neil who both turned in 3-under 33 and both made bogey at the 17th, but were otherwise strong on an emotional day.

He then spent 40 minutes in agony before his graduation was confirmed.

Clement Sordet completed an impressive win in the tournament and Tapio Pulkkanen claimed No. 1 in the Rankings.

They celebrated in style, but the essence of Grand Final was evident yet again this year: it is a bizarre week when the greatest prize is not a glittering trophy, but a deep and gratifying sigh of relief.