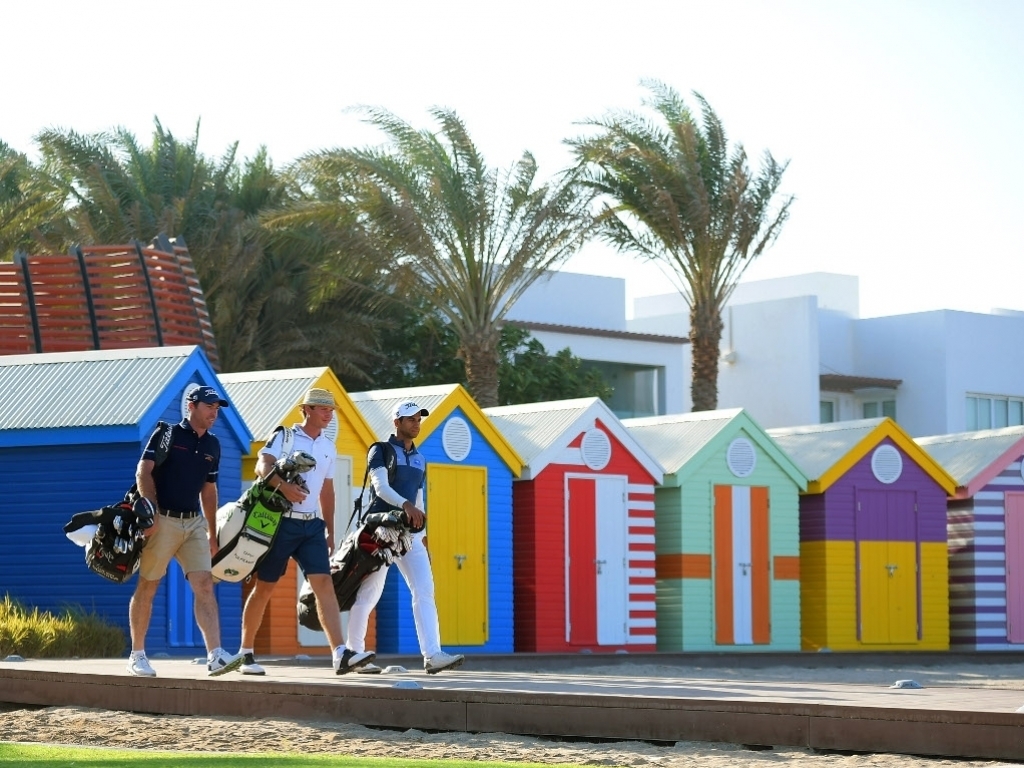 There are few tournaments on the calendar quite like Challenge Tour Grand Final, an event that somehow mixes last chance saloon with last day at school via a bizarre golfing torture chamber.

It may not be the focus of the golfing world’s complete attention or take place at the highest level (indeed, the exact point is that it is an opportunity to attain those heights), and yet it represents everything that is great about professional golf’s tangled narratives.

The field is threaded with youthful faith in the future and also sometimes painful echoes of the past. There are players who have encountered setbacks which will make them stronger in the long run and another set whose success at this level offers false promise and encouragement. There are golfers whose confidence is sky high and others whose laughter masks fear and doubt. There is ambition and aspiration, disappointment and disillusion, revival and rebirth.

The storylines in recent Grand Finals reveal the fragile nature of golf played at this level; of the cruel promise of good finishes and, on the flipside, the furious desire of those who refuse to be knocked down by failure.

It all ends here…

There is, for example, the Tale of the Two Matts. Matt Haines won Grand Final in 2010, 12 months later Matt Southgate finished plumb last; neither result gave any sort of a clue as to where they would end up in early November 2017. Southgate is in Turkey, having finished top ten in the Open this year, cashed a big cheque at the Irish Open and played in America. Haines is no longer even playing at EuroPro level.

This is an event which demands judgements of the players on show: once graduation is confirmed questions are asked. Can he make it? Will he survive? Is it a step too far?

In 2014 Benjamin Hebert discussed his Grand Final victory, a third win of the year, with such an intensity it was impossible not to take note of his message: I do not want to play at this level again, he said, sometimes in explicit terms, at other times implying it. To this point in time he has been as good as his word.

In contrast, at the 2011 event, Branden Grace trailed in T-30th and missed out on graduation. It was possible to think he was just another hopeful youngster … except that ten months later he claimed the Alfred Dunhill Links Championship, his fourth title of the 2012 European Tour season.

The tournament attracts family and friends, coaches and agents, curious locals and an oddball collection of worldwide journalists.

Drama is a given. One man will win the tournament, but 15 of the 45 man field will claim European Tour cards. This is a week in which second is very definitely not first loser.

Story of the season

The stars of 2017 are the queue-jumpers. 22-year-old Englishman Aaron Rai earned Battlefield Promotion to the European Tour with three victories by the middle of the season and was joined at the highest level by compatriot Matt Wallace (winner of the co-sanctioned Open de Portugal) and Julian Suri, the American who first won the D D Real Czech Challenge and then added the European Tour’s Made in Denmark.

A highlight of the season has been ‘The Battle of the Hats’ part one and part two. The tussle began at the Turkish Airlines Challenge, where England’s Ryan Evans (floppy) triumphed over Finland’s Tapio Pulkkanen (pork pie). In September Pulkannen reversed the honours to claim the Kazakhstan Open.

The year has witnessed victories for old boys Richard McEvoy (England), Joel Sjoholm (Sweden) and Tano Goya (Argentina); for upstarts Robin Sciot-Siegrist (24, France) and Joel Girrbach (24, Switzerland); and for those who arrived at this level as past winners of the Amateur Championship Garrick Porteous (England) and Julien Guerrier (France).

That paragraph reiterates the value, importance and essence of the Challenge Tour. A circuit which offers youngsters the opportunity to learn about tour life and which grants others the chance to rebuild their careers.

The race to be Number One

All will be decided at the #NBOGrandFinal this week pic.twitter.com/bTAw50SdJ6

Only two men can catch Tapio Pulkkanen at the top of the rankings (Guerrier and Rai). One them will emulate Jordan Smith, Ricardo Gouveia, Andrew Johnston and Tommy Fleetwood as past Challenge Tour rankings champion.

Further down the rankings there are six places up for grabs – the top nine are guaranteed European Tour cards for 2018) and anyone in the field can still join them.

The stats prove what a tense week this is.

Whilst it is entirely possible that one or two players will blast from the back reaches of the rankings to vault into the top 15, history suggests they will do so by grabbing a top three finish, not the win: 10 of the last 12 tournament winners had their card sewn up at the start of the week.

Seasonal class tends to shine, too, although this notion is related to the first point: 14 of the last 15 winners had already finished 1st or 2nd that season (kind of a given if their card is already sewn up).

Finally, form would appear to matter: 11 of the last 12 winners had a top ten finish in their previous three starts.

Any other clues? The four winners on this course (the first two were not Grand Finals) all finished top 20 in the Foshan Open.

The stats prove what a tense week this is and most betting sites agree with odds on the Grand Final not pointing to a clear winner.