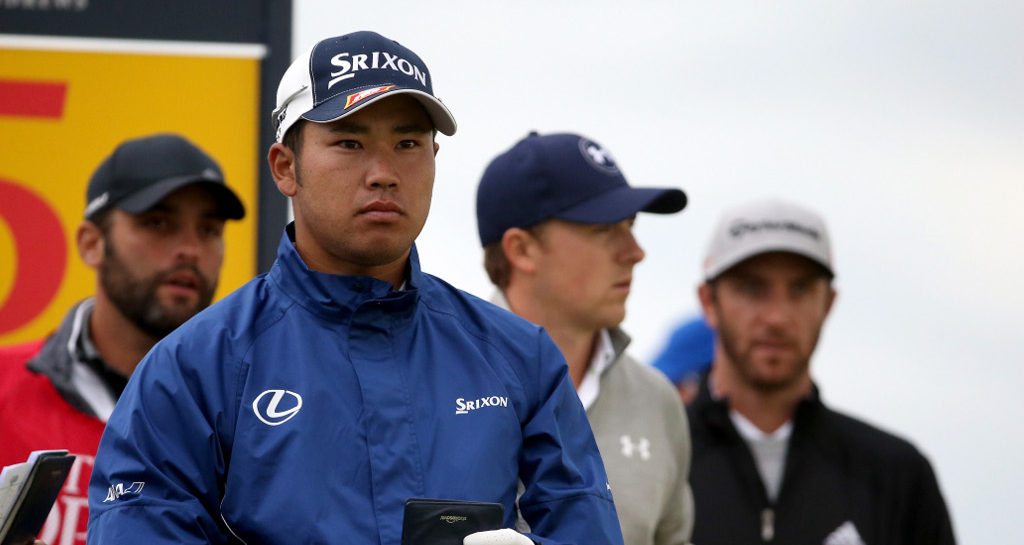 Back in 1971, Taiwan’s Mr Lu captured the heart of the British public during his battle with Lee Trevino. Can an Asian golfer go one better this year and win the Claret Jug?

The return of The Open to Royal Birkdale is not just a reminder of one of the tournament’s great stories – that of Mr Lu from Formosa – but the incredible fact that his performance in 1971 remains the closest an Asian golfer has come lifting the Claret Jug.

This year’s championship includes what is probably the strongest contingent of Asian golfers in the tournament’s history, a raft of PGA and European Tour winners with genuine claims to having either the class or the game to triumph.

But before we take a loser look at the men who might be crowned Champion Golfer of the Year, let’s have a reminder of the remarkable story of the man who very nearly achieved it 46 years ago. 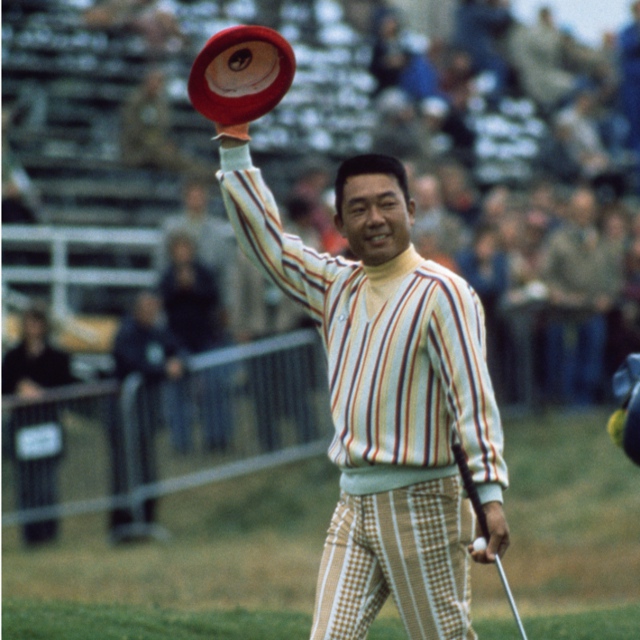 Full name Liang-Huan Lu, but quickly attaining the cult name Mr Lu, his Open story actually began 12 years earlier, in Okinawa, Japan, where he played golf for the Formosa Air Force in matches against the U.S. Marines. One of his toughest opponents was a loud mouthed Mexican-American called Lee Trevino and Mr Lu once trounced him 8 and 7.

Spin it forward to 1971 and Mr Lu, now a five-time World Cup veteran for Taiwan, was in the final group at The Open, alongside the reigning US Open champion, his old foe Trevino.

Heading into the last round Mr Lu, who with his distinctive pork pie hat and mustard coloured clothes had become a hero to the galleries, trailed Trevino’s 11-under by one. Their journey round the links that final day was to be a remarkable one.

Mr Lu shyly nodded and tipped his hat at the adoring crowds, whilst Trevino talked incessantly. At one point he waited till he knew the BBC soundman was near then gabbled: “I wonder what old Henry Longhurst is saying about me right now? He probably thinks I’ve got the wrong club.”

Trevino approached the penultimate hole with a three-shot lead, but made a mess of the par-five. His double-bogey was bad, but it could have been worse: Mr Lu, whose putter had been hot all week, missed from 12 feet for birdie.

From the final tee Mr Lu found an awkward lie above a bunker and what followed, somewhat paradoxically, cemented his place in the hearts of the galleries. His attempt to force a fairway wood near the green failed horribly, he twitched his leg nervously and then watched as his duck-hook flew into his fans.

The ball had caught a lady spectator full on the head and the television footage was remarkable. As Mr Lu approached her she was prone on the floor, surrounded by concerned fellow fans. Mr Lu was visibly shocked, even wobbling on his feet momentarily, wiping his hand across his face and then tipping the famous hat back on his head. 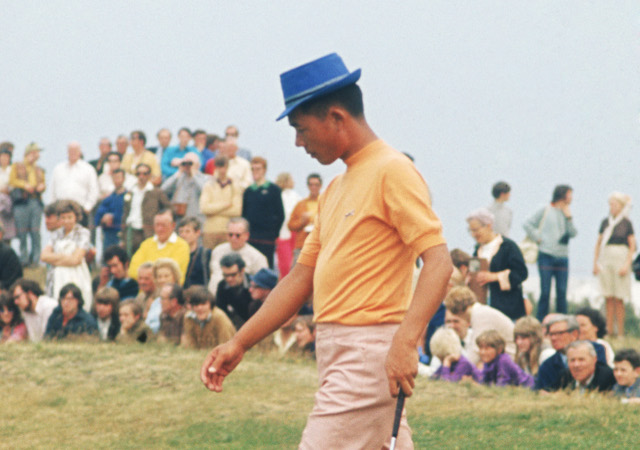 But his fans faith was unbroken. The lady in question was Lillian Tipping and despite being concussed she looked up at him and said: “Go on Mr Lu, make a birdie for me.”

He did just that, but Trevino equalled it to claim the Claret Jug. Later that night Mr Lu visited the hospital in search of Mrs Tipping only to learn that she had discharged herself.

He spent the next week competing in the Open de France, distracted as he fretted about her health. Prior to the third round he got word that she was well; he celebrated with an 8-under-par 63. She then cabled to say: “Keep it up Mr Lu!” He responded with a 62 to claim the title.

Two years later Mr Lu paid for the Tippings to join him at his hotel in Taiwan and they remained friends for life. His performance at Royal Birkdale remains the best recorded by an Asian golfer.

That said, there have been cameos, most notably Japan’s Tommy Nakajima who was co-leader of the 1978 Open at St Andrews playing the 17th when his lag putt found the Road Hole Bunker and it took him four shots to get out, his hopes dying with every swing.

He had a 15-year-old local caddie, Neil Ballinghall, that week and the two communicated in sign language except for as they moved to the 18th tee. They were the only words Nakajima uttered of his misery on the previous hole: “Sorry Neil.” 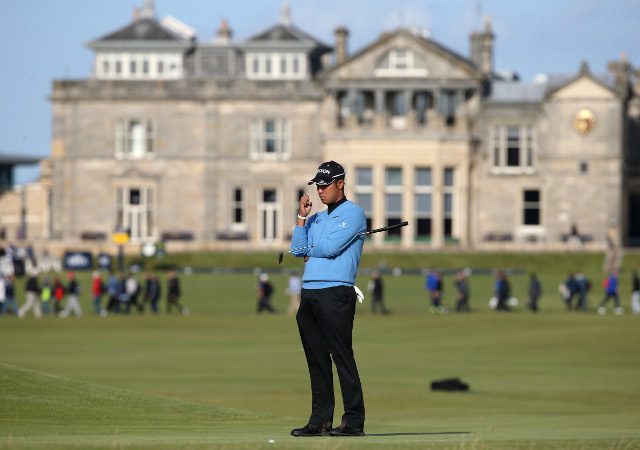 The world number two posted a final round 66 to finish second in the U.S. Open and he’s hinted that he has the game to contend on the links. He was T14th in the Irish Open and T6th at the 2013 Open, when he was controversially handed a one shot fine for slow play. Finished top 20 in seven of his last ten major starts.

He’s only made two top 20 finishes in 20 starts this year, but made up for that by making them stellar efforts, winning THE PLAYERS Championship in May (the self-styled fifth major) and adding T13th in the US Open. Making his Open debut. 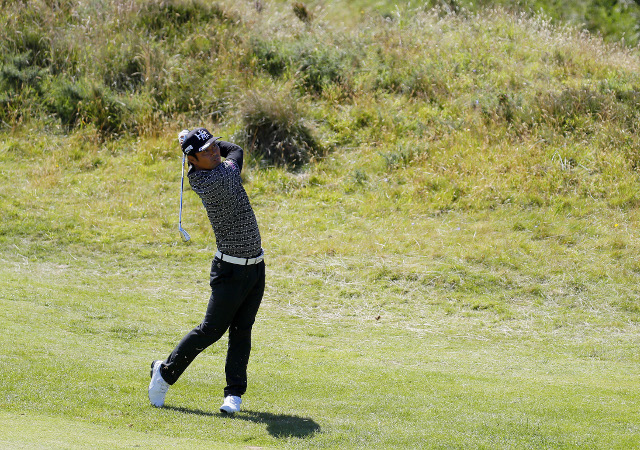 The 14-time winner on the Japanese Tour finished tied fifth in the 2006 Open behind Tiger Woods and is currently enjoying his best year of international golf. Made the semi finals of the WGC World Match Play, was third in the BMW PGA Championship and T10th in the Irish Open.

Winner of the Qatar Masters at Doha and the list of winners there includes Open Champions Paul Lawrie, Ernie Els and Henrik Stenson, plus links specialists Branden Grace, Sergio Garcia, Chris Wood and Thomas Bjorn. Plays bump-and-runs around the greens by choice and putts superbly. Three wins in 43 European Tour starts and just 21.

Ebullient Chinese 21-year-old who could find favour with the galleries Mr Lu-style if he thrives. Chastening major debut in the US Open (weekend rounds of 82-84) but bounced back to T7th at the Open de France. Ranks only 138th for Driving Accuracy but note that in high wind during the final round of the Rocco Forte Open he thrived on the challenge of hitting balls on a line in the middle of the ocean and watching the wind pull the ball back into the middle of the fairway.

47-year-old Thai golfer who has eight wins on the European Tour, including four in Europe, the last of those last year’s Open de France. Never truly contended in The Open but made the cut 7 times out of 10 starts. Joined by two countrymen: 51-year-old Prayad Marksaeng and 18-year-old Phachara Khongwatmai (who debuted last year). 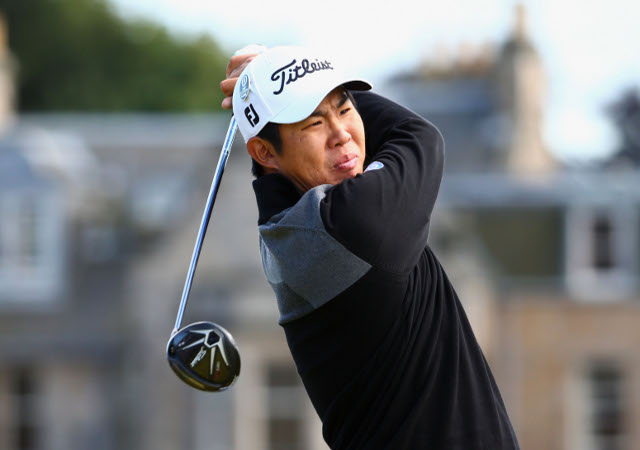 No doubt a high quality performer – he’s the 2009 US Amateur champion and winner of the 2015 BMW PGA Championship – but yet to show his true colours in the majors, failing to notch one top 20 in 13 starts. Is also not a great fan of playing in the wind.

Two-time European Tour winner who very nearly added a PGA title when second in the Memorial in June. He was T5th in the 2015 PGA Championship – the best finish in a major by an Indian golfer – and closed out last week’s Scottish Open with a 6-under 66.