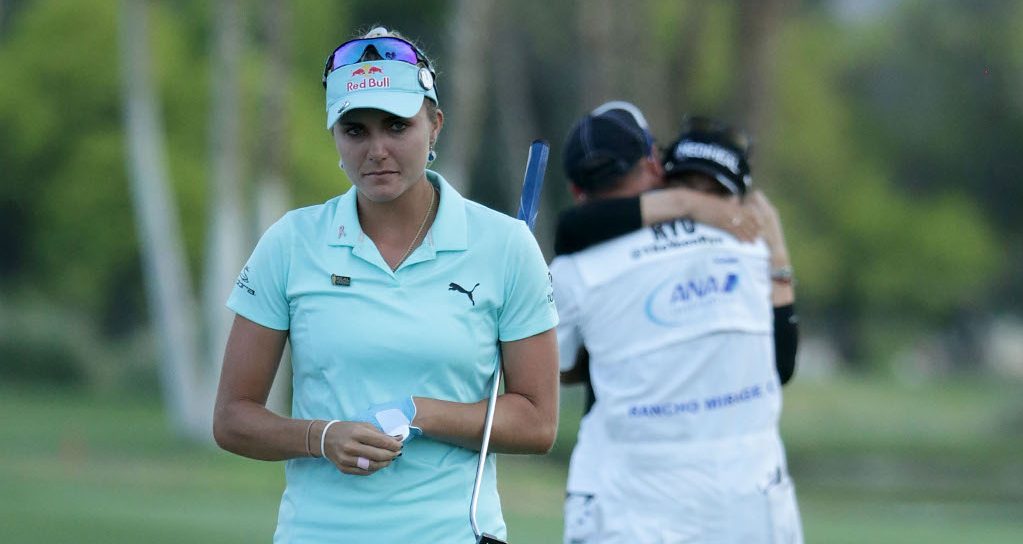 Golf365 looks forward to the year’s first major championship as Lexi Thompson heads back to Rancho Mirage and the scene of last year’s infamous debacle.

The first major of the 2018 LPGA Tour is preparing for take off on Thursday as the top players in ladies golf gather at the Mission Hills Country Club in California for the ANA Inspiration.

While LPGA officials will be hoping for an exciting finish to this year’s tournament, they will be wanting to avoid the controversy of last year that saw Lexi Thompson denied a victory after she was penalised four strokes in the middle of her final round following a telephone call from a TV viewer over a rules infraction.

Thompson, who was leading by two strokes at the time, suddenly found herself two off the lead. And although she valiantly fought back with three birdies in the last six holes to make a play-off, she eventually lost out to South Korea’s Ryu So-yeon at the first extra hole.

The rules may have been changed since that fateful day to ensure there are no such repeats, but that came as little consolation to Thompson, who missed out on a second major after winning the same tournament three years earlier.

A weaker person could have crumbled and let such an unprecedented controversy ruin their career, so much credit is due to the 23-year old Floridian for the way she fought back in the aftermath.

In fact, she got back on the winning trail just weeks later at May’s Kingsmill Championship and followed that up with another title at the Indy Women in Tech championship in September.

Second place at the year-ending CME Championship also secured her the Race to the CME Globe and its $1 million bonus, while Thompson also claimed the Vare Trophy for the season’s best scoring average.

ANA aside, it was a pretty successful season.

She has carried her good form into 2018, racking up T6, T2 and T31 finishes in three of four starts.

Now, Thompson arrives at Mission Hills looking for redemption on a course that suits her game. With a win, 7th, 5th and second place finishes in the last four years there is no reason to doubt that she will be in contention again at the weekend, while the motivation is unquestionably there.

What better way to wash away all those bad memories than a Sunday jump into the water.