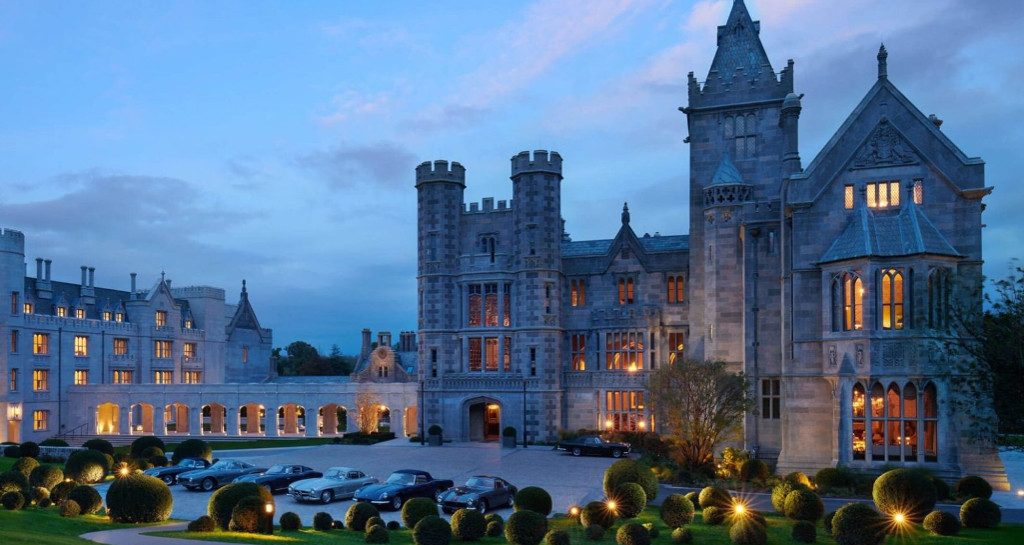 What a week for golf on the island of Ireland.

First we had Shane Lowry’s spectacular win at The 148th Open in Northern Ireland. Now, the magnificent Adare Manor in County Limerick has been announced as host of The Ryder Cup 2026.

As Julie Wakley, head of Great Britain- Tourism Ireland, explained: “Coming hot on the heels of the truly superb Open at Royal Portrush and the fantastic win by Shane Lowry, today’s announcement that the Ryder Cup will take place at Adare Manor in 2026 is excellent news for tourism.

“The Ryder Cup is one of the most prestigious sporting events in the world and this promises to be a wonderful sporting occasion, which will undoubtedly bring significant exposure globally for Ireland as a golfing destination.” 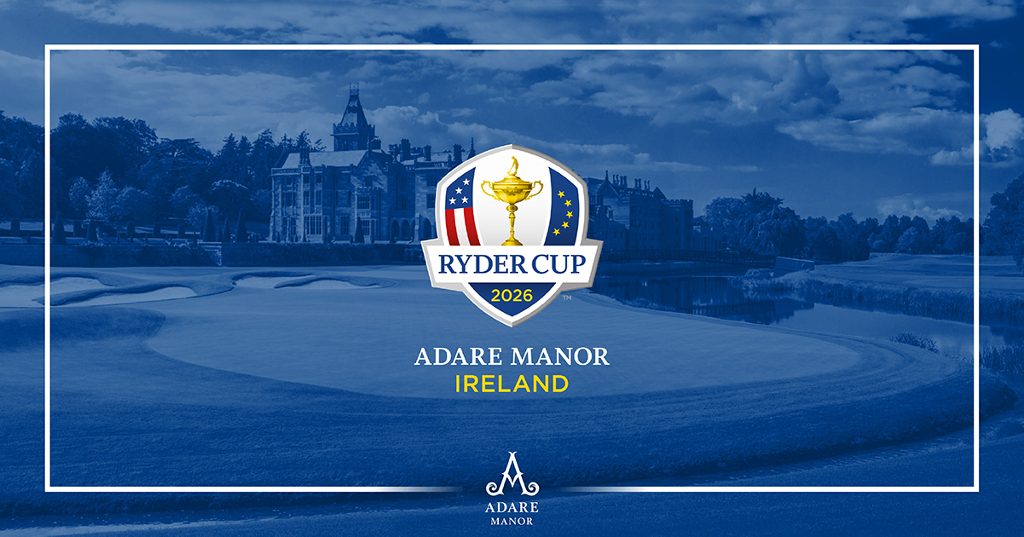 Why everyone loves the Ryder Cup

The Ryder Cup is the premier golf team event in the world. The event comprises a series of “matchplay” matches played between teams representing Europe and the USA over three days. The event is held on a biennial basis and hosting the event alternates between Europe and the USA. This means it’s not just pitching player against player, it’s continent versus continent and the competition is immense – not just for the pros, but for those watching from around the world.

Ireland previously hosted the event in 2006 at the K Club, County Kildare. After a 20-year gap, this showcase event will be coming back to Ireland – this time to Adare Manor in County LImerick in 2026.

The course meanders through 230 acres of lush parkland and majestic mature trees, bisected at various points by the River Maigue. The closing hole demands an approach shot over water to a green adjacent to the magnificent, turreted 19th-century Adare Manor. It has previously hosted The Irish Open, where Dubliner Paul McGinley claimed victory in 2007, and it has quite a lot in common with The K Club already… 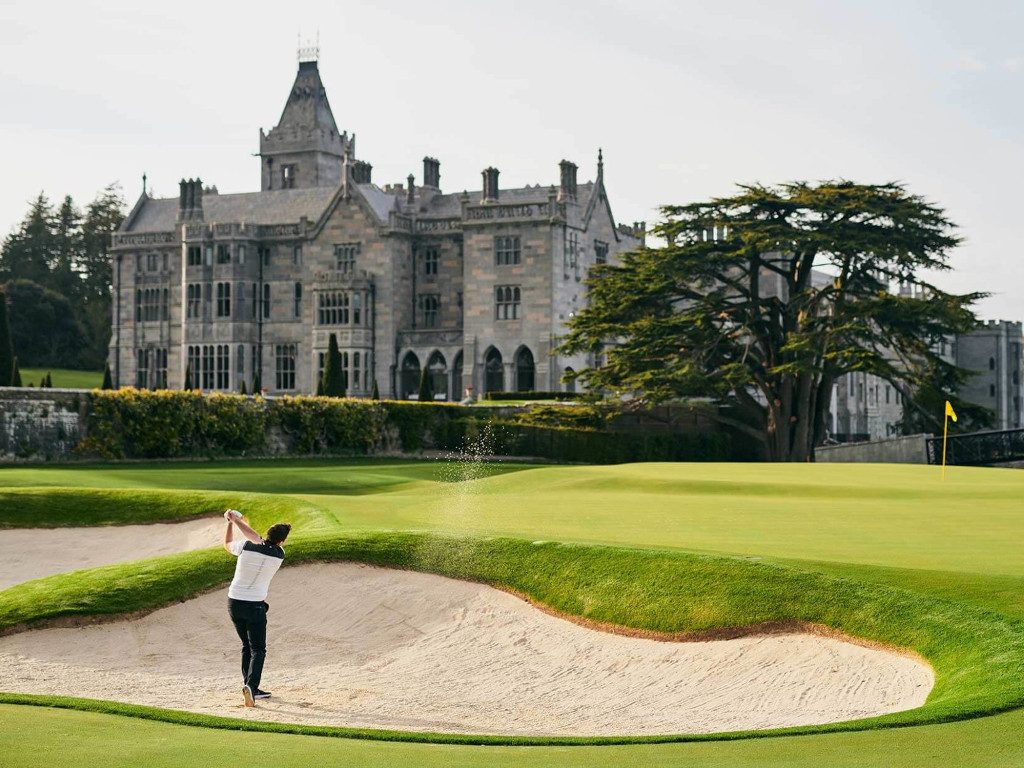 It has been jokingly said that, “The sun never sets on a Robert Trent Jones golf course” and, while that is not strictly true, the late architect designed (or redesigned) some 500 golf courses in at least 40 US states and 35 other countries all around the world, including Ireland.

Jones’ course at Adare Manor is widely regarded as one of the best parkland courses in Ireland alongside Arnold Palmer’s Ryder Cup course at The K Club and it’s little wonder.

“Golf is a form of attack and counterattack,” Jones often said. “It offers a golfer his personal challenge of combat. He attacks the course and par; the architect creates fair pitfalls to defend its easy conquest. The architect calls on his ingenuity to create a hole that will reward only achievement.

“You look at a piece of ground and you know instinctively what makes a great hole. There is a flow and rhythm that you can feel. You think how to stake it out, then use logic to make the right choice. It’s like a jigsaw puzzle. But you have to play golf well, too.”

That philosophy has been taken to its finest expression at Adare, hard by the River Maigue in County Limerick.

In recent years, celebrated golf architect Tom Fazio was brought in to update the design and he has succeeded in taking what was already an award-winning course and transformed it into a parkland paradise befitting a country in the top tier of global golfing destinations. The new course has been created in harmony with the outstanding natural beauty of its surroundings: lush, softly rolling terrain, mature tree-scaping, and the sweeping banks of the River Maigue. 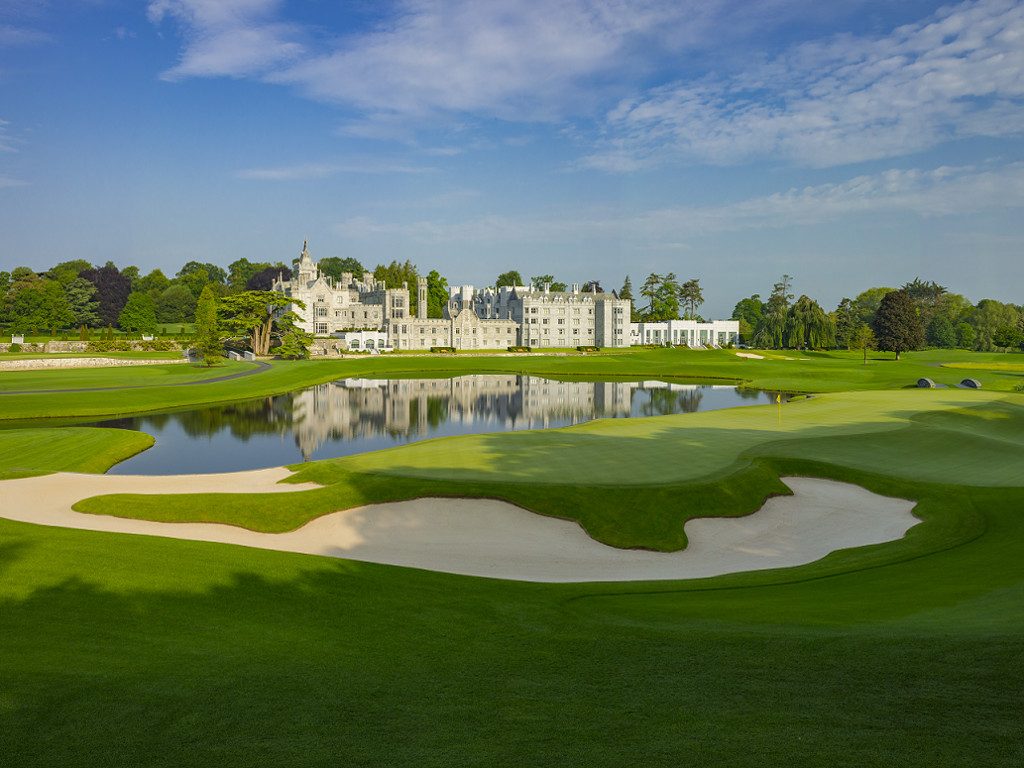 What you need to know about Adare Manor and County Limerick

1.  Five-star Adare Manor, which overlooks the stunning golf course, won Hotel of the Year 2018 in the renowned Global Virtuoso Best of the Best awards – beating luxury hotels from as far afield as Mauritius, Morocco and France. You can see why everyone loves this venue just by watching this video. Aside from golf, you can enjoy falconry, fishing and archery in the Manor’s grounds.

2.  Its closest airport is Shannon Airport, just 33  mins drive away; while Cork Airport is 1.5 hours away, and Dublin Airport 2 hours and 20 mins away.

3.  Adare village surrounding Adare Manor is filled with picture postcard thatched cottages and ancient stone walls, and is a pleasure to explore. It’s got antique shops, cafés and cosy pubs, as well as a Heritage Centre, where you can find out more about the town’s rich and varied history, including Desmond Castle; a 15th century Franciscan Friary; a 13th century Trinitarian Abbey; and a 14th century Augustinian Priory.

4.  The nearest city to Adare is Limerick. Sitting at the mouth of the River Shannon, Limerick city is the third largest urban centre on the island. It once formed a bleak backdrop to Frank McCourt’s Angela’s Ashes, but nowadays it’s a revitalised city full of art galleries, slick new hotels and the legendary Thomond Park, the home of Munster’s passionate rugby union team.

5.  County Limerick, on the Wild Atlantic Way, is also where chef Joe Sheridan invented something very special back in 1943. On a dreadful night, the coffee-shop welcomed a weary captain and passengers in – their flight to Newfoundland had been delayed. Joe was asked by the owner Brendan O’Regan to prepare something to warm their tired visitors. Joe served them a cup of coffee, with a surprise glug of whiskey added in – and in doing so, invented the Irish Coffee!

Golf: Find out more about golf on the island of Ireland.

More than just a golf trip: Find out why it’s not all about the golf here on the island of Ireland – there’s plenty of fun to be had on and off the fairways.