When Aaron Rai-ned in East Africa 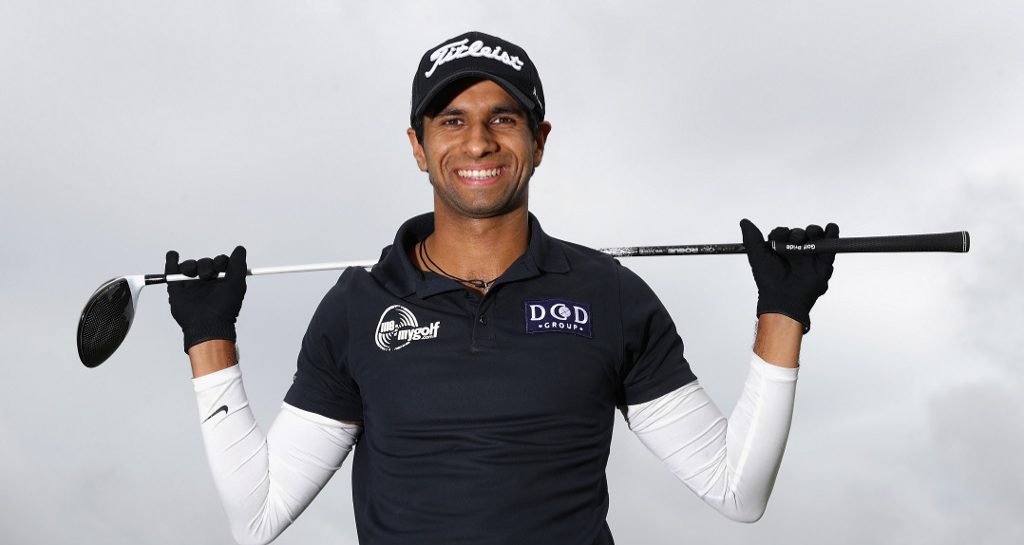 The 2017 Challenge Tour schedule takes in 27 tournaments in 21 countries across three continents.

The Road to Oman heads north, south, east and west, and yet, in one sense at least, it ends this year where it began: on the edge of the Indian Ocean.

It is a vast sea, of course, and whilst Al Mouj Golf, host of this week’s season-ending NBO Golf Classic Grand Final is perched only inches from the water, it is stretching a point (almost certainly beyond credibility) to suggest that Muthaiga Golf Club in Nairobi is “on the edge of the Indian Ocean”.

But Kenya is and so is Mombasa, birthplace of Aaron Rai’s mother Dalvir, a lady whose heritage kickstarted the second circuit season with a tale that has yet to be beaten (even by her son’s three wins and Battlefield Promotion to the European Tour).

If his home town of Wolverhampton had lacked varied municipal sports facilities, 22-year-old Rai might never have discovered his passion for swinging a club.

“It was an accident really,” he told Golf365 this week in Oman. “My dad played tennis at the local park and there was a pitch and putt there. I started playing from about the age of three, mum and dad noticed I enjoyed it and was pretty good at it.

“When I was four I entered an under-10s competition and finished second. It was a bit crazy but I loved it. My progress has never really stopped since then.”

As a 15-year-old he holed 207 consecutive 10-foot putts, breaking the ‘Lee Westwood World Puttmaster’ record, at 18 he turned pro, and aged 20 he graduated from the third tier EuroPro Tour (fifth in the 2015 rankings behind winner Jordan Smith).

His rookie season on the Challenge Tour witnessed six top tens on his way to 18th in the rankings. The winter which followed was spent well, gaining three starts on the European Tour and notably finishing T7th in the Joburg Open, a result that was something of a hint: played at altitude, on a traditional, tree-lined design, not unlike his next destination – the Barclays Kenya Open.

Rai’s mother left the east African country in 1970 and hadn’t returned since. Initially she wasn’t going to make the trip this March. “But Aaron booked my trip anyway,” she said during his second round at Al Mouj.

“He was insistent that I make the trip,” she added, “and I’m so glad he was.”

When word spread that Rai had Kenyan ancestry local interest increased; when he posted rounds of 67-66-69 to lie tied second after 54 holes the atmosphere became electric.

“The most excitement we’ve ever seen at the event,” said Challenge Tour press officer Tom Curran. “They announced him as Kenyan on the first tee and they went wild.”

“Unbelievable,” laughed Dalvir. “They were calling him ‘Toto’ which sort of means ‘our young one’. I had a leg injury and spectators were helping me down the fairways, urging me and Aaron on, saying, ‘He’s ours, he’s one of us!'”

Fired by the support – birdies were greeted with fist pumps and howls of delight – Rai carded a final round 65 which secured his first Challenge Tour title. When the final putt dropped Dalvir and Aaron embraced on the green and tears were shed.

How Aaron Rai, @JulianSuri1 and @mattsjwallace made it on to the European Tour this season pic.twitter.com/pAjCZ6aE8i

“Such a special moment,” Rai said. “To achieve the win there, with mum watching and the Kenyan people and Indian community being so supportive, it was pretty amazing.”

Rai stressed at the time that he succeeded in the final round by maintaining the standards and methods he had used through three rounds. “The fourth day doesn’t seem a very good time to change things if you’ve got into a good position,” he said with admirable simplicity. “I stuck to the game plan.”

He did so again as he raced through the strokeplay stage of the Andalucia Costa del Sol Match Play 9. “I figured if I was playing well I should just keep at it, not change much,” he said and was proved correct as he went unbeaten in the head-to-head rounds.

A U.S. Open debut followed, then a third victory of the year in the Le Vaudreuil Golf Challenge. With Battlefield Promotion close at hand did anything alter this time?

“Not really,” he said with a quiet laugh. “I’d won twice so I must have been doing something right.”

The uncomplicated nature of his methods are striking; you sense this is not the classic evasiveness of pro-golfer-speak, but a clear-headed avoidance of unnecessary confusion.

Challenge Tour has been good for him, above and beyond the wins.

This week, with big brother Anoop is on the bag, the Englishman lies T10th through 36 holes, six shots back of Tano Goya’s 11-under leading total of 133.

Goya (Argentina), second-placed Oliver Lindell (Sweden) and the two Frenchmen in a tie for third (Thomas Linard and Clement Sordet) are fighting to breach the top 15 in the rankings who earn European Tour cards.

The race to win the Road to Oman Rankings ends here

Rai, on the other hand, has an outside chance of winning the rankings should he push on at the weekend because the leader, Finland’s Tapio Pulkkanen, is currently 44th in the field.

However the tournament ends for Rai he will return to Wentworth in May as a fully fledged member of the European Tour, the best part of two decades after he stood near the putting green, peered up at Ernie Els, and asked: “Are you a real jolly giant?”

“Some of the time,” replied the South African, who next year might find himself playing with a European Tour rookie with a tale to tell.