Golf365 Diary: A Trophee Hassan II first round tale of intrigue and espionage 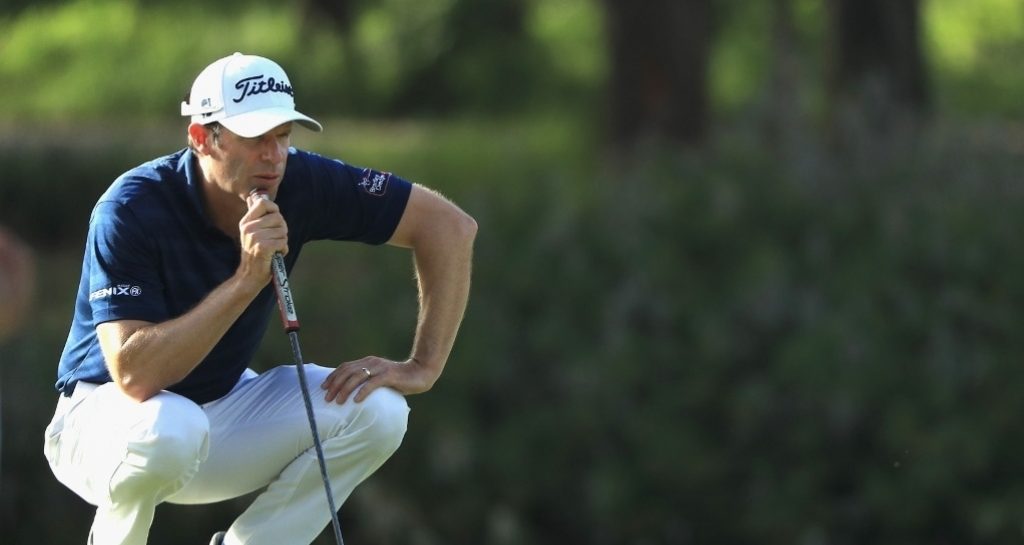 Morocco’s cities were hotbeds of the international exchange of information in the Second World War, with spies and secret agents collecting intelligence, conducting covert operations and using the country’s airports for the safe transfer of vital equipment.

This week in Rabat, at the Trophee Hassan II, European Tour members have been inadvertently reviving that atmosphere of intrigue and espionage.

None more so than Northern Ireland’s Michael Hoey for whom the story is not so much about what he travelled with, but what he did not.

The 2012 winner of the tournament played on the Challenge Tour last week in China and his long haul flight back to Europe was delayed by eight hours, giving him just 20 minutes to connect at Charles de Gaulle Airport in Paris.

Hoey kept his cool and made it, but his luggage did not, Air France taking on the role of agent provocateur for the week.

The suitcase arrived within 24 hours, but there was still no sign of the clubs. On Wednesday he played the pro-am with Gavin Moynihan’s sticks, just as well because true to the week’s script he was partnered with James Duncan, designer of the new greens on Royal Golf Dar Es Salam’s Red Course.

Mapping intelligence duly recorded, the next mission was to locate Titleist equipment fitted to his own specifications. Cue an international journey of resilience and ingenuity from his wife Bev.

She flew from Belfast to London Stansted, drove north of Cambridge to the Titleist UK headquarters, collected a spare set of clubs, journeyed to Heathrow, flew to Casablanca, found the original clubs at the airport, taxied with both sets to Rabat and …

… returned back to the UK at 7am this morning.

“Legend,” said Hoey, after he carded a first round 3-under-par 69 which justified the urgent assignment and leaves him T8th.

Talking about the slopier greens with James Duncan’s redesign here in Morocco, using @GavinMoynihan clubs. @airfrance where are mine? pic.twitter.com/g3AXHCh71f

Meanwhile, on Tuesday Bradley Dredge was indulging in a spot of tradecraft of his own, flying into Casablanca late in the day with information his colleagues craved.

In the Welshman’s case: green books.

They were sold out early in the week and then Dredge got the call: could he bring extra supplies?

“It went from them needing half a dozen to about 30,” he explained after posting a first round 5-under-par 67 to share a overnight lead of one shot with Alvaro Quiros.

With his late arrival to the tournament, and a pro-am scheduled on the Wednesday, his experience of the course stretched to a walking reconnaissance making the safe passage of the books an even more important duty.

Perfect reading material for extra study on the flight? “Yeah, must have been,” he laughed. “The green books are so good these days in terms of information, it saves a lot of work for us. You get the pin position, you look at the run-off areas and the contouring, and it’s easier to get the ball in towards the pin.

“The good thing for me is that I haven’t played the course the last two years. I last played quite a long time ago and I don’t remember the greens that well from then so it all felt brand new to me rather than a change from what I had seen.”

Or: “Agent unaffected by disinformation” reads the case officer’s report.

For Erik Van Rooyen the key to his opening lap of 68 was the codeword “kikuyu”.

Over the road on the Blue Course his fellow Johannesburg natives Nicole Garcia (first) and Stacy Lee Bregman (tied second) were thriving.

All three are used to playing on Kikuyu grass. For them, playing it it is not a question of making an adjustment, but reverting to type. Here were three agents well-trained in local conditions.

What to expect on Friday? Fingers crossed Nino Bertasio is revealed as an expert in counter-intelligence, Raphael Jacquelin completes a dead letter drop in the cork trees and someone’s handler (caddie) is revealed to be a double agent.