Golf365 flashback: A review of a year on the road 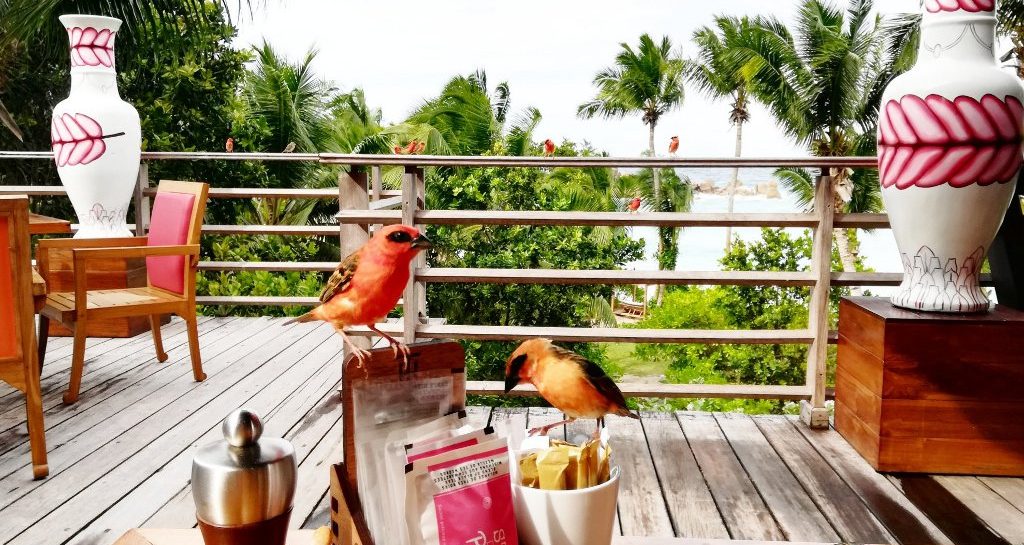 Golf365’s Matt Cooper uses Twitter to look back on his travels around the world in 2018, from Morocco to the Seychelles via Korea, Paris and more.

The Trophee Hassan II and Lalla Meryem Cup in Rabat, Morocco and an unlikely greenside reporter:

Woke up thinking I’d had a cheese dream that El Hadji Diouf has been goofing about by the putting green. Nope, it did happen. pic.twitter.com/YZYsijjlqk

To England and the European Tour’s GolfSixes, which in 2018 successfully included two all-female teams and welcomed all kinds of noise:

Wentworth for the final BMW PGA Championship in May and the recent diet of 1980s acts was turned on its head for the post-third round entertainment in the tented village:

These days, these days … golf is a bit different. Old boy in the corner wondering where Mike and the Mechanics got to.pic.twitter.com/CaznDFaQsT

At the golf. Bonkers. pic.twitter.com/Yd1jkSC69p

Justin Thomas was the only American to make the trip to Paris for the Open de France ahead of the Ryder Cup. He got one thing wrong (I asked him if the water would be in play from the first tee; emphatically not he assured me before, inevitably perhaps, the very first American tee shot found that water), but he was also the top American scorer:

An American in Paris. He's got rhythm, Who could ask for anything more? pic.twitter.com/JGrhPjq8BZ

A little bit of me would not be surprised if this pair are planning to hold this position until September. Golf fans *will* do stuff like that. pic.twitter.com/Rara3QXrT6

To Carnoustie for the 147th Open Championship:

An Open venue is always a little better when we can take the rattler to it. pic.twitter.com/n5lZtUiFyL

The gentrification of the Open. Rumours of a hand cooked pheasant and cranberry kettle crisp stand for Royal Portrush. pic.twitter.com/QqP9nLBtsT

You can't buy the Claret Jug. You earn the right to look after it for a year. pic.twitter.com/n6w6NRW28L

They're singing in Carnoustie tonight. Locals supported @F_Molinari in @TheOpen because one of them goes out with @letizia541 (she's Italian and big thank you to her for persuading then to sing once more for me). pic.twitter.com/UWNmtLGbpj

The Ricoh Women’s British Open at Royal Lytham and St Annes witnessed one of the great performances of the year, as Georgia Hall confirmed her ascent to world class with a first major championship victory.

If there is a play off tomorrow to find the final @RICOHWomensBrit champion, they should definitely hold it at the end of St Annes pier. What a back drop. pic.twitter.com/Kj6KQm3jrd

Ryder Cup preparation at The Belfry:

The great thing about golf is you can play on the same stage as the stars and recreate their brilliance with a lay up, near shank and failed sand save. pic.twitter.com/TbvG8McV4R

It was immediately apparent that Paris would produce a European Ryder Cup like no other:

Broody Paris. Don't get this in Sutton Coldfield or Newport. pic.twitter.com/kiJ9TEVXdW

Straight after Paris – Seoul for the LPGA’s International Crown where the Korean fans proved they are amongst the most passionate in the world:

The fervour for women's golf in Korea is every bit as crackers as I hoped. Best and daftest fun I've had on a course in a while (I'll make a thread) pic.twitter.com/u0QJ4HYGH0

Forgot to post this yesterday. It's just someone dressed in an inflatable Michelle Wie suit. Nothing out of the ordinary. pic.twitter.com/qcimzhgnaH

A week later In Gee Chun made it two wins in two weeks:

The love for In Gee Chun is quite something to witness and, even when firing herself into contention, she goes out of her way to return as many offered high fives as possible. pic.twitter.com/3QUsfREhtO

Brilliant end to a wonderful fortnight. Become very fond of this country and, after her emotional press conference, very pleased In Gee Chun claimed the win and can smile again. pic.twitter.com/Efrc2xNjd2

16th tee here reminds me of a Poirot story. "So, 'astings, we 'ave a swimming pool and two inflatable golden swans-" "But dash it, Poirot, the floating tray of fruit kebabs – what's the significance?" "Ah, Mon Ami, there is always significance. Employ the little grey cells." pic.twitter.com/20jxOtWu1T

To Mauritius where I learned Francesco Molinari might be the European golfing hero of the year, but back home his achievements were overlooked by many:

Was chatting to an Italian journalist earlier today who told me that Francesco Molinari has been overlooked by their equivalent of SPOTY, the Gazzetta Awards. Found this tweet & translation. Love the last line. pic.twitter.com/MkJWsFfJsX

Ending the year in the Seychelles for the Staysure Tour’s MCB Tour Championship at Constance Lemuria:

Completed the Seychelles triathlon this morning. Early hike through jungle, swim in the Indian Ocean to recover, then watching 12 holes from a bike. pic.twitter.com/YN6KX3tTCi