148 days until the 148th Open Championship 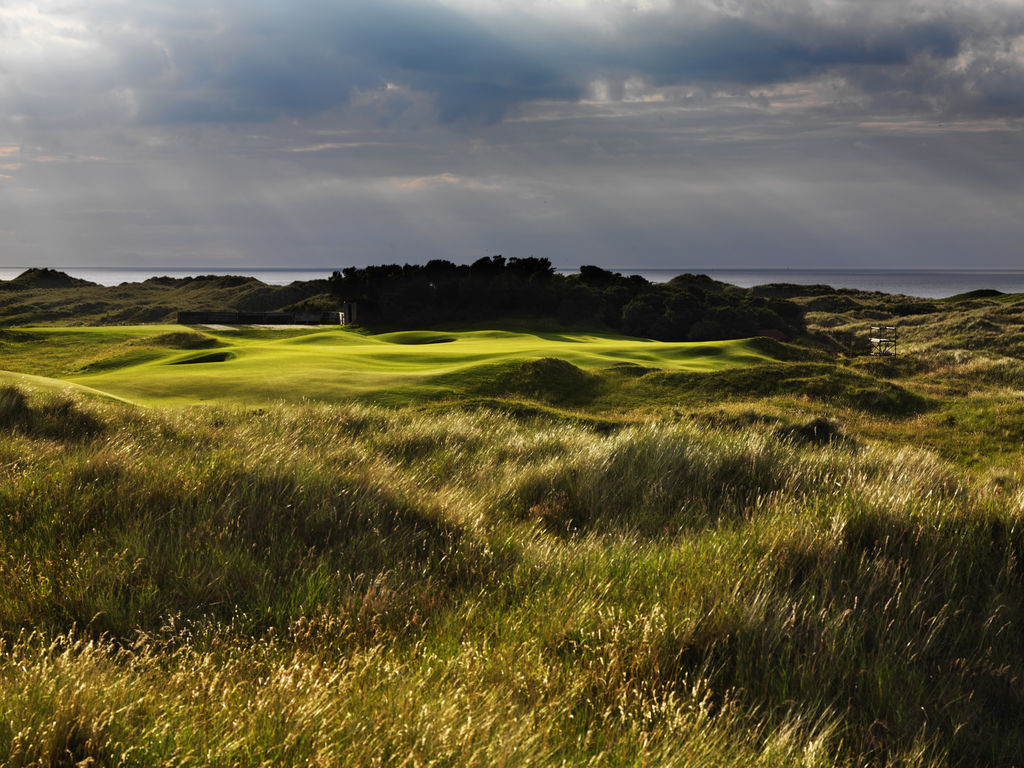 Riveting is something of a recurring theme in Northern Ireland.

In the early 20th century the streets of Belfast echoed to the sound of the ceaseless industrial riveting at the Harland & Wolff shipyards.

It’s an epic noise which is now recreated in stunning detail at the Titanic Centre, located on those same harbour walls.

This summer there will be a different, but no less epic, noise that echoes across Northern Ireland. The cause will golfing rather than mechanical and it will be the action itself which is riveting.

In recent years Irishmen have left home shores with golf swings honed on some of the finest golfing land in the world. Padraig Harrington, Graeme McDowell, Darren Clarke and Rory McIlroy have claimed four Opens, three PGA Championships and two US Opens between them.

And this July they’re coming home – the Open is returning to Royal Portrush.

Earlier this month Golf Ireland and Tourism Northern Ireland launched the country’s special year with a gala event at the Titanic Centre, attended by Peter Alliss (fondly recalling racy tales of his attendance at the 1951 Open at Royal Portrush), former champion jockey Tony McCoy (excited to see his countrymen take on the best in the world) and Superbike world champion Jonathan Rea (“I’ll be flying home from America for the Open – why would you not? Just imagine the craic!”).

It whets the appetite for what seems bound to be an epic renewal of golf’s most celebrated championship.

In a brief 24-hour trip to Belfast for the launch the expectations and excitement of the Northern Irish people was clear to see.

Cab drivers eagerly discussed the chances of Rory McIlroy and Tiger Woods. Cafe staff worried that the course might be ripped to pieces without a protecting wind. Newsmen revealed how locals were planning to welcome the flood of visitors. And residents of Portrush, Portstewart and Coleraine argued the case for the best base for the week.

Asked to make comparisons with other Open venues these locals had an answer for all of them.

“St Andrews has the best beaches.” “We’ve got great beaches.”

“Troon has the Postage Stamp.” “Portrush has Calamity Corner.”

“Turnberry has an island out to sea.” “We’re on an island.”

“Sandwich has a giant bunker.” “Have you heard of the Giant’s Causeway?”

“Birkdale has the best galleries.” “We’re sold out. Weeks ago.”

“Carnoustie had karaoke every night for a week.” “Good for them.”

Enthusiastic, passionate, proud – they are all this and more. Just picture what scenes we will witness on the first tee when Rory McIlroy’s name is announced on Thursday, just ponder the noise if an Irishman is in contention on the weekend. Most Open rota courses have to wait seven or eight years for a return, Portrush has been ready for 68 years.

Royal Portrush is such a special place to me, @TheOpen in July is going to be unforgettable.
Check out the full videos here at the new Open website https://t.co/ArKl9WAUK1 pic.twitter.com/rM2vplFOzL

It promises to be a sensational week, not only for Northern Ireland, but also for visitors from around the world. From the friendly welcome in Belfast, perhaps via a visit to the Titanic Centre or taking the coast road north via the Giant’s Causeway, this will be an arrival at an Open venue like no other in the last 50 years.

On returning to the airport after the gala evening the cab driver wanted to go beyond the favourites. “I watched Ryan Fox win the Northern Ireland Open on the Challenge Tour a few years ago,” he said, referencing the tournament the nation has hosted on Europe’s second tier since 2013. “I’ve kept my eye on him ever since. Second in the Irish Open last year, fourth two years ago. Remember him this July.”

And who claimed his maiden victory on the European Tour last week? Ryan Fox.

For more information on golf and travel in Northern Ireland click here and here.