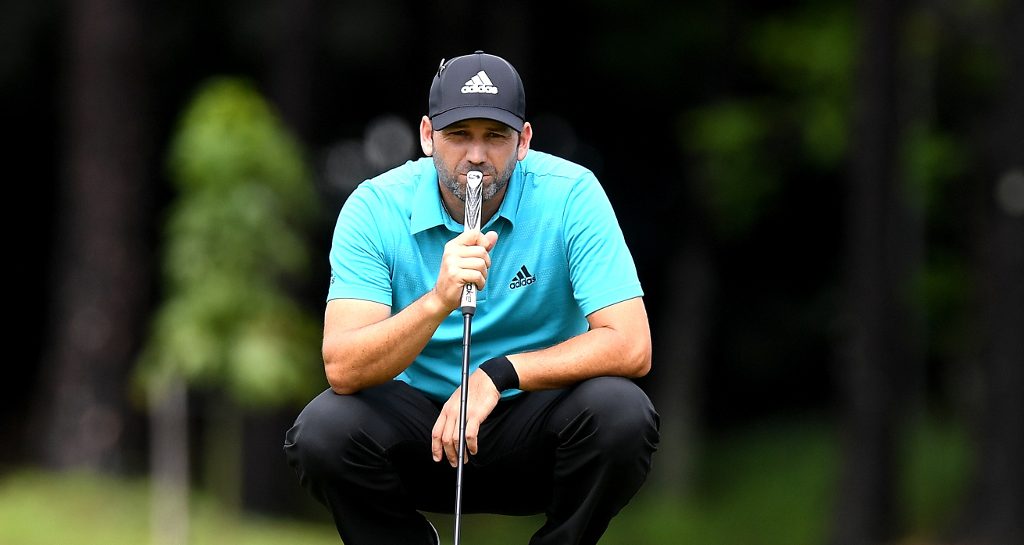 Australian duo Jordan Zunic and Adam Bland lead the Australian PGA Championship at Royal Pines by one shot ahead of Masters champion Sergio Garcia after the opening round of the European Tour event on Thursday.

Zunic and Bland both fired a six-under-par 66 while Garcia shot a bogey-free five under 67 in wet conditions despite never seeing the course until this week in a round which included two birdies on the back nine and three on the front.

Garcia was joined by four other players – Marc Leishman, Daniel Nisbet, Michael Wright – on 67, including, 58-year-old Peter Senior, who came out of retirement to play in his home event.

Garcia led for most of the day until Bland nailed six birdies in seven holes to lead, while Zunic eagled the last hole and join him at six under.

Senior's round was bogey-free in his first fully-fledged tournament in more than a year having retired in November 2016.

In an interview after his return, Senior said explained his last-minute decision to play.

"I was on the 14th hole at Killara Golf Club in Sydney and we had 15 minutes before the entries closed and I rang Gavin (Kirkman, PGA of Australia CEO) and said, 'Mate, I'm hitting it all right'.