Zander Lombard in front at Irish Open as Harrington stumbles 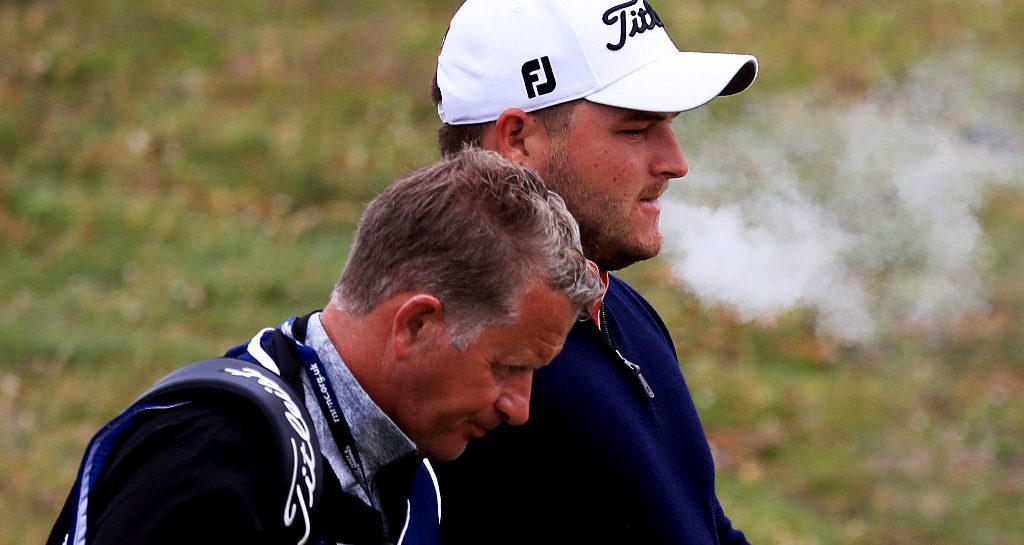 South African Zander Lombard is the new leader at the Irish Open after Padraig Harrington failed to capitalise on his stellar opening round.

Hometown hero Harrington stole the show at the Lahinch Links on Thursday with a sizzling 63 to grab a two-shot lead, but the 47-year-old’s second round was a full 10 strokes worse off to see him drop down into a tie for 20th.

Four bogeys in his opening seven holes saw Harrington’s lead evaporate in quick time, and even though he recovered to play his remaining 11 holes in one under, he still ended up five shots off the pace at the end of the day.

As for the frontrunner Lombard, the 24-year-old upstaged some of his bigger name rivals as he followed up his sparkling 64 on day one with another impressive three-under-par 67.

That gave him a one shot lead on nine under par heading into the weekend.

Lombard entered this event on the back of six straight missed cuts and decided to make a few changes to his game, and some of those changes clearly seem to be working.

“I missed a few cuts coming into this week and it’s been three months of hard work,” he said. “I had to change a few things in my physique and how I swing the club so it’s nice to see the hard work coming off and what a better place to see it happen.

“It’s been really good golf, solid, and I’m just really enjoying being at the top.

“I’m so comfortable on links golf. It’s never just a normal shot, it’s always a little three quarter, a little punch, judging the wind right. I had a good amateur career on links golf and brought it over to my pro career as well.”

Lombard lies one stroke clear of England’s Eddie Pepperell, who earned his place in the final group on Saturday after shooting a 67 of his own.

Another Englishman, Lee Westwood, lies a shot further back after also going round in 67. He shares third place with Spaniard Jorge Campillo, whose 64 was the best round of the day, and Mexico’s Abraham Ancer (67).

Andy Sullivan (66) follows on six under alongside the likes of Australia’s Wade Ormsby (69) and Dane Thorbjorn Olesen (69).

World No 11 Jon Rahm could only manage a 71 to finish on two under, seven back, alongside Shane Lowry, who also fell off the pace after following up his opening 66 with a 72.