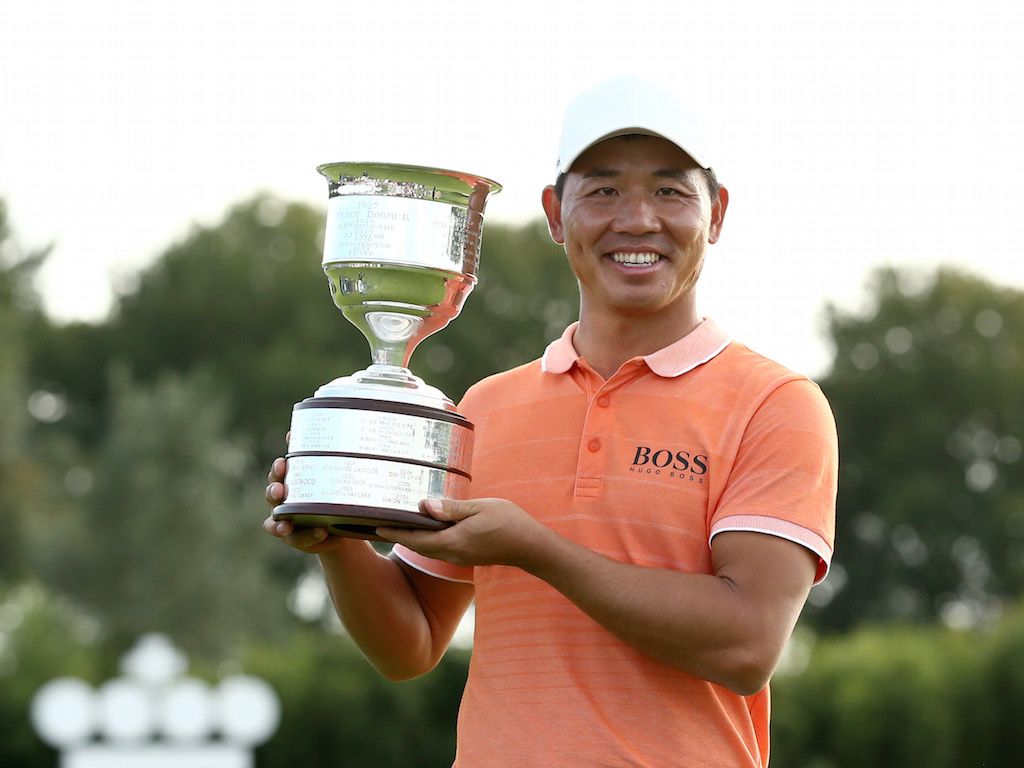 Wu Ashun was superb with his wedges on Sunday at The Dutch as he left it late to win his third European Tour title at the KLM Open.

Wu carded a final round of 67 at The Dutch to get to 16-under-par for the week which was just good enough to overcome the challenge of Chris Wood who finished at 15-under-par.

The tournament was decided on the 18th hole as Wu hit a stunning second into the green for his closing gain.

Ashun Wu's winning round in under three minutes 📽️#KLMOpen pic.twitter.com/d1TYUL7Lzg

A three-putt to end the tournament from Wood meant the title was gifted to the Chinese player.

“Unbelievable this week,” he said.

“I am so happy, very happy today and thank you everyone.

“It was beautiful weather this week too and a lot of good golf played here and I like this golf course very much.

“We just fixed my swing at the beginning of the year and we still trust that we are going the right way. My coach and I were working very hard and he has flown to the Czech Republic and Denmark to help me so I think we are getting better and better so that’s why I think last week was top ten and then this week just win.”