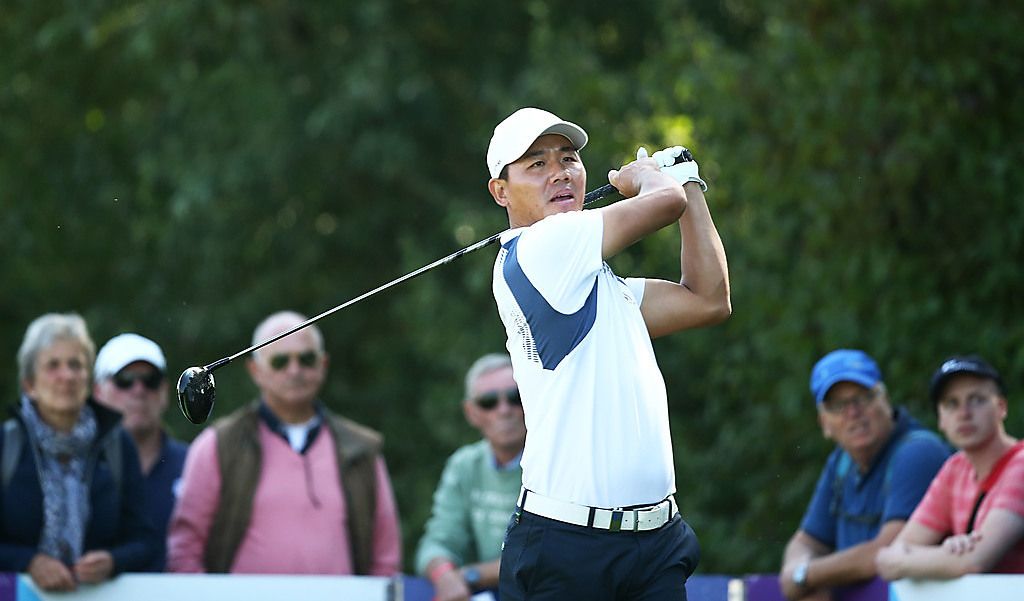 Wu Ashun fired a second round five-under 66 to lead the KLM Open by three shots with a total of 12-under-par at The Dutch Course in Spijk, Netherlands on Friday.

The 33-year-old from China is three shots ahead of England’s Jonathan Thomson (64).

At eight under, is China’s Li Haotong (66) alongside Scot David Drysdale (65), who are both a shot clear of Frenchman Benjamin Hebert(69), South Korea’s Soomin Lee (67) and England’s Chris Wood (70).

Wu’s round consisted of seven birdies and two bogeys for his 66 to go with his opening round 64 and a three-shot lead overall.

“I had a very good start today,” Wu said afterwards. “After two birdies on the first two holes, I knew that my good feeling from yesterday was still there and I felt I could go on and make a lot more birdies.

“The wind came into play today and although it was not very strong it was still making it a lot more difficult. I really like the golf course here and its design so I am really enjoying this week.

“If the wind blows hard tomorrow it makes things very tricky for us but if it stays still then you will have to go out and keep being aggressive and make lots of birdies.”

Thomson made seven birdies for his 64 to go with Thursday’s round of 69.

A shot back sitting at eight under is, Drysdale, who carded birdies at the fourth, fifth, seventh, eighth, tenth and 14th while Li birdied the sixth, ninth, tenth and 13th then bogeyed the 16th but bounced back on the next and made a sixth birdie of the day from the fringe on the last.

Lee made four birdies in a row from the 14th – including a chip-in on the 16th – in a 67 to sit alongside Wood and Hebert.