Wonderful Wu one ahead at KLM Open 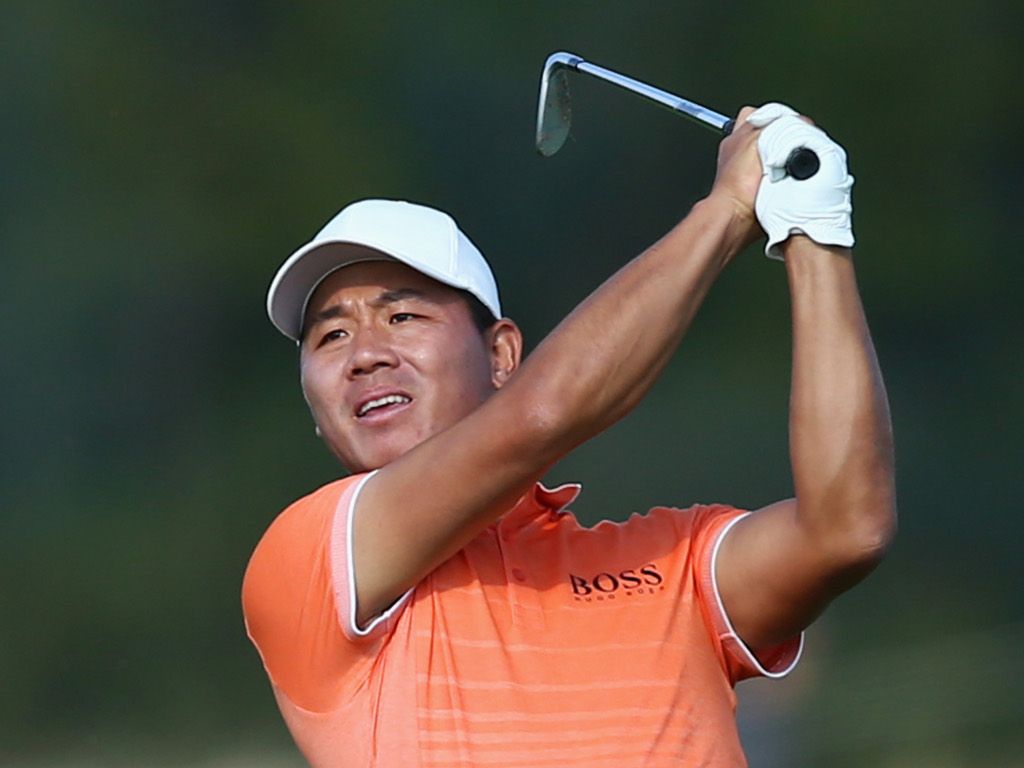 Wu Ashun will take a one stroke lead into the second round of the KLM Open following a superlative opening round on Thursday.

The Chinese native picked his way around The Dutch in Spijk to card a bogey-free seven under 64 , enough for one shot lead over Chris Wood of England, who is alone in second after his flawless round.

Starting on the back nine in the afternoon time slot, Wu rolled in four birdies before he got the to 18th tee, where a sublime iron left him five feet for another gain, putting him within one of the lead.

The world number 334 joined a four-way tie at the top of the leaderboard with a birdie on the par three fourth. Wu then drained a 16-footer on the eighth to take the lead on his own.

Ashun Wu moves to seven under and takes the outright lead #KLMOpen pic.twitter.com/iJLEpduckG

“I made a great start with five birdies over my front nine and I followed that up with two more over my back nine – and I’m very happy to have been bogey-free today,” said the two-time European Tour winner after his round.

“I was very good on the par threes today. I hit a nine iron on the 14th to about four feet and then on the par three 16th, although I missed the green, I managed to chip in for birdie.

“I feel very good from last week and I am gaining even more confidence this week.”

There are no less than 13 players two shots off the pace on five under, including young gun Matthew Southgate and the perpetually cheerful Soren Kjeldsen.