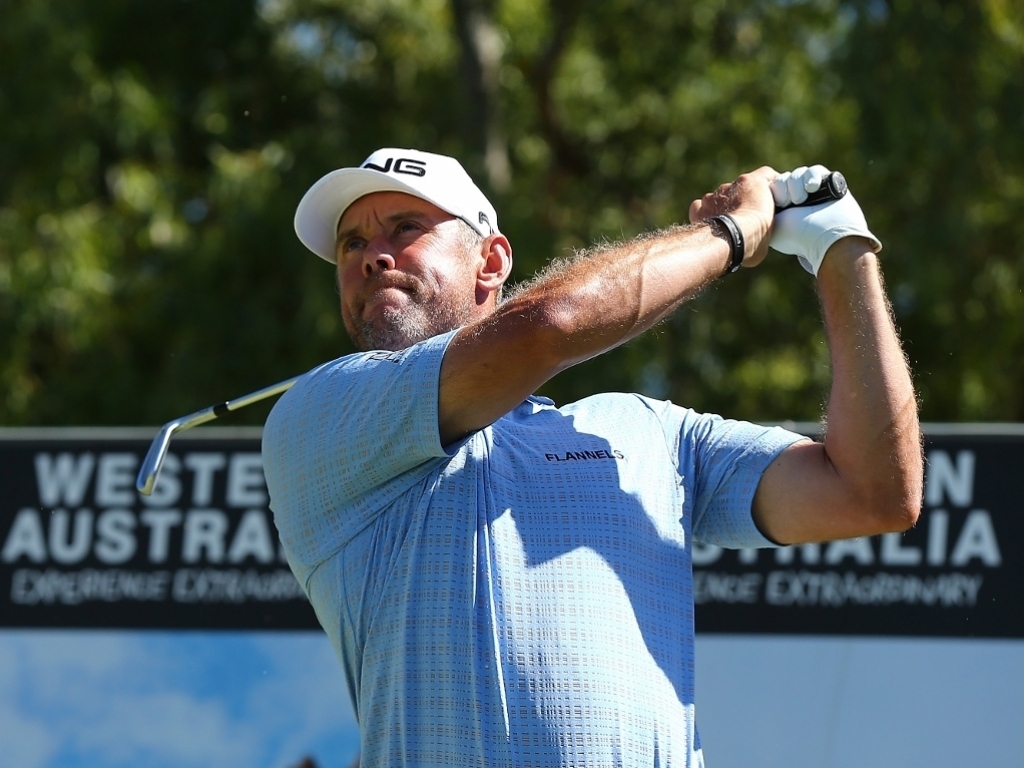 Lee Westwood and Brett Rumford are tied at the top od the leaderboard after the second round of the ISPS HANDA World Super 6 in Perth on Friday.

The duo were paired together and after a gusty day around Lake Karrinyup Country Club they were locked on eight under each, one stroke ahead of a quartet of chasers that include Thorbjorn Olesen.

Westwood dropped a shot to start but two sublime chip-ins on the fourth and sixth saw him catch up to Australia’s Rumford.

The pair swapped the lead for the rest of the round, with the Englishman signing for a two under 70 while Rumford settled for a 72 with a bogey on the last on a tough day of scoring.

"We both played well," said Westwood after the round.

"We haven't given too many shots away, made a few putts and I chipped in a couple of times. It's been fun over the first couple of days.

"I'm just trying to shoot as low as possible. I know if I carry on playing like I'm playing and a few putts start to go in, because I didn't really hole any putts today, I'll be thereabouts on the leaderboard.

"To be perfectly honest, match play is anybody's. You're going to need a lot of luck to win it."

Further down the leaderboard, Thai star Prom Meesawat is in T3 while South Africa’s Zander Lombard is alone in seventh on six under.