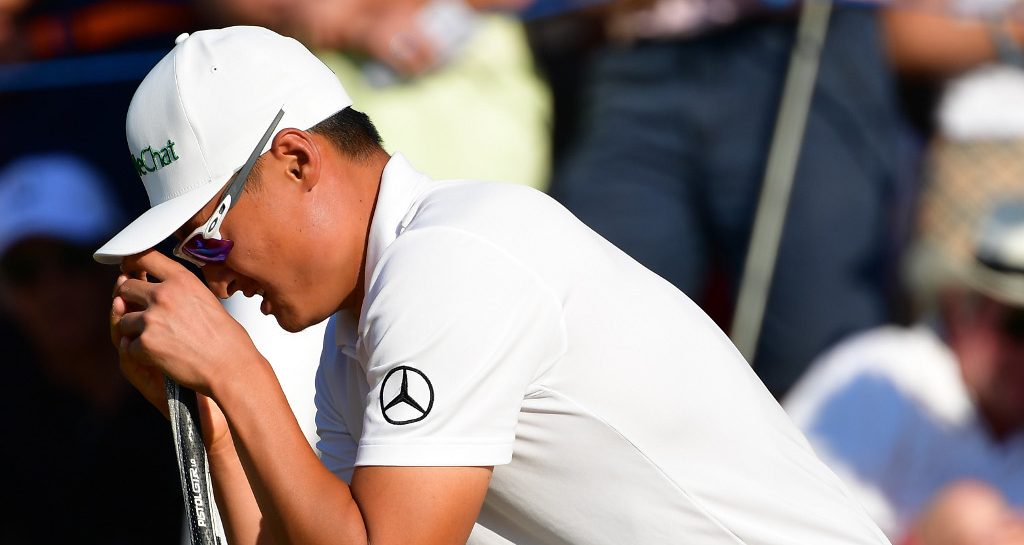 Where there are winners there are usually losers too, and Justin Rose’s joy at the Turkish Airlines Open on Sunday was matched only by rival Li Haotong’s despair.

The Chinese golfer started the final round in Antalya with a three-stroke lead, but both men stumbled down the stretch to end tied on 17 under par.

The pair returned to the 18th hole for a play-off, but Li would hand Rose the title by taking three putts from eight feet, after rushing his initial effort past the hole and failing to make the short return putt – much to the shock of everyone in attendance:

He’s done it 🏆 Rose defends and returns to World Number One. #TurkishAirlinesOpen #RolexSeries

It was a tough way for things to end, and afterwards Rose said he felt for his young rival.

“Obviously I do have a spare thought for Haotong,” he said. “That was a tough way to finish. He’s hit a positive putt to try and win, and that green is very tough.

“He was playing well but just making the odd mistake here and there and he wasn’t going away from the field. We both separated there with a few holes to play, but his eagle at 15 was wonderful. He hit the perfect shot, drawing off the spine.

As for Li, he was all class, despite his bitter disappointment.

“A tough day for me, honestly,” he said. “The playoff, I saw that ball definitely go in. I think I played well the whole week but didn’t hole a few putts on the last and that was it.

“It’s a pretty good round, especially against Rosey who’s such a nice guy. Hopefully next time I can play better.”