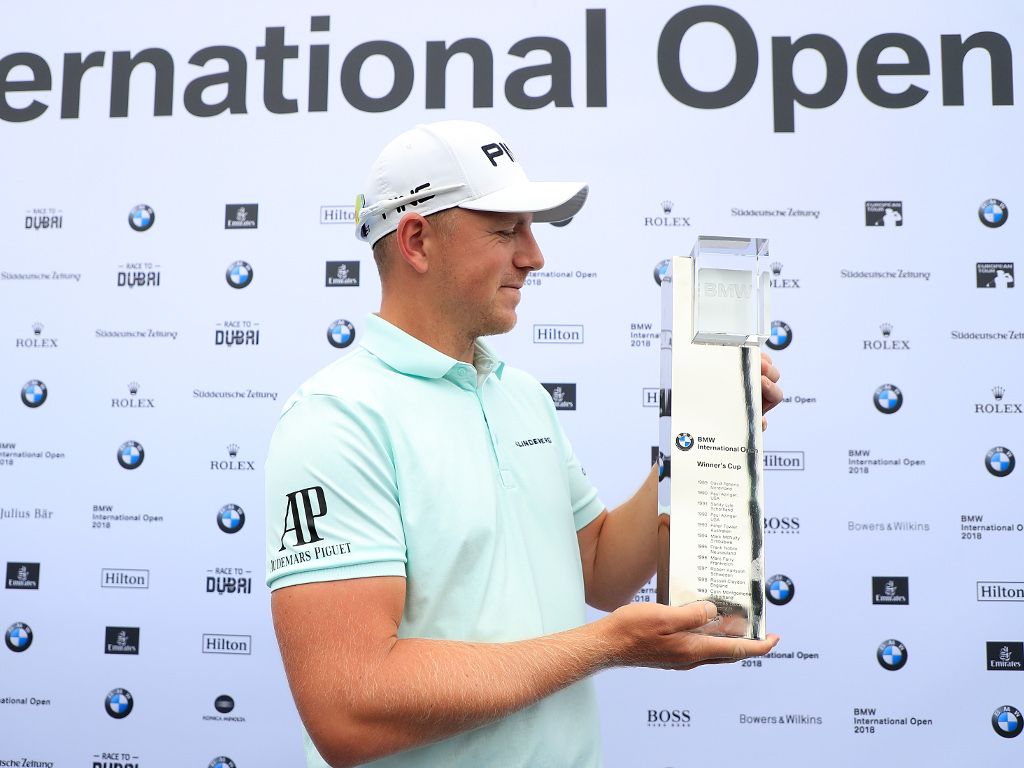 Matt Wallace emerged victorious on the final day of the BMW International Open on Sunday, winning by one stroke.

The Englishman held his nerve at the top of a packed leaderboard to edge out the chasing pack of Thorbjorn Olesen, Martin Kaymer and Mikko Korhonen by one shot at Golf Club Gut Laerchenof.

Wallace – who won the Hero Indian Open earlier this year – started the day two shots off the overnight lead and gained those on the front nine via two birdies.

By now, all eyes were on Olesen who was setting the German course alight, The Dane was four under on the front nine but a stunning seven birdies coming home saw him sign for a sizzling 11 under 61, the lowest round of his career.

But Wallace also made his run on the back nine with a five birdie blitz on his way to a seven under 65, including a two on the par three 16th, where he tapped in after a stunning tee shot to give him the outright lead.

“Brilliant to win here in Germany,” the 28-year-old told europeantour.com.

“The BMW is such a great event and to play against the likes of Martin Kaymer and the guys at the top there, it’s great.

“I work hard for this. I believe I can do it. I want to go further, I want to keep building on this. Obviously this gives me a lot of confidence to go on and play well and I want to kick on and hopefully do this in the bigger events from now on.

“This is great, this is a step in the right direction. We’ll keep working hard to bigger and better things.”

Further down the leaderboard, Aaran Rai of England and Denmark’s Lucas Bjerregaard finished tie for fifth.