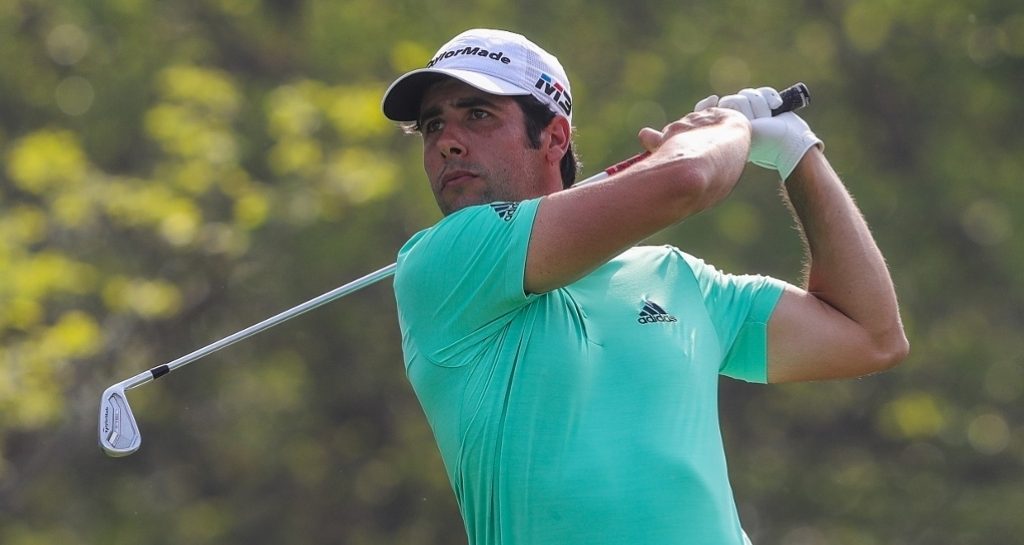 Overnight leader Matt Wallace of England battled to a three-under-par 69 to remain atop the leaderboard alongside Spain's Adrian Otaegui following a low-scoring day at the Volvo China Open.

The 28-year-old Wallace, who held an overnight one-shot lead, nailed four birdies against a bogey for a three-day total of 12-under-par 204 after three rounds at the Topwin Golf and Country Club. Otaegui matched his efforts after sinking five straight birdies starting from the eighth hole for a flawless 67.

Alexander Bjork of Sweden posted a 67 to share third place with Julien Guerrier of France and Jorge Campillo of Spain, who carded matching 68s, in the CN¥20,000,000 (approx. US$3,178,000) event, which is the oldest professional golf tournament in the country.

Korean talent Jeunghun Wang and American Sihwan Kim were among those bunched in sixth place on 206 following respective rounds of 68 and 70 in the 24th edition of the Volvo China Open, tri-sanctioned by the Asian Tour, European Tour and the China Golf Association.

Ashun Wu, a former winner of the Volvo China Open in 2015, emerged as the highest-placed Chinese player after signing for a commendable 66 to stay three shots off the pace in tied-12th position. He is one of the six local players who made the halfway cut.

Defending champion Alexander Levy of France fired a low round of 65 to move within three, giving himself an outside chance of winning the tournament for a record third time. He first won in 2014.

He is also chasing for back-to-back victories on the European Tour after winning in Morocco last week. Levy was seven shots off the lead going into the final round of the 2017 Volvo China Open.