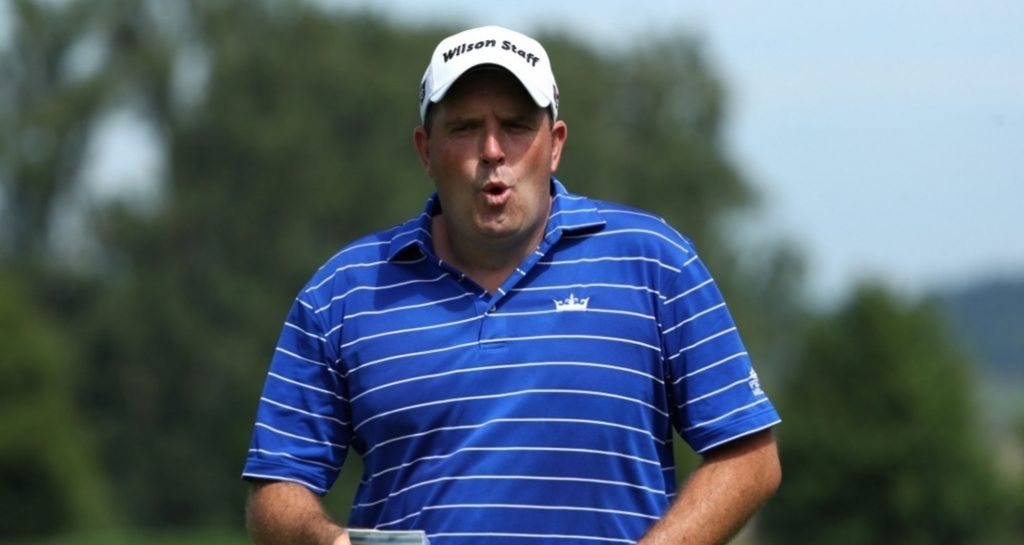 The Englishman eventually made it through to the Round of 16, but not before coming though a tough battle against his South African opponent.

Wall was in a spot of bother against Porteous, finding himself 2-down through 12 holes after the South African overturned an early deficit by winning the eighth, ninth, 11th and 12th holes.

But Wall hit back to win the 13th and 15th to get back on level terms, before a birdie-par finish on the last two holes saw him sneak a 1-up victory.

"I feel sorry for Haydn because he's been struggling a lot of the year and I think he played really well today and that's match play," said Wall. "It's one or two holes or one or two shots and luckily it was my turn.

"You want to just keep playing, keep working hard and not give anything away. I played great on the front nine but I gave away eight and nine with a par and a bogey and it stuck in my mind not to do it again. Whenever you get a chance to grab one you take it."

Wall moves on to face Welshman Jamie Donaldson, who was a 4&3 winner over Jorge Campillo despite losing his first two holes.

"Jamie Donaldson is a top player, clearly he's played match play at the highest level. He's a good friend just coming back to form and it will be a great game."

Other Round of 32 winners on Friday included home favourites Florian Fritsch, Marcel Siem and Alexander Knappe.

Englishman Matthew Southgate was also knocked out, going down 4&2 to Johan Carlsson.