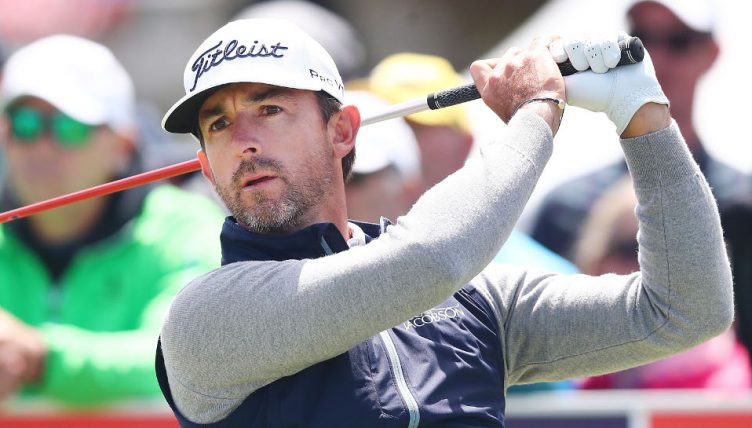 Wade Ormsby mastered the testing conditions to earn a two-shot lead after the third round of the ISPS Handa Vic Open.

All four rounds are played in alternating men’s and women’s tee times on the Beach and Creek Courses – although Saturday saw a special first:

Great to be part of the first ever mixed group today at @VicOpenGolf . Tough day out there today 💨 but a fun one. @EuropeanTour @LPGA @LETgolf pic.twitter.com/kxljAfr6WJ

All of the players took to the Beach Course for the third round, where strong winds and rain made life tricky for them throughout the day.

Ormsby was one of many to make early losses after he double-bogeyed the par-5 second, but he recovered superbly from there, picking up four birdies and avoiding any further birdies on his card as he signed for a two-under-par 70.

That took his total to 15 under par, two shots clear of England’s Callum Shinkwin and fellow Ausie Matthew Stieger, who defied the conditions with superb rounds of 66 and 65 to rise 39 and 54 places up the leaderboard respectively.

South African Justin Harding was another who made the most of the conditions, rising 61 places up to tied-third after a 66.

Harding shares fourth place on 12 under alongside Scotland’s David Law (71) and another local hope, Brad Kennedy.

Ormsby claimed his maiden title at the Hong Kong Open in 2017 – his 264th European Tour start – but he hasn’t had to wait too long to put himself in touching distance of a second.

“I made a bit of a meal of it straight out of the box,” he said in reference to his double-bogey at the second. “It was just tough out there. I just kept grinding, really, that’s all we can do in weather like that. You’re going to hit a lot of bad shots, need to recover a lot and I did that quite well so I’m happy.

“I feel good. I’m pretty relaxed this week, I’m treating it as a bit of a holiday. I had a tough week last week so I’m trying to enjoy myself a little bit more this week, so I’m doing that so far.”

In the women’s event, American Kim Kaufman will take a two-shot lead into the final round despite a third-round 75.