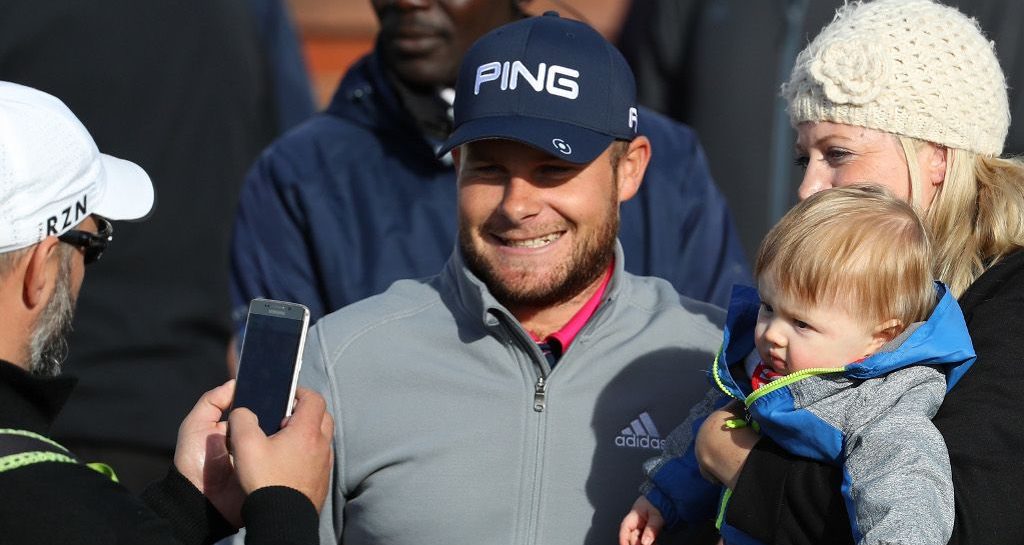 Just one week after being part of a magnificent Ryder Cup win, Tyrrell Hatton is on course to complete a third straight victory at the Alfred Dunhill Links Championship.

The 2016 and 2017 champion has been lurking near the top of the leaderboard all week but made a big move on Saturday, carding a superb six-under-par 66 at St. Andrews old course to take his total to 14 under par and claim a one-shot lead.

Drive the green, finish with birdie.

With all the players having now taken turns to play St. Andrews, Carnoustie and Kingsbarns once, the cut was made after three rounds as opposed to the usual two, leaving the remainder of the field to congregate for the final round at the old course.

Hatton will take some stopping on Sunday, having again proven just how much he loves the course-hopping format of the annual pro-am event.

If he does complete the European Tour three-peat, that will put him in a very exclusive club alongside the likes of Tiger Woods, Ernie Els and Nick Faldo.

“I’m certainly going to go out there tomorrow and give it my best,” said Hatton. “To join that club would be so special.

“It was nice to shoot a decent score. Front nine, although I was five under, felt quite difficult. It was pretty cold this morning and I was struggling to warm up. I hit a few loose shots, got away with a couple, which was nice, and then holed a couple of putts. Felt like I could have scored better on the back nine but hit a few loose shots again.

“We’re in a good position going into the final day and that’s all we can ask for.”

Hatton’s lead would have been much bigger if it hadn’t been for Marcus Fraser. The Australian made three birdies in his final four holes at Kingsbarns late in the day to sign for a 67 and move to 13 under, just one off the lead.

Overnight leaders Andrea Pavan and Lucas Bjerregaard follow a further shot back after a pair of 71s.

Visiting PGA Tour star Brooks Koepka looked set to be right among the leaders after racking up eight birdies in his first 12 holes, but he stumbled with three late bogeys and had to settle for “only” a 65.

That leaves him five shots off the pace, but certainly not out of the running.