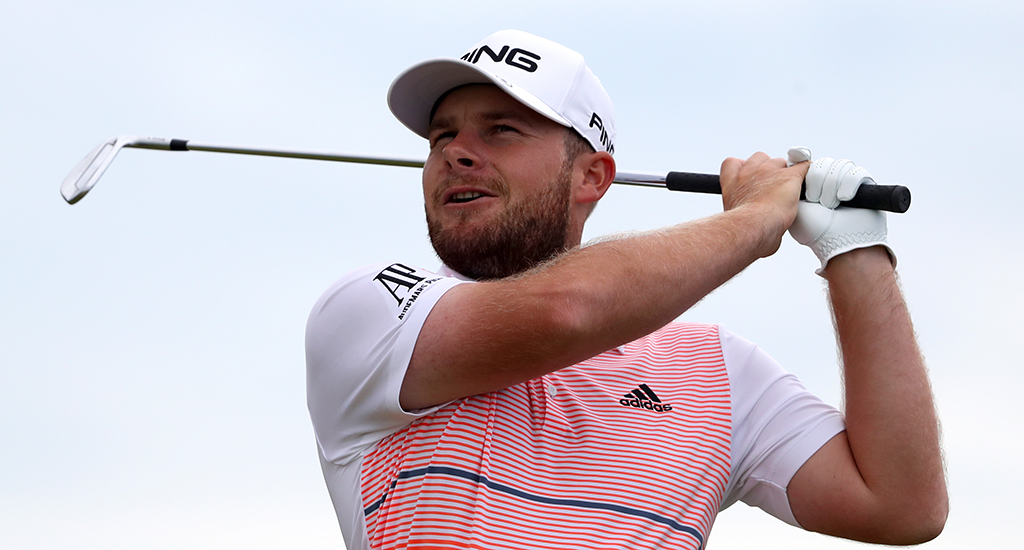 Tyrell Hatton enjoyed a stunning Sunday as he won a record-equalling six-man play-off to claim the Turkish Airlines Open title – and the £1.56million prize and place in the Masters that comes with it.

The Englishman overcame Austria’s Matthias Schwab on a fourth extra hole after the pair had tied at 20-under par with Kurt Kitayama, Victor Perez, Benjamin Hebert and Erik Van Rooyen in Antalya.

They were sent out in two groups of three on the par-five 18th and Van Rooyen was the first man eliminated after a wayward drive led to a bogey six.

Hatton looked in danger of an early exit as well after a clumsy third shot from the back of the green, only to then chip in from 40 feet for an unlikely birdie which was matched by Kitayama.

Schwab, who held a three-shot lead overnight and missed a birdie putt on the 72nd hole to win the tournament in regulation, was the only player in the second group to make birdie to leave three players heading back to the 18th tee.

All three missed good birdie chances on the second extra hole and the floodlights which can illuminate the back nine at the Montgomerie Maxx Royal were turned on before the trio headed back to the 18th.

Hatton looked set to seal victory after a superb pitch to two feet set up a certain birdie, but Schwab holed from 20 feet for a birdie before Kitayama missed from closer range and was eliminated.

On the fourth extra hole Hatton turned away in disbelief after his birdie putt from eight feet to win the title drifted past the edge of the hole.

But moments later he was celebrating victory after Schwab missed from close range for par after being on the back edge of the green in two.

“It’s so surreal,” said Hatton, who will undergo wrist surgery at the end of season. “I actually can’t believe that I’ve won. It’s been quite a difficult year in terms of things happening off course and the last month I feel like I really found my game again.

“I said to a few people on my team that if I was lucky enough to win again then I would definitely savour the moment, because I think it’s quite easy to take it for granted. Sport’s great when it’s going well, but when it’s not going well it kind of hits home so I’m absolutely thrilled.”

Hatton injured his wrist in a fall while making his Masters debut in 2017 and will be back at Augusta National in April after his victory lifted him from 48th in the world rankings to 30th. The top 50 at the end of the year earn invites to the year’s first major.

“I was well aware of my world ranking coming into this week. I just really wanted to have a good day today because I felt that if I played well, then that might secure the Masters.

“It’s such an amazing tournament and I can’t wait to get that Masters invite through the post again. It’s a special feeling, and obviously just a bonus with what comes with doing well.”

Schwab was understandably crestfallen after missing out on his maiden European Tour title, the 24-year-old carding a closing 70 but crucially failing to birdie the 18th in regulation for the first time this week.

“It was a close call,” Schwab said. “I had some good looks and good chances coming down the stretch in regular play and didn’t take advantage of them.

“It’s still a second-place finish, which is obviously not too bad, but at the moment it doesn’t feel too great.”