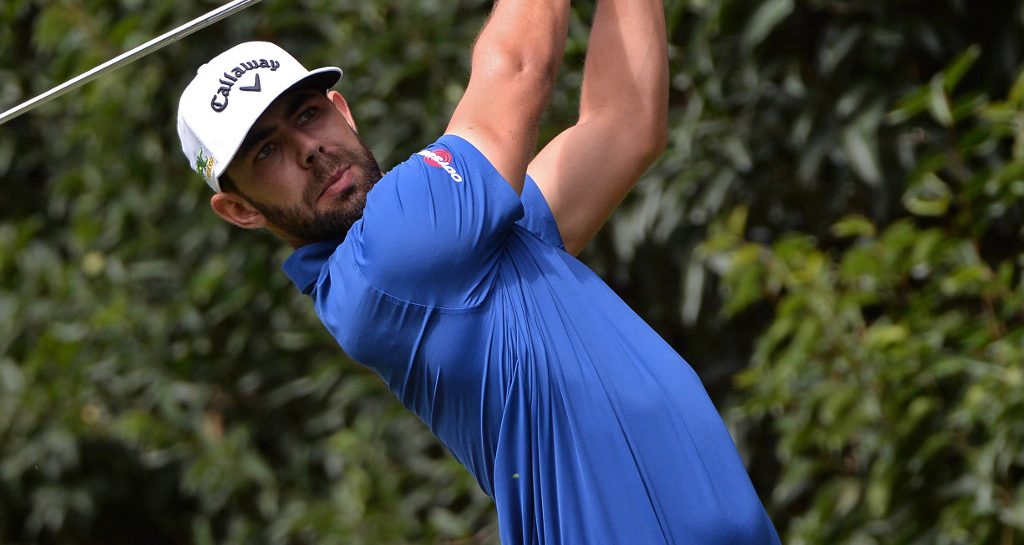 The final day of the Moroccan double header in Rabat is set for an intriguing contrast with a packed leaderboard for the men and a duel for the women.

In theory there are two courses in use this week at Royal Golf Dar Es Salam. In practice the men are playing the Red Course, the women the Blue Course and Nuria Iturrios and Lina Boqvist are playing another course entirely.

The Spaniard and the Swede posted rounds of 70 and 69 respectively to total 10-under 209 after 54 holes and they hold a mammoth seven stroke advantage over the field. Solheim Cup star Caroline Hedwall shares third with Laura Fuenfstueck and Hannah Burke, but it will take something extraordinary for one of the leading pair not to exit Rabat with her hands on the Lalla Meryem Cup.

Boqvist was assured in her third round, compiling four birdies and avoiding any dropped shots, but she faces a supreme test on the final day having never before been within three shots of a lead heading into a final round.

The closest she has been is four and that was the only time she’s been nearer than six, so she’s hoping that the shootout element of the last lap will help her overcome the nerves.

“I loved match play as an amateur,” she said. “I won my last start in the Swedish Match Play in 2012 and miss that format.”

Her “opponent” in the final round is equally fond of head-to-head duels.

“I’m Spanish,” she laughed. “We are fiery and passionate! In fact I hope one day to play in the Solheim Cup.”

Victory tomorrow would be a big step in that direction and she believes that spending more of her time on the Symetra Tour has improved her game when she returns to LET action.

She is a past winner of this tournament (three years ago), claimed victory two weeks ago on a minor tour, was second earlier this season on the LET in Australia and has three top 30s in America this spring. She heads into Sunday as favourite to claim the prize.

Spanish hands 🙌🏻@nuriaitu saves par on the
9th with a tricky two putt & heads to the back 9 on -8 #LallaMeryemCup
pic.twitter.com/vhfHQTRj5n

Meanwhile, the destination of the Trophee Hassan II remains completely up for grabs after a third day of to-ig and fro-ing at the top of the leaderboard.

South Africa’s Erik van Rooyen leads on 8-under 211 after a third round 68, one shot clear of Spain’s Jorge Campillo who posted a Saturday 69. Both player boast fine stroke averages throughout their European Tour careers as well as a host of top ten finishes, but both also play within the shadow of having failed to find the win their consistency suggests is well within their grasp.

They will be chased to the finishing line by Sean Crocker, another player yet to win at this level, who is solo third on 6-under. Julian Suri, Lee Slattery, Wade Ormsby and Grant Forrest are a shot behind him in a tie for fourth.

Van Rooyen has claimed seven top ten finishes on the European Tour in the 18 months since he graduated from the Challenge Tour. He led by four heading into the final round of last year’s Irish Open and was second at this stage in this tournament 12 months ago, but the win has remained elusive.

“I was quite nervous last year,” he admitted after thrashing five back nine birdies to overcome a sluggish start to his Saturday round. “I’ve been in this position a number of times and there will be nerves again tomorrow. But I love to be in this position. We’re staying patient and it’s working so far this week.”

Third placed Crocker is an American with Zimbabwean heritage which explains why he is mentored by Nick Price and he expects to be texted by the three-time major winner.

“He’ll probably just say hit it closer and hole more putts,” he laughed. “I haven’t been in this situation too often but I learned a lot when I was in the last group at last year’s Qatar Masters.”

Campillo tops both Van Rooyen and Crocker in the near-miss stakes. He has 28 top tens on the European Tour, nine times he has been top five heading into the final lap and he has been second twice and third once in his last four starts alone, yet still his arms are yet to lift a trophy (he also graduated from the Challenge Tour potless).

The difference this week might be that, unlike in those three most recent close calls when he was no nearer than T10th after 54 holes, he is hot on the leader’s tail.

What he cannot avoid are questions about the missing gap on his CV.

“Yeah, I’ve been here way too many times,” he admitted. “But I think you’ve got to be in position to win, so I’m in position and hopefully tomorrow is the day.

“People talk about it. They tell me all the time, be patient, be patient, you’re going to win, so I just believe in that.

If the sentiment is vaguely familiar it’s because Humphrey Bogart uttered words much like them in Casablanca, the film about the port a few miles up the road from this week’s venue: “Maybe not today, maybe not tomorrow, but soon.”

He was talking of regrets. Campillo and Van Rooyen will be hoping they have none of them after tomorrow’s round.