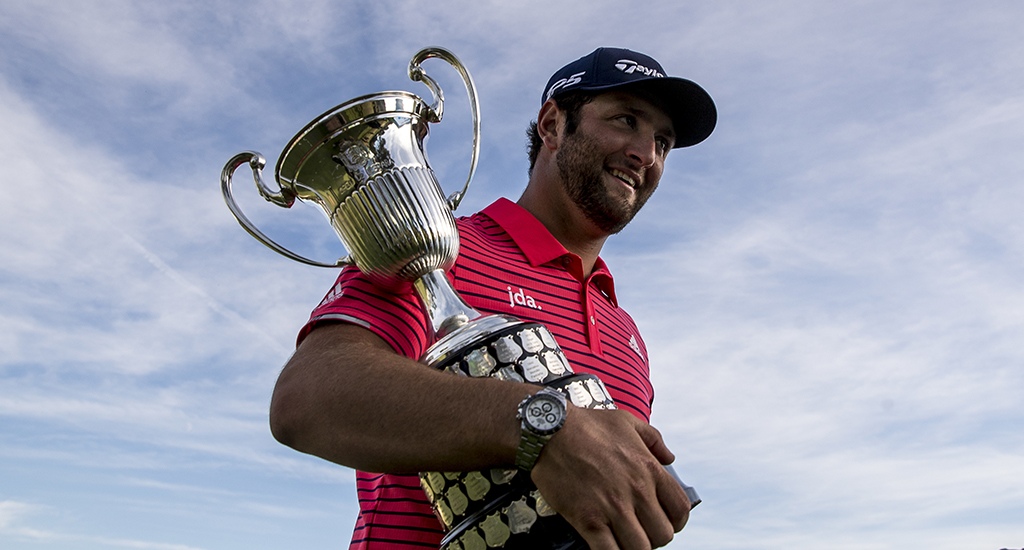 Jon Rahm says that he hopes to follow in the legendary footsteps of Seve Ballesteros after surpassing a proud record of his compatriot.

Ballesteros needed 49 appearances to win his first five tournament wins on the European Tour, but Rahm’s win at the Open de Espana last week meant he matched that achievement in ten fewer events.

However, while Rahm’s winning rate is currently faster than that of Ballesteros, he knows he is still well short of the 50 career crowns the Ryder Cup icon amassed in his glittering career.

“He did turn pro a lot earlier than I did so age-wise I think he’s beaten me,” Rahm conceded.

“Still, to beat Seve in something, it’s unbelievable. He’s one of the main references from European golf and world golf in general.”

“It’s great that I’ve done it here, to beat Seve’s record with his last professional win being at this course as well,” Rahm said. “It’s very special for me.

“Any time I can do anything close to what he did is unbelievable. That’s why I’m here, trying to make Spanish golf bigger and grow the sport in Spain like he did.”