Tight at the top after second round at World Super 6 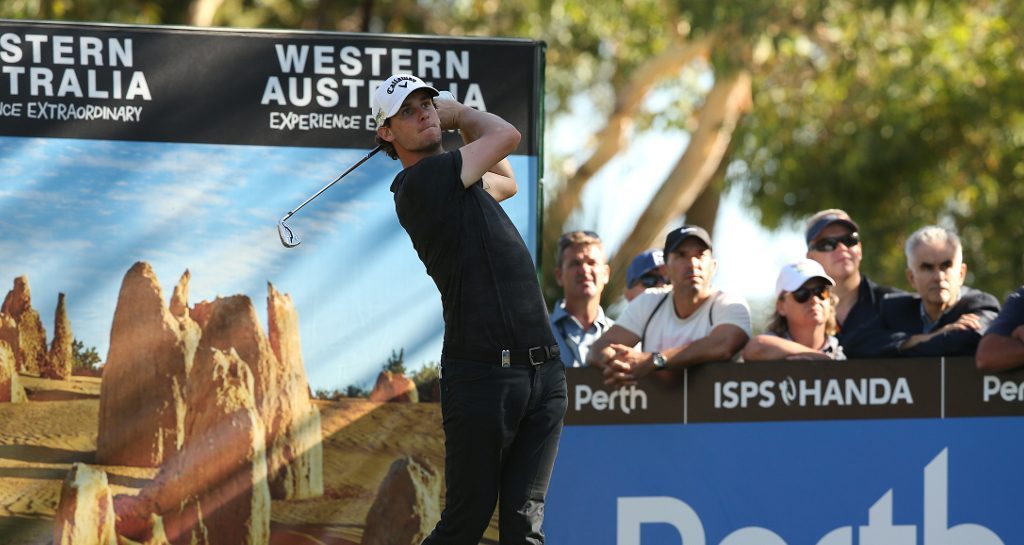 Belgium’s Thomas Pieters fired a 66 in windy conditions to join a four-way tie for the lead after the second round of the ISPS Handa World Super 6 in Perth.

The innovative World Super 6 is making its third appearance in the Race to Dubai, with three rounds of stroke play cutting the field before the top 24 players go head-to-head in six hole knockout match play on Sunday to decide the winner.

Three-time European Tour winner Pieters mixed eight birdies with two bogeys to grab a share of the lead on eight under par with three others – local duo Ryan Fox (68) and Matthew Griffin (67), and Thailand’s Panuphol Pittayarat (66).

Alex Noren would be impressed 👏🏻

📊 How things stand after two rounds in Perth: https://t.co/HLKnDCQpp2 pic.twitter.com/AIEEoaeIf1

With the final round set to be a match-play competition, leading the tournament isn’t as important as it would usually be, but Pieters is taking nothing for granted, as a tightly packed leaderboard means he could still theoretically end up outside the top 24 if he has a bad day on Saturday.

Last season, round two leaders Brett Rumford and Lee Westwood both failed to make it to the final day.

“You can get careless thinking you’ve got a lot of room to play with,” he said. “I think I’m going to try out there tomorrow and act like it’s a stroke play event and you always want to be in the first place. If you’re not, I don’t think you’re mentally taking it the right way.”