Three-way tie at the top in Oman 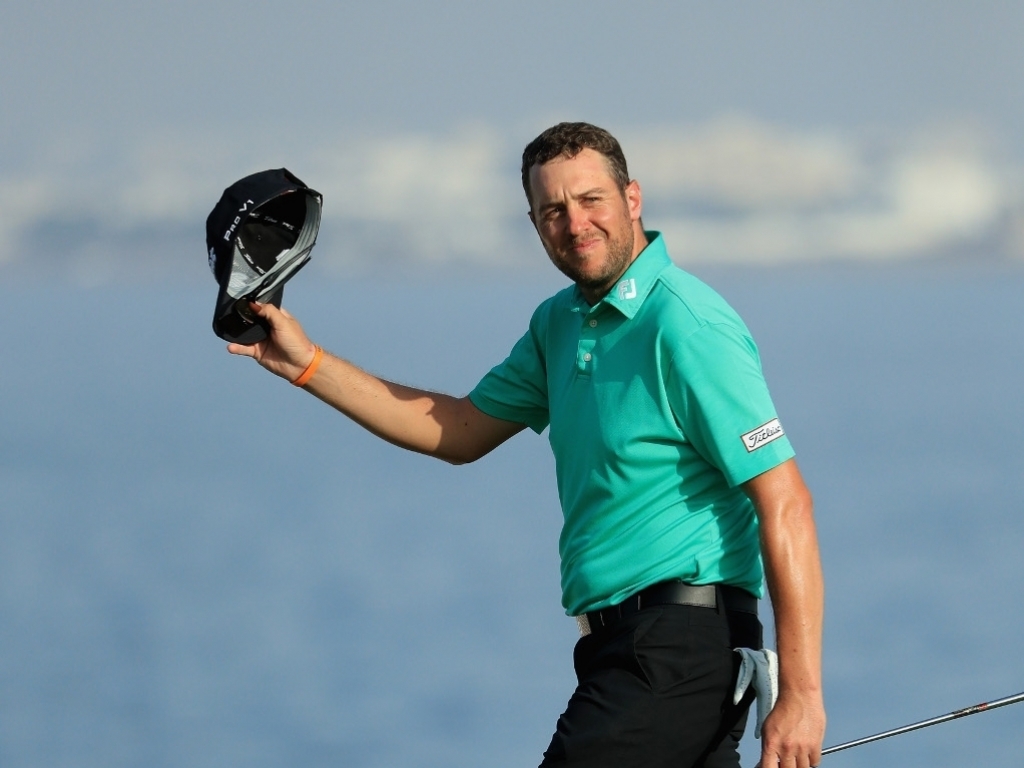 Matthew Southgate, Joost Luiten and Julien Guerrier all share a one shot lead as the NBO Oman Open heads into the final round on Sunday.

The trio are all locked on 12 under for the tournament, one shot ahead of Englishman Chris Wood who is alone in fourth on 11 under, while Adrian Otaegui and Alexander Levy follow on ten and nine under respectfully.

Guerrier and Luiten earned round of the day honours, both signing for superb six under 66s around Al Mouj Golf Course in Muscat. Luiten second consecutive 66 featured just one dropped shot on a card littered with birdies, while Guerrier enjoyed an eagle on the par five 12th after he drained a long range putt.

Meanwhile, opening round co-leader Southgate endured a tumultuous round. Getting off to a flyer with birdies on the opening three holes, the Englishman then conspired to drop four shots over the next four holes, including a double bogey seven on the par five seventh.

But Southgate managed to save his round, getting back to even par with a gain on the ninth before a sublime tee shot set up a short range birdie on the 11th. Birdies on the 12th and the last saw him card a very respectable 69.

Can he tie the lead?

Yes he can. @SouthgateMatt gets to 12 under par too. pic.twitter.com/LILGeDzCpl

Overnight leader Matthieu Pavon would slip down the leaderboard to T7 with his 75, along with the ever-popular Andrew Johnston.