Three-way tie at the top in Denmark 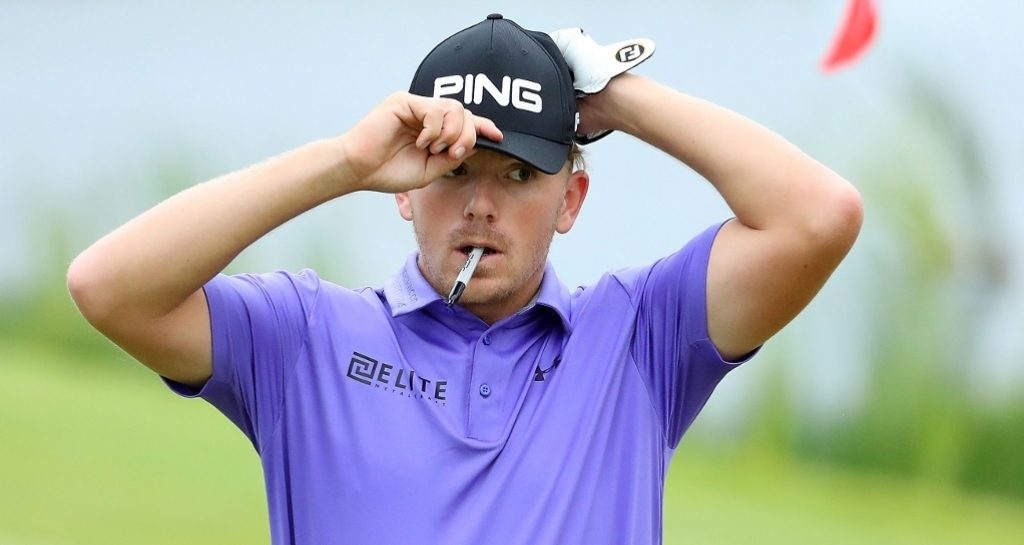 Afternoon starters Steve Webster and Matt Wallace joining early clubhouse leader Wade Ormsby at the top of the Made in Denmark leaderboard on Thursday.

Ormsby was the first man to shoot 64 on the opening day at picturesque Himmerland Hill Golf & Spa Resort, with Wallace and Webster later equalling the seven-under-par score.

Ormsby carded an eagle, six birdies and a single bogey in his round, while Webster fired seven birdies in a flawless performance and  Wallace mixed nine birdies with two bogeys.

The trio are one shot clear of Oscar Lengden, Robert Karlsson and Benjamin Hebert.

Wallace could have held the outright lead but dropped a shot at the last to fall into a tie. It could have been a lot worse, though, if a marshall hadn't found his ball in the rough.

Co-leader @mattsjwallace hugs the marshal who found his ball in the deep rough on the 18th hole…#MiDGolf pic.twitter.com/z7cT2v2xsJ

"I loved it out there today – especially when I made a birdie on 16 because the crowds there are awesome. They have been amazing all week and are so much fun to play in front of.

"I have been hitting the ball really well but something just hasn't been clicking. So I worked a lot on my putting last week and other areas of the game which I thought would help my scoring and it worked out really well today as I didn't play great but managed to score very well.

"The putting really kept me going today. I need to go and improve the ball striking for the rest of the week but if my putter keeps behaving like that then I'll be up there on Sunday."

It was also a special day for home favourite Thomas Bjorn, who was making his 500th European Tour appearance.

The fans at the 16th marked the occasion in a unique way, all donning their own Thomas Bjorn masks and serenading the lifelong Liverpool fan with 'You'll Never Walk Alone'.

Bjørn is big @LFC fan, so the crowd, led by Kaymer's caddie, sing You'll Never Walk Alone to him on 16…#MiDGolf pic.twitter.com/n3WJoTkbV3

"It's difficult to put into words really," said Bjorn, who shot a 73.

"I kind of feel like shooting 100 or shooting 60 wouldn't really have mattered. It was all about being out there today and sharing a moment with golf fans in this country who have done so much for me and always been there for me.

"It's a very special day for me and I'm just really happy I got to live this moment on Tour."

"Shooting 60, or shooting 100 – it wouldn't have mattered. I'll remember today for the rest of my life." @thomasbjorngolf pic.twitter.com/8MoXZMm2cE