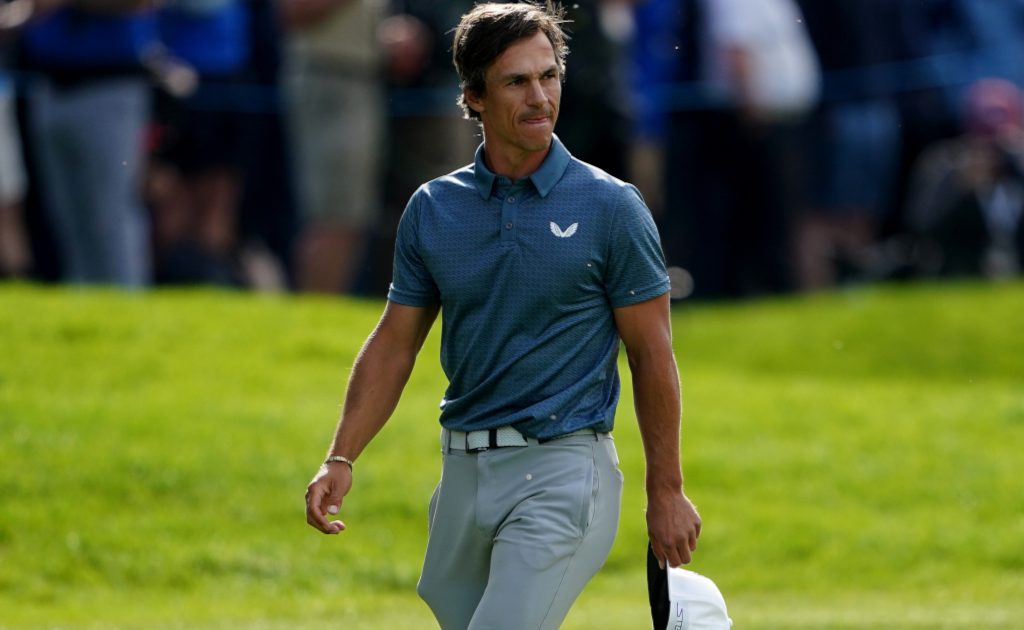 Five months after being cleared of sexual assault, former Ryder Cup winner Thorbjorn Olesen will take a three-shot lead into the final round of the Betfred British Masters.

Olesen emerged from a crowded leaderboard thanks to a spectacular eagle, birdie finish at The Belfry, having earlier holed out from 120 yards for another eagle on the fifth.

A third round of 69 took Olesen to 11 under par, with England’s Marcus Armitage and halfway leader Hurley Long his nearest challengers on eight under, Long recovering from a poor start to birdie three of the last six holes.

Scotland’s Richie Ramsay, who held the lead for much of the day, bogeyed two of the last three to fall back into a five-strong group on seven under, with compatriot Connor Syme another shot back after making an eagle on the famous 10th in his 68.

Olesen, who beat three-time major winner Jordan Spieth in their singles match at the 2018 Ryder Cup in Paris, is attempting to rebuild his career after he was cleared in December last year of sexually assaulting a woman on a British Airways flight in July 2019.

The 32-year-old claimed he turned into an “automaton” and was not in control of his body after drinking and taking prescription-only sleeping pills before a flight from Nashville to London, following a tournament in Memphis.

Olesen was ranked 62nd in the world at the time of the incident but is currently 376th and admitted he will not find it easy as he attempts to win his sixth DP World Tour title – and first since June 2018 – on Sunday.

“I’m going to be nervous,” said Olesen, who almost holed his approach to the par-five 17th from 242 yards for an albatross and was left with a tap-in eagle.

“It’s been a long time since I’ve been in this position. I know how hard it is to win out here. I’m sure guys are going to come after me. I just have to stay aggressive and see what happens.

“I feel like I have plenty of experience. I’ve been out here for a long time, but I’ve been close a lot times and haven’t won. So today was still a learning experience. I haven’t felt nervous like this for a while, but I’ve always enjoyed that feeling when I get into contention.

“I had a look at the leaderboard on 15 so I sensed that no-one was going really low, which actually made it easier to stay patient. But I did not expect that finish when I stood on the 17th tee.”

Armitage, who left school at the age of 13 following the death of his mother, Jean, from cancer, won his maiden DP World Tour title in Germany last year and would love to add another on home soil.

“It would be really special if I could do that in front of a home crowd,” Armitage said after holing from 30 feet to save par on the 18th and complete a third round of 70.

“Getting it in play is the key, especially round here as there’s a few tricky holes, and then play smart golf and get the putter hot. The last round in Germany (a 65) my putter was going silly. Hopefully I can get a little bit of that going and get the win.”

Armitage’s playing partner Danny Willett was not so fortunate on the 18th, a double-bogey six after finding the water with his approach dropping the tournament host seven shots off the pace.