Jonathan Thomson head and shoulders above the rest 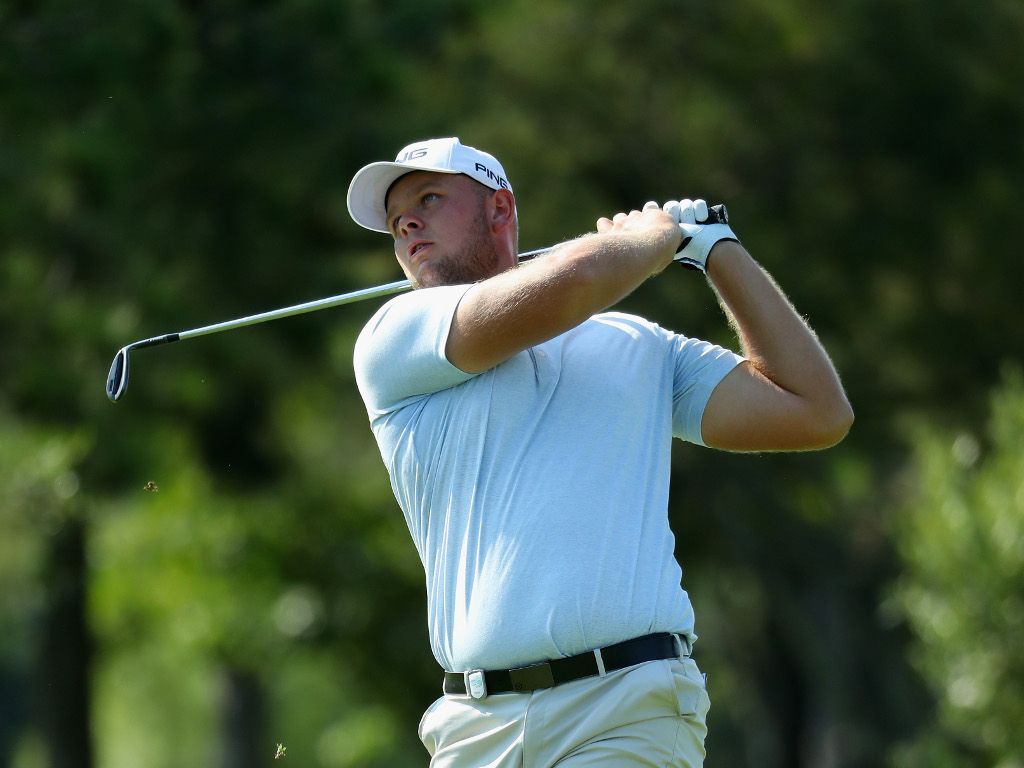 Jonathan Thomson carded a career-best round to take a two-stroke lead after the opening round of the Made in Denmark on Thursday.

The Englishman signed for an eight under 64 around Silkeborg Ry Golf Course in Aarhus, enough for two stroke lead over a host of chasers, including local hopeful Lucas Bjerregaard and Christian Bezuidenhout of South Africa.

The round would have been a course record for if preferred lies had not been in place, but Thomson has already set a unique record of his own. When the six foot nine inch golfer earned his European Tour card last year, he became the tallest player in Tour history.

Additionally, Thomson’s backstory in inspiring, as he suffered from leukemia as a child and suffered through five years of treatment while still continuing his golfing dream.

On Friday around a benign course, Thomson enjoyed a hot putter as he rolled in five birdies on the front nine and another four and a bogey coming home. He has missed seven cuts in 16 starts in 2018 and is still hunting down his first top ten finish of the season.

“It’s fantastic to get off to a great start for a change,” Thomson told europeantour.com.

“I have been playing some great golf recently but not scoring, so to get off to a low scoring start today was great.

“I had a good lesson on iron play in Prague last week and it has really tightened up my iron play and given me more opportunities to give myself more birdie chances. Last week I played fantastic and didn’t hole anything, whereas today I played to a similar level and holed some putts.

Further down the leaderboard, Hunter Stewart and Brett Rumford are part of chasing pack on six under, while Jamie Donaldson and Thai star Jazz Janewattananond are in T8 on five under.