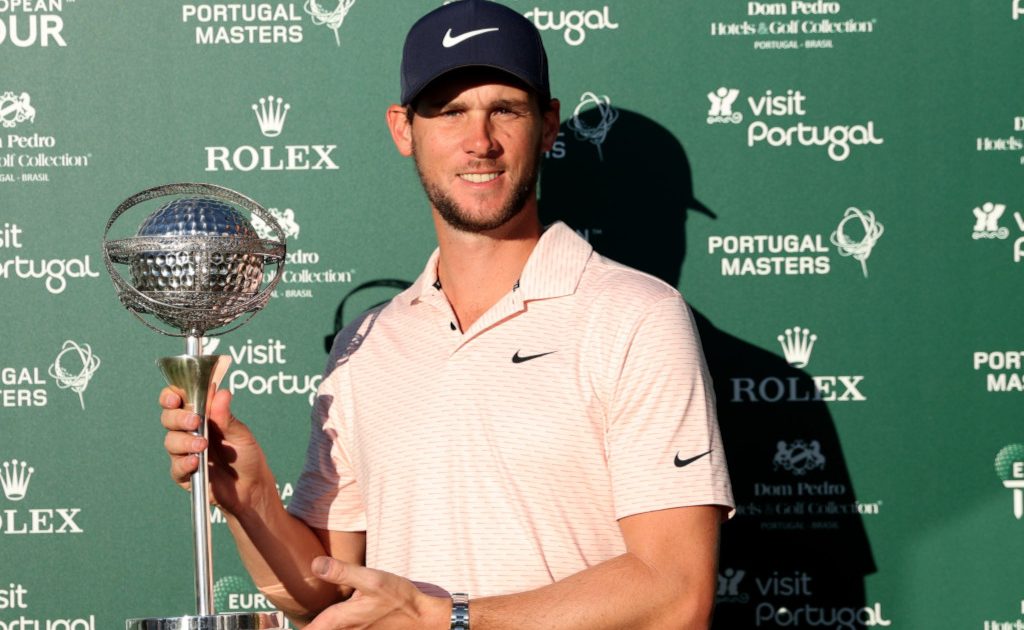 Former Ryder Cup star Thomas Pieters held his nerve on a chaotic afternoon in Vilamoura to card a closing 68 and win the Portugal Masters.

The Belgian started the final day sharing a four-shot lead with Matthieu Pavon but found himself two back with seven holes to play as the Frenchman looked serene in search of a first European Tour win.

It was all change on the par-five 12th, however, as Pavon put two balls in the water en route to a triple-bogey, with Pieters making a birdie in a four-shot swing that handed him a two-shot advantage.

Pieters found water himself on the 14th and there was a three-way tie at the top in the closing stages, but Dane Nicolai Hojgaard – who surged up the leaderboard with a closing 64 – bogeyed the last and Pavon dropped a shot on the par-five 17th after finding more water.

With some of the pressure relieved after seeing his playing partner’s error, Pieters put a five-iron to 20 feet on the penultimate hole and a two-putt birdie was followed by a par up the last as he finished at 19 under, two shots clear of Pavon, Hojgaard and another Dane in Lucas Bjerregaard.

Pieters won the final qualifying event for the 2016 Ryder Cup in Denmark to help earn himself a wild card and repaid captain Darren Clarke’s faith by claiming four points for Europe in a losing effort.

He had won just once since at the 2019 Czech Masters but his fifth European Tour victory means he will qualify for the season-ending DP World Tour Championship.

“I was going into this week and next week with my back to the wall. I had nothing to lose but everything to gain.

“I’ve never missed the end of the Race to Dubai and really didn’t want to miss it. I didn’t care if I finished first, second or third. I just wanted to get there, but winning is amazing.”

Pavon finished his week with a 70, while Bjerregaard carded a 66.

LIVE SCORES: Check out all the latest scores and leaderboards in our golf live scores centre.