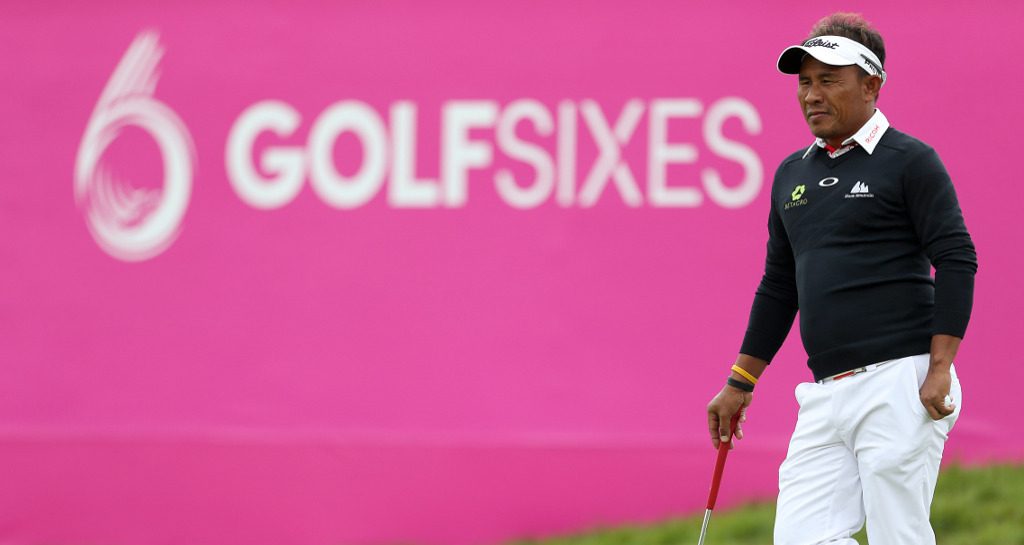 Thongchai Jaidee made a hole-in-one as Thailand knocked out defending champions Ireland on the opening day of the European Tour’s innovative GolfSixes Cascais.

The tournament features a host of innovations aimed at appealing to a younger demographic and broadening the European Tour’s appeal, from teeing off over a swimming pool surrounded by VIPs, fans and a DJ, to the introduction of two women’s teams joining the men, a 30-second shot clock on the fourth hole, and players being allowed to wear shorts and use measuring devices for the first time.

As for the golf itself, the matches take the form of six-hole modified greensomes contests, with 16 two-player teams battling it out in four separate groups.

The first day saw the 16 teams reduced to eight following a series of round-robin matches, with the top two teams from each group moving on to the quarter-finals.

Defending champions Ireland found themselves eliminated after going down 3-1 to Thailand, with an ace from Thongchai Jaidee – the first in GolfSixes history – helping to seal Paul Dunne and Gavin Moynihan’s fate.

That saw the Thai duo of Jaidee and Phachara Khongwatmai, who drew with both England and Sweden in their other matches, top Group B and set up quarter-final meeting with Scotland’s Stephen Gallacher & David Law, who finished second in Group A behind England pair Tom Lewis & Paul Waring.

Group C was won by Spain, who were the only team on the day to win all three their round robin matches, with the pair of Jorge Campillo & Nacho Elvira defeating Italy, South Africa and Denmark.

The Spaniards move on to face Australian duo Scott Hend & Wade Ormsby, who beat the Germany Women’s team consisting of Esther Henseleit & Laura Fuenfstueck by one foot and seven inches in a nearest-the-pin play-off to secure second place in Group C.

The England Women’s Team were also eliminated, as Meghan MacLaren & Florentyna Parker managed only a draw with Thailand on the day.

The 8 teams to progress: