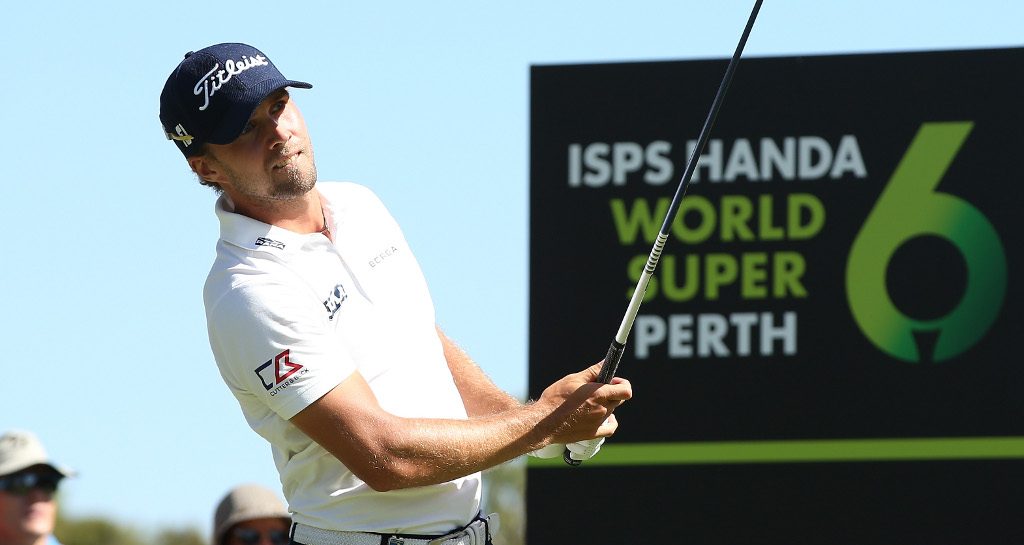 Swedish rookie Per Langfors fired an impressive eight-under-par 64 to grab the top seeding heading into the final match-play round of the World Super 6 in Perth.

The innovative World Super 6 sees the field compete in three rounds of stroke play before the top 24 players go head-to-head in six hole knockout match play on Sunday to decide the winner.

Saturday’s third round saw the top 24 decided, and it was World No 678 Langfors who claimed the top seeding after finishing the day with a one-shot lead on 10 under par.

Langfors, who came through all three stages of the Qualifying School in 2018, mixed seven birdies and an eagle with a lone bogey to lift himself 36 places up the leaderboard into first place.

New Zealanders Ryan Fox and Gareth Paddison, Japan’s Yuta Ikeda and Belgian Thomas Pieters follow on eight under, completing the top eight who secure a bye into the last 16 for the knockout stages.

England’s Ben Evans, Australians Daniel Gale, Matt Jager and Min Woo Lee, Thai Jazz Janewattananond and Frenchman Clément Sordet were then at seven under and all made it to the final round as well.

With 11 players following on six under and only 10 spots remaining for Sunday’s match play, they all had to head back out in three separate groups for a play-off to decide who would go through.

Ormsby and Murray were the last men standing before the Australian holed a 40-foot bogey putt to send Murray packing.