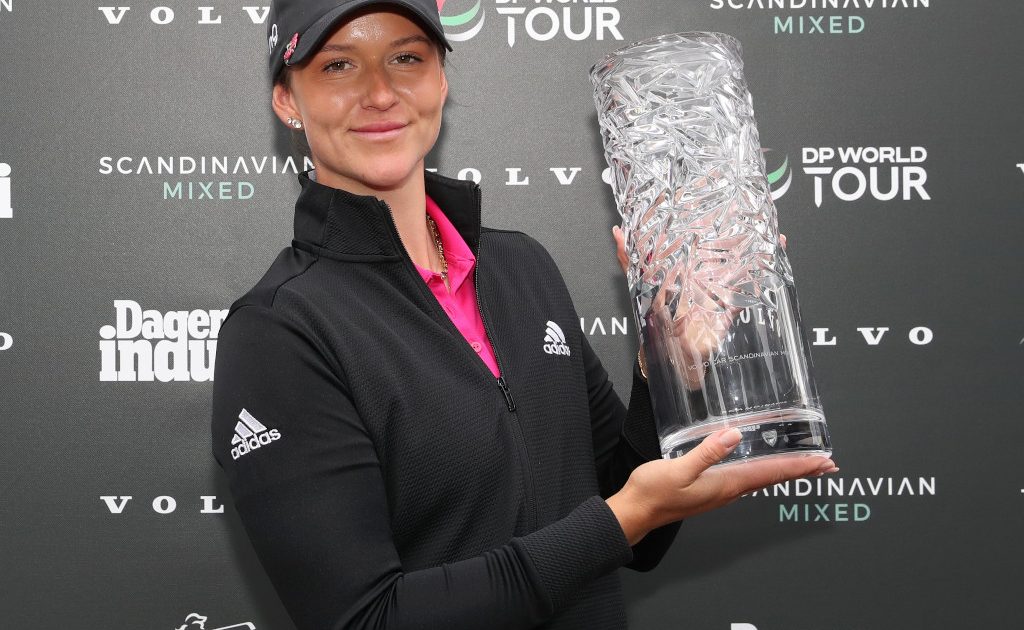 Linn Grant became the first female winner of a DP World Tour event with a commanding nine-shot victory at the Volvo Car Scandinavian Mixed in her native Sweden.

Flying the flag for the Ladies European Tour at the mixed event at Halmstad Golf Club, the 22-year-old saw off her male challengers in style thanks to a spotless final round of 64 which took her to 24 under par for the tournament.

Grant only turned professional last summer but already has three LET titles to her name and six worldwide.

Fellow Swede and tournament co-host Henrik Stenson was in a tie for second on 15 under alongside Scotland’s Marc Warren.

Asked if she particularly wanted to beat the men this week, Grant told the DP World Tour website: “For sure – the most important thing!

“It’s a nice feeling. All week I just felt like it’s the girls against the guys and whoever picks up that trophy represents the field.”