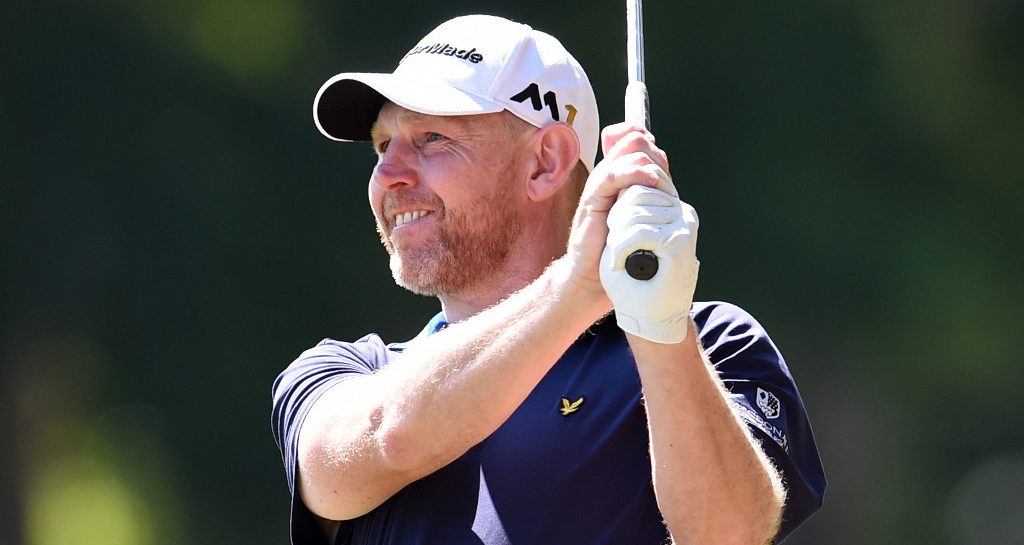 Scotland’s Stephen Gallacher confirmed himself as the European Tour’s hottest player in the first round of the Trophee Hassan II at Royal Golf Dar Es Salam.

There was a time not so long ago when a man in his mid-40s, travelling with his 18-year-old son, whilst experiencing highs in Morocco and India, might be thought to be having something of a mid-life crisis on the Hippie Trail.

In the case of Scotland’s Stephen Gallacher, however, his son is carrying his golf bag rather than a sitar, the highs are on leaderboards rather than anything psychedelic, and all he has scored is a win in Delhi and an albatross-2 to kick-start this week’s Trophee Hassan II.

The 44-year-old ended the first round in a tie for fourth with Matthieu Pavon on 5-under-par 68, two shots behind the early pace-setter Jordan Smith and one adrift of Alejandro Canizares and Sean Crocker, but the conclusion to his morning lap of the Red Course at Royal Golf Dar Es Salam was the undoubted highlight of the day.

He had waited three weeks to return to the course after his victory at the Indian Open, his first in five years, and reached his 16th hole of the day in level-par. But he made birdie at the seventh and ninth, whilst in-between he was persuaded by son and bagman Jack to hit 3-iron into the 577-yard par-5 eighth.

“He was confident on it,” Gallacher Sr said afterwards. “He said that there was only one club. I just had to flight it down a bit. It was 240-yards, I landed it 225 and I got a good bounce.

“I thought it was going to run up to eight feet or something like that, but it went in.”

In those three holes, Gallacher transformed his day and potentially his week. In the words of Humphrey Bogart in Casablanca: “Here’s looking at you, kid.”

What a great club my caddy pulled there!!!#TropheeHassanII

For Englishman Smith it was an exceptional day. He peppered his card with seven birdies and not one dropped shot as he claimed the first solo first round lead of his European Tour career.

“The first four holes I couldn’t hit a barn door,” he admitted after signing for a 66 on the newly extended par-73 layout (the par-3 17th has become a short par-4). “I just scrambled well and hung in there.

“I then started to hit a lot of iron shots close and I rolled the ball well on the greens. I’ve made a lot of cuts this year, but I want to finish as high as possible. I want to get those top tens, top fives and wins.”

Across the road at the Ladies European Tour’s Lalla Meryem Cup, Lina Boqvist of Sweden matched Smith’s 7-under-par 66 (the Blue Course is also a par-73) and he managed nine birdies to atone for two errors on the back nine.

Her compatriot Camilla Lennarth shares second with Spain’s Nuria Iturrios on 5-under with the recent South African Open winner Diksha Dagar alone in fourth after a 4-under 69.

“I see the lines very well here,” she said. “I read the grass and the greens very well. They are like the greens I have putted on at home in India.”

The 18-year-old left-hander is more or less entirely self-taught at the game and her willowy figure and instinctive style calls to mind Bubba Watson.

“She is very sharp at observing things, very attentive,” her father and caddie Narinder Dagar explained. “She has learned from watching me play the game. In fact, she has watched very little golf on television.”

The winner of the Trophee Hassan II is awarded a dagger, now there is the delicious prospect of a Dagar winning the Lalla Meryem Cup this weekend.

.@camillalennarth delighted
with a bogey-free 1st round 6⃣8⃣