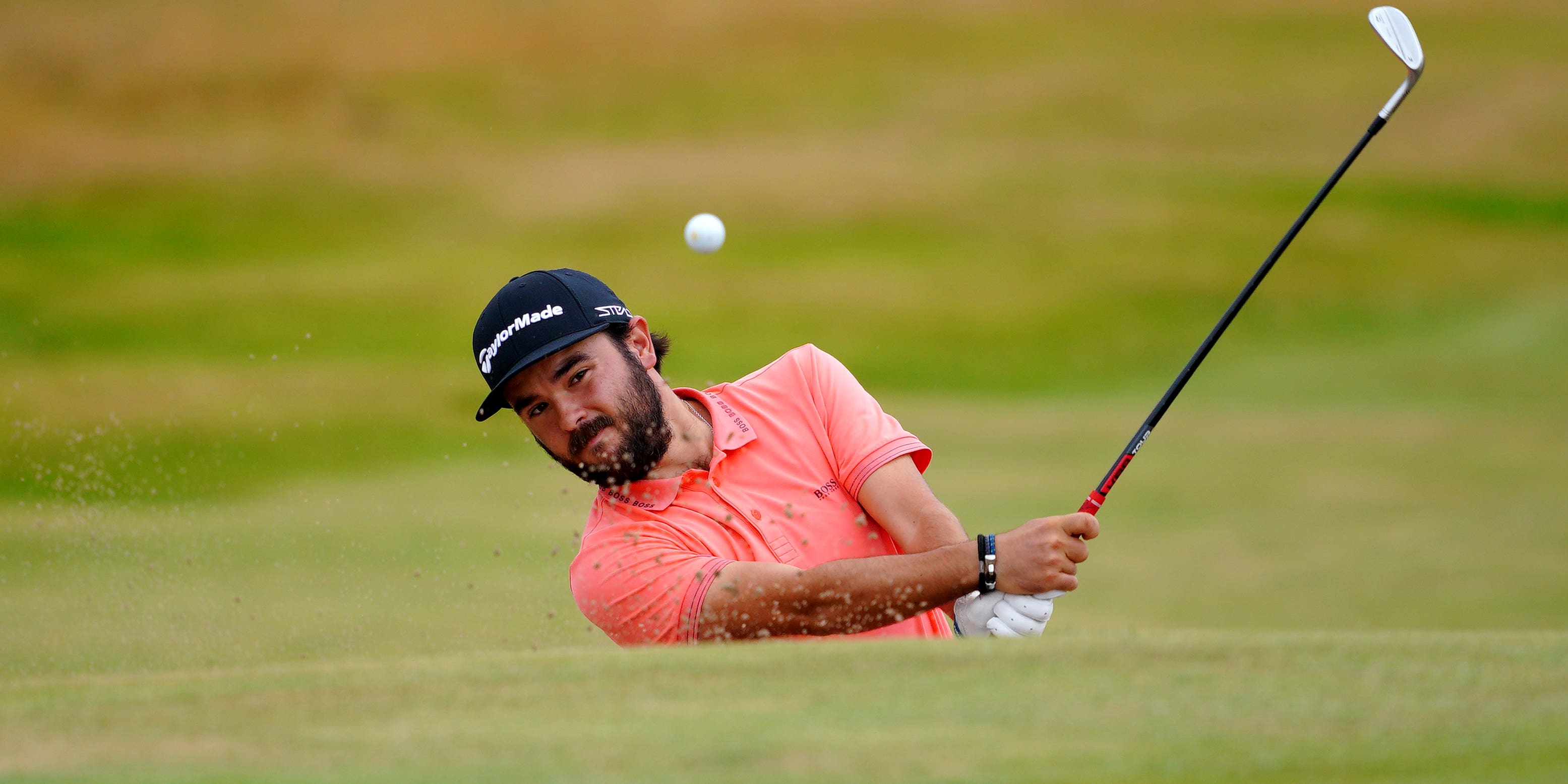 Spain’s Angel Hidalgo delighted the home fans with a stunning 63 to claim a share of the halfway lead in the Andalucia Masters at Valderrama.

Hidalgo carded eight birdies, including seven in a nine-hole stretch around the turn, and narrowly failed to chip in for another on his final hole which would have seen him equal Bernhard Langer’s 28-year-old course record.

The world number 325’s total of nine under par was matched late in the day by compatriot Adrian Otaegui and in-form Australian Min Woo Lee, who finished second here last year and was third in the Spanish Open on Sunday.

Lee added a 67 to his opening 66, with Otaegui’s scores recorded the other way around.

“I started the day hitting it so badly on the range, but I just tried to put the ball in the fairway on the first few holes and started to take some confidence,” Hidalgo said. “I made every putt today and that was the key.

“When I saw my ball on the fairway on the eighth (his penultimate hole) with 65 metres to the pin, I thought if I make birdie here I can make birdie on nine and maybe 61 for the course record.

“But the putt on eight was so tough and a 63 is a dream score and I’m so happy.

“The support from the crowd was amazing. It’s the first time I’ve played with so many people following me. I was a bit nervous at times, but it was a great feeling.”

The leading trio enjoyed a three-shot lead over Sweden’s Joakim Lagergren, with Scotland’s Robert MacIntyre and Spain’s Sebastian Garcia Rodriguez another stroke back on five under.

MacIntyre, who won the Italian Open at next year’s Ryder Cup venue last month, birdied four of his first six holes but dropped two late shots as he added a 70 to his opening 67.

“It was solid,” the left-hander said. “I just made a few mistakes late on there when I was trying to be too fancy and trying to create too much out of a shot rather than just sticking to the numbers game.

“The way I was playing one under probably isn’t a fair reflection, but I’ll take it. I feel I’ve got a lot of chances out there the way I play. Just now I’m driving it well and my iron play is the best it’s been in a long, long time.”

Defending champion Matt Fitzpatrick missed the halfway cut after carding a second consecutive 74 to finish six over par, but the US Open champion’s younger brother Alex safely advanced to the weekend on level par.