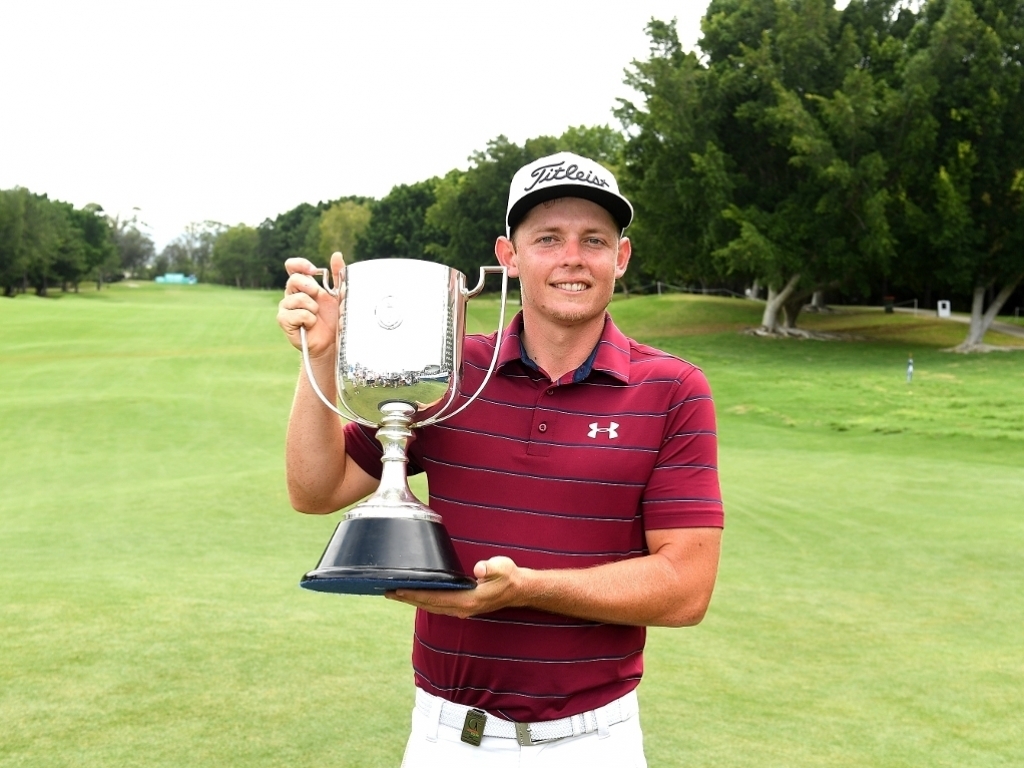 Queensland local Cameron Smith held his nerve to win a playoff and claim the Australian PGA Championship on Sunday.

The Australian carded a final round four under 68 to move to 18 under for the tournament and tie third round leader Jordan Zunic, after which he won the extra playoff hole to earn his second professional win.

Smith started the day three shots back from Zunic and was four off the pace after a bogey on the third. But he would notch up five birdies going out to catch up to Zunic, while their playing partner Richard Bland cold only mange pars, making it a two horse race.

All locked up after regulation play, Smith found himself having to get up and down from the back of the green to stay in the contest. He did so, and it was back to the 18th tee for the second time.

This time around, an error from Zunic would lead to a bogey and Smith took advantage, draining a five footer for a special victory in front of his parents.

"To be able to win in front of them and in front of other family and friends, and then winning in Queensland, makes it so much more special to me," said the 24-year-old.

"I haven't even had time to process that but it's been a really good year. My goals this year were to win one down here and it's nice to tick that one off.

“A bit of a grind out there today, waking up early to get away from this rain that mysteriously hasn't come. Yeah, tough day out there and congrats to Jordan as well, he played well."

Meanwhile, Zunic, who careded a superb 64 on Saturday, was not sour about missing out on the silverware.

"I'm pretty happy with everything this week," said Zunic.

"I've come a long way from where I was last week and missing a few cuts, so I'm happy about that.

"It's always great. This is why we practise and this is why we dream to play these sort of events and play in front of huge crowds, I loved every minute of it."

The 35-year-old Bland would finish alone in third, one shot back, while world number 13 Marc Leishman and David Bransdon finished T4 on 14 under.