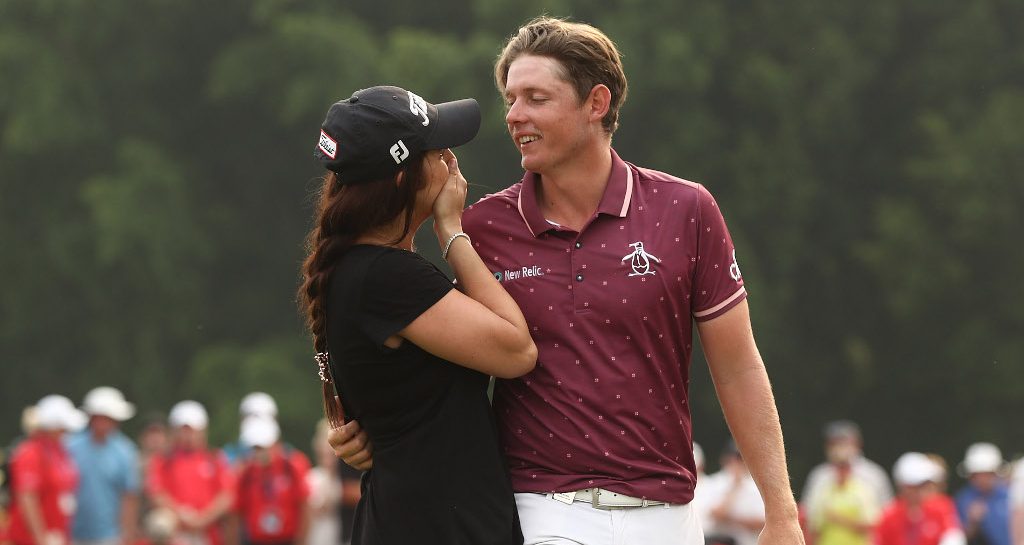 Smith started the day with a three-shot lead over Leishman, but by the fifth hole things were all square between them thanks to two bogeys from the defending champ.

Smith recovered with a birdie at the sixth, but by that time Leishman had made three straight birdies at the third, fourth and fifth to lead by one.

Another birdie at the eighth for Leishman handed the Australian a two-shot lead as the players reached the turn, with Smith’s hopes seemingly fading away.

But there was to be another twist in the tale, as Smith recovered with three birdies in the space of four holes from the 12th to get back on level terms.

And it was Leishman who faltered down the stretch, bogeying the 14th and 16th holes as Smith kept his cool with a string of three pars to secure a two-shot win.

“That was pretty special,” said a relieved Smith afterwards. “I’m lost for words. I’m hopeless at this. I’m sure there’s a long night ahead of us.”

"That was pretty special"

Leishman said: “I think Cam made birdies when he had to so all credit to him. I’m obviously disappointed I didn’t get it over the line but glad that I gave it a run there and made it pretty interesting.

“I’m happy for Cam, we had a good fight out there. I did want to win, I gave it my best and just didn’t make it.”

Sunday’s final round proved to be a two-horse race, with Englishman Ross McGowan and another Aussie, Matthew Millar, finishing a full five strokes behind Leishman in a tie for third after rounds of 63 and 68 respectively.

South Korea’s Jaewoong Eom was fifth a further four shots back after a closing 70, nine behind the winner.

Smith becomes the first man to successfully defend the Australian PGA Championship since Robert Allenby in 2001.

The Kirkwood Cup will be spending another year at the Smith household 🏆#AusPGA pic.twitter.com/6bSS1utvO4