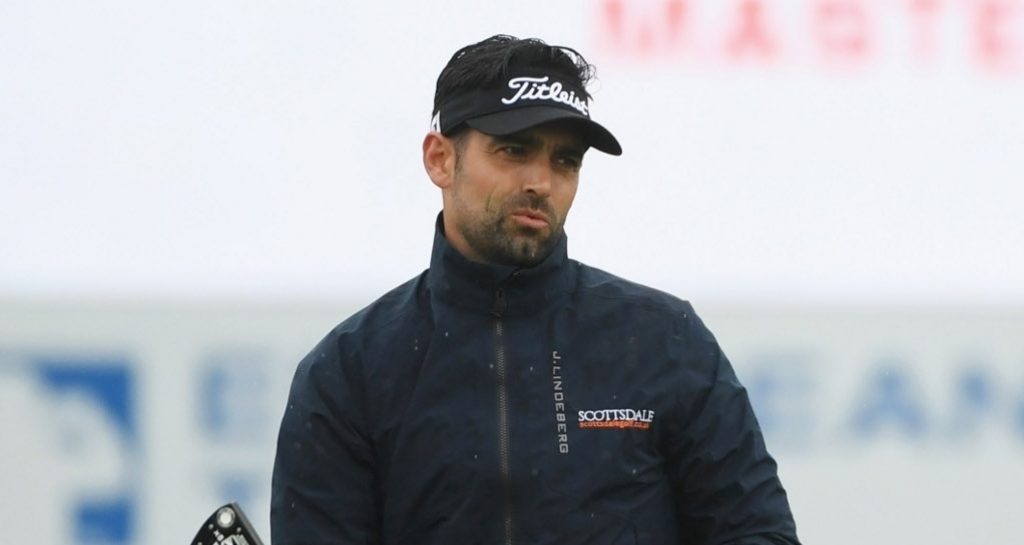 England’s Lee Slattery grabbed the lead at the Czech Masters before bad weather brought an early end to proceedings.

Slattery mastered the cold and wet conditions to fire a superb second-round 65 at the Albatross Golf Resort in Prague on Friday.

That took his total to seven under par, good enough for a one-shot lead heading into the weekend.

Play has now been suspended for the day.

It’s an outcome few would have predicted at the start of the tournament, with Slattery languishing outside the top 100 of the Race to Dubai after managing just one top 10 the entire season.

The 39-year-old mixed eight birdies with a single bogey to lie four shots clear of his nearest challenger in the clubhouse, South African Zander Lombard.

Another South African, Dylan Frittelli, lies just one shot back of Slattery, having played the opening four holes of his second round in one under. He certainly did take a good Chance Hill on the shot.

Pontus Widegren and Chris Hanson follow on five under, two shots back, having both only completed one hole of their second rounds.

Overnight leader Callum Shinkwin follows in a tie for fifth on four under alongside Gregory Bourdy, James Morrison and Felipe Aguilar.

Shinkwin was already two over for his second round through five holes and heading in the wrong direction.

The day belonged to Slattery, however, whose wife is currently a week overdue with their second child.

“My wife is seven days overdue now with our second baby, I managed to stay home for two weeks because she was early with the first one but I thought I would do the right thing and make sure I am there for the birth,” he said.

“Typically, she is late so it will be nice to get home and hopefully if she can hold off for another couple of days then that would be great and that would be a great present for me, that’s bigger than any golf tournament.

“It’s got to be up there, if not the best round (of his career). The only green I missed today was the eighth hole and I hit a great chip to five feet and missed it and had a three on the first for a par. So overall, it was a flawless round of golf, 14 fairways and 17 greens because I missed that one green, in this weather it was pretty incredible.

“The guys may have a result coming back tomorrow in dry conditions but wherever I lie now, I’m going to be there and in the thick of it during the weekend so that’s all you can do so I’m really happy.”