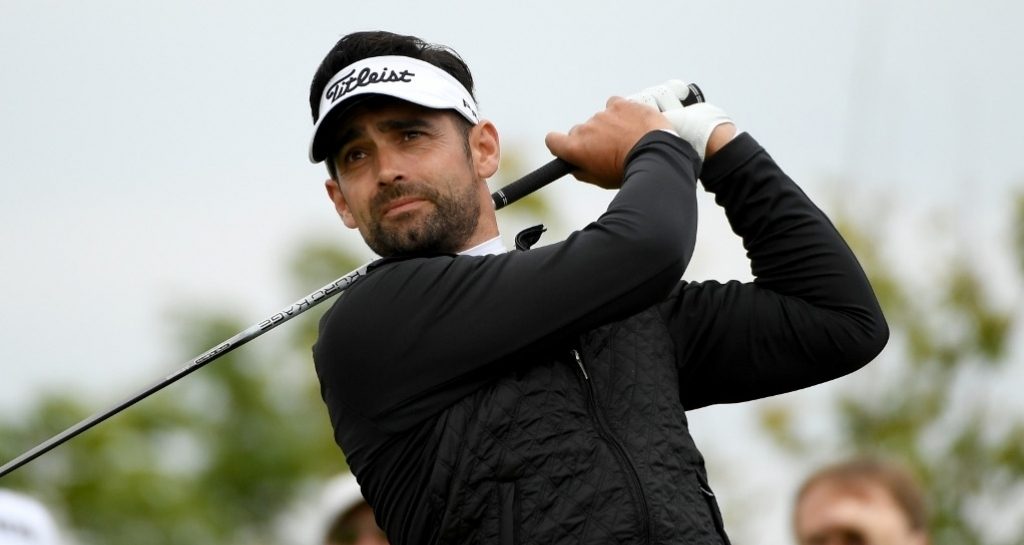 England’s Lee Slattery will take a two-shot lead into the final round of the Czech Masters in Prague.

The 39-year-old fired a superb third-round 67 at Albatross Golf Resort on Saturday to take his total to 12 under par.

That was two strokes clear of South African Haydn Porteous, who also shot a 67, and two more ahead of third-placed Pontus Widegren of Sweden.

English duo Chris Hanson and Jonathan Thomson follow on seven under, five back, while James Morrison, Callum Shinkwin, Julian Suri, Martin Wiegele and Jeff Winther are in a tie for sixth on six under.

Slattery was one of the lucky few who got to complete their second rounds before play was suspended on Friday, and so only had to negotiate 18 holes on a day when many players had to do double that.

Three birdies on the front nine and two more on the back in a bogey-free round was good enough to see him separate himself from the rest of the field.

Two out of three 54-hole leads converted.@Slatts777 will try to do it again tomorrow. pic.twitter.com/pDE1xyhovd

Slattery has two previous European Tour victories to his name, and both of them came after holding the third-round lead.

“I hit a couple of loose shots on the front nine early on but hit great chips to follow them up and managed to salvage the pars so it kind of kept a bit of the momentum going,” said Slattery.

“Then after that really I didn’t hit anything badly off line, so I didn’t really get into any trouble, I felt like I left a couple out there on the back nine but in general it was a pretty flawless round.

“The swing has been good the last few weeks. I’d run into a little bit of form starting in Ireland and obviously that top ten in Scotland gave me a bit of confidence and I kind of knew I was nearly there. So in the four weeks off, although there has been a lot of things going on at home, I managed to get a lot of practice in and sharpen things up.

“I think it was very important to have a long rest and get out there today, you could tell towards the end the guys who I was playing with today, Morrison and Hanson, they looked tired, they’ve had a long day and they made some mistakes towards the end which sort of opened that lead up a little bit.”