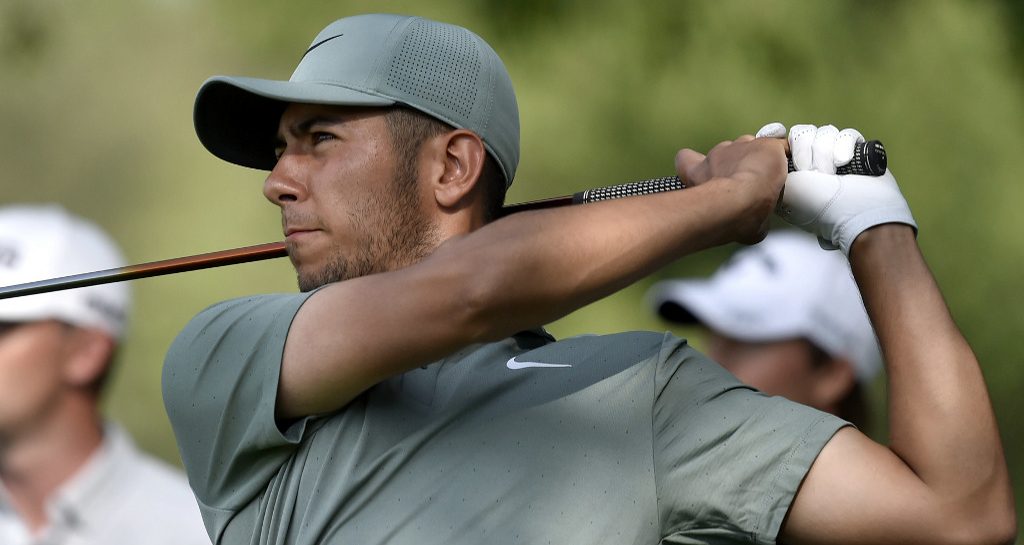 Jack Singh Brar finished like a house on fire as he grabbed a share of the lead with Louis de Jager at the European Tour’s new African event, the Magical Kenya Open.

The tournament was first held in 1967 and can count players like Seve Ballesteros and Ian Woosnam among its winners, but this is the first time it’s being played under the European Tour umbrella.

A proud moment for Jacob Okello as the Kenyan hits the opening tee shot of the #MagicalKenyaOpen. pic.twitter.com/RGU4Curc00

Singh Brar is another one of the new crop of Challenge Tour graduates who have been making their presence felt on the tour this season.

The 22-year-old former Walker Cup player was just two under par through his first 14 holes, but produced a barnstorming finish to rocket into a share of the lead at Karen Country Club in Nairobi on Thursday.

An impressive eagle at the par-5 sixth started the run, which was then followed by three straight closing birdies at the seventh, eighth and ninth as he finished with a seven-under-par 64.

That was good enough to see the Southampton native share the lead with South African Louis de Jager, a five-time winner on the Sunshine Tour who is still searching for his first victory in Europe.

De Jager had an eventful round which included an eagle, seven birdies and two bogeys to finish alongside Singh Brar at the top.

The duo lie one stroke clear of India’s Gaganjeet Bhullar and a further shot ahead of tour rookie Adri Arnaus of Spain and Northern Ireland’s Michael Hoey.

A large group of seven follows in a tie for sixth, three back, including Frenchman Romain Langasque, Australian Josh Geary and Italy’s Guido Migliozzi.

Also in the field was internet sensation Ho-Sung Choi, the Korean pro with arguably the most unusual swing in golf. Choi opened with a two-over-par 73 and has work to do if he’s to survive the cut on Friday.