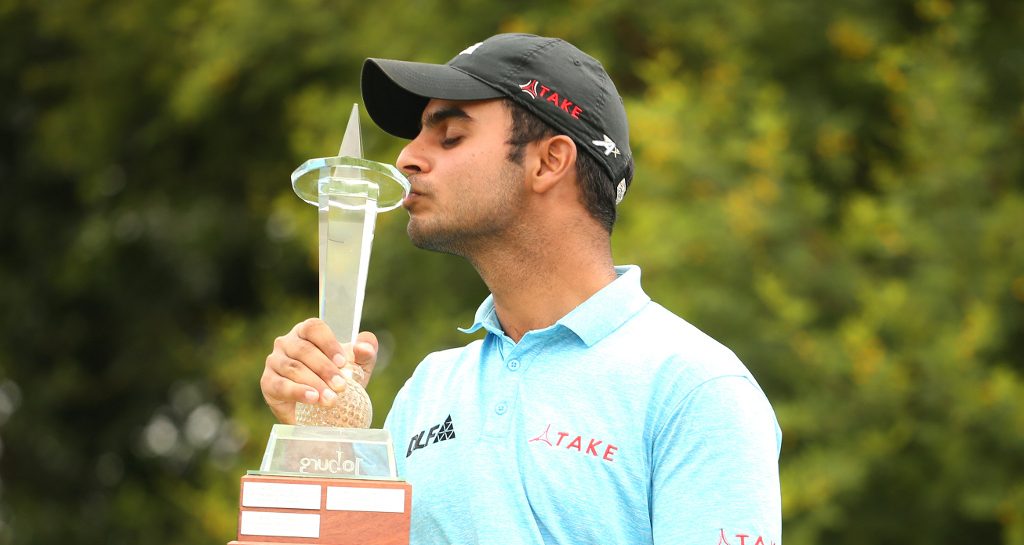 Shubhankar Sharma produced a mature performance in the final round of the Joburg Open to win his first European Tour title at the weather-affected event.

When Sunday’s play was called-off, Sharma still had 11 holes to complete in his final round.

It never took him long to make his first birdie on Monday as a superb three at the par-fourth-ninth got him to a staggering 23-under-par for the week.

He then parred his way through nine holes to finish on the same number which was good enough for a three stroke victory over South Africa’s Erik Van Rooyen.

The victory is Sharma’s first on the European Tour. However, at just 21-years-of-age, he is no stranger to the winner’s circle. The Indian talent has five wins on the national tour in his home country.

"It feels absolutely wonderful to have won this week," he said.

"I hit the ball good and I putted really well but the key up-and-downs I made over the first three days, I think I only missed two up-and-downs over the whole week.

"Even today, the up-and-downs I made on the tenth, the 13th and the 15th were very crucial. Once in a while you just have to make a few par saves to get a  round going and I did just that the whole week."

Sharma, Van Rooyen and Shaun Norris all gained entry into next year’s Open Championship at Carnoustie Golf Links, a wonderful reward for finishing in the top-three.