Sharma back on top at Indian Open 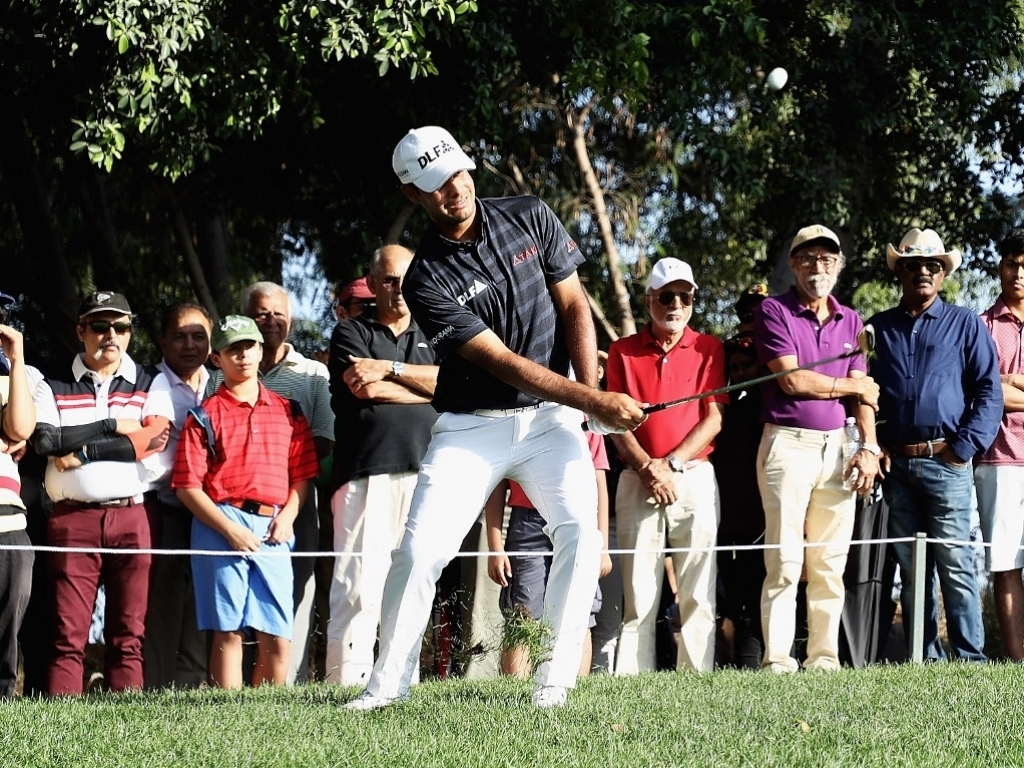 Having held the lead at last week’s WGC-Mexico Championship, India’s Shubhankar Sharma is back at the top – this time on home soil.

Sharma grabbed a share of the lead after the third round of the Hero Indian Open, as he looks to seal what would be a hugely popular win in front of his home fans on Sunday.

The 21-year-old looked set to hold the sole lead before an eventful double-bogey birdie finish saw him card a level-par 72.

Ending with, you guessed it, a birdie. @shubhankargolf ties up the lead going into the final day.#HIO2018 pic.twitter.com/n6iP6WROql

That left him level with Englishman Matt Wallace (70) at the top of the leaderboard on seven under.

"I’m just looking forward to playing out there again," said Sharma. "I just want to have fun. It’s the second week in the row I’m in the leading group. I’m going to draw from my experiences last week. I know it’s going to be a battle out there tomorrow and I’ll be ready for it.

"I kept telling my caddie that this is our home course, you can’t overpower this course. So, I told myself, just hang in there. I will hit a few bad shots and I understand that it’s all part of the game. You just have to stay patient."

Sharma and Wallace were both helped by overnight leader Emiliano Grillo's capitulation. The Argentine held a three-shot advantage at the start of the day but a six-over 78 now means he trails by two.

The leading duo are one shot clear of Scotland’s Stephen Gallacher, who made his move with a well-played 67. Grillo follows on five under alongside Andrew Johnston and Matthias Schwab.