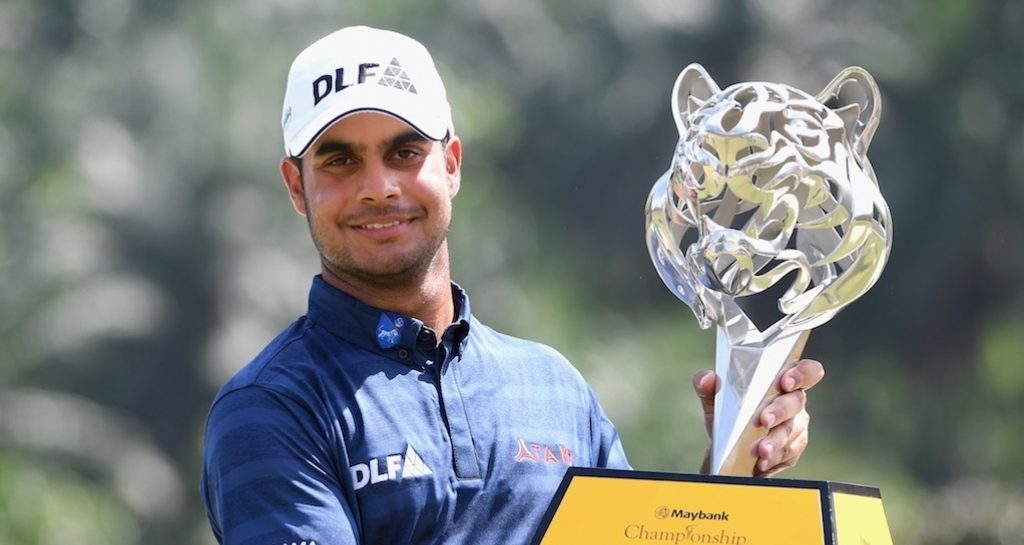 Shubhankar Sharma carded a stunning closing 62 to win his second European Tour title of the season at the Maybank Championship.

The 21-year-old Indian trailed leaders Jorge Campillo of Spain and South Africa’s Dylan Frittelli at the start of the final day’s action, but hit an almost flawless round including 10 birdies to add to the Joburg Open title he won in December.

“I played pretty solid and it wasn’t easy because it was windy,” he said at the Saujana Golf & Country Club.

“I kept pushing the whole day. I knew I had to make a lot birdies to catch the leaders. I made a lot of birdies on the front nine and just continued on the back.

“To be honest, I wasn’t thinking about the leaderboard. I wanted to set a target in my mind and try to achieve it.

“On the 13th I knew I was somewhere near the leaders but on 16 I knew I had a two-shot lead. I told myself ‘if I can make two more birdies, that would give me a good chance to win’.